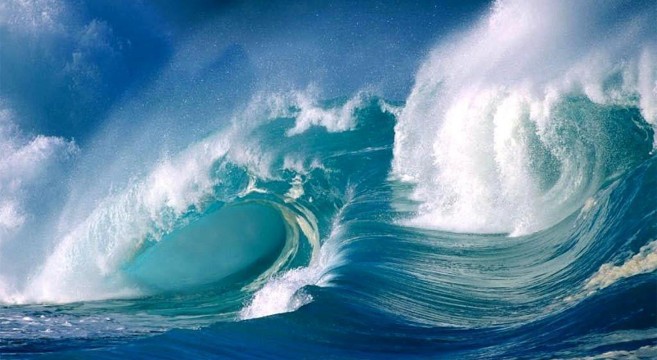 There is a terrifying amount of data rolling in which is confirming one of our most terrifying nightmares — the oceans of Earth are dying, and for the most part are already dead.  We have killed the top predators of the oceans (i.e. sharks: more than 200,000 are killed each day for shark fin soup in Asia) and tipped the balance, meaning our oceans are falling like a house of cards.  When we lose our sharks we lose our balance, and when we lose our balance we will see a devastating surge in jellyfish and squid which will lead to ocean acidification, and suffocate every living ocean creature that depends on oxygen — as well as the creatures on land.  This is already happening.  Jellyfish are being noticed in unprecedented levels in our oceans, with fishermen pulling up unimaginable quantities in fishing nets, and ship crews noticing never before seen numbers of jellyfish everywhere around the world, as well as “dead zones” where no life is visible on air or underwater whatsoever.  Just last week a nuclear power plant in Sweden had to be shut down because jellyfish clogged the water intake lines for the first time in the history of nuclear power.  You can read the full story entitled “The Ocean Is Broken” by visiting TheHerald.com.  The oceans of Earth are estimated to be between 3.8 billion to 4.2 billion years old.  To learn how you can help, and to watch an extraordinary series of must-see documentaries on the subject, you must visit the One Ocean Project at OneOcean.cbc.ca.