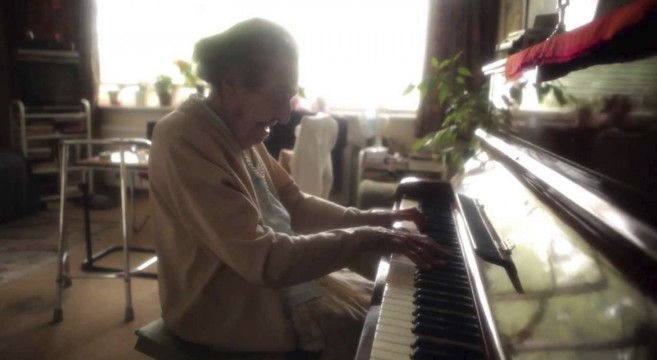 The Science Of Survival & The Powerful Secrets Of Human Resilience

What is taking place inside the human condition that fuels the human soul with an abundance of light when it is faced with so much darkness?  The stories are endless: a woman nearly killed by a shark and survives; prisoners of war who somehow manage to keep their heads up high and make it out alive; a family of young kids who live through years of abuse at the hands of their mother, and come out brilliant and confident on the other side?  These are some of the stories profiled by Susan Spencer of 48 Hours, and in the following report from Spencer we get a glimpse of the science and secrets behind mankind’s ability to keep on keepin’ on.

There are few examples of human perseverance more majestic than the life story of 109-year-old Holocaust survivor Alice Herz Sommer.  Her remarkable story was recently captured in the extraordinary documentary The Lady in Number 6, easily one of the most inspirational stories ever captured on film.  Alice is the world’s oldest pianist and oldest Holocaust survivor, and in the film she shares her views on how to live a long happy life.  She discusses the vital importance of music, laughter and having an optimistic outlook on life.  This powerfully inspirational documentary tells her amazing story of survival and how she managed to use her time in a Nazi concentration camp to empower herself and others with music.

You can watch The Lady In Number 6 online by visiting NickReedEnt.com, and be sure to follow the film on Twitter and Facebook.  The brilliant film was recently shortlisted for an Academy Award nomination for Best Documentary Short.