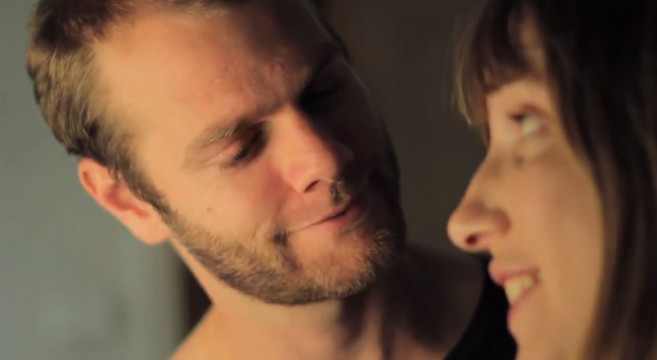 English is the third leading language in the world, spoken by 5.52% of the world population (365 million people).  For those of us who use English as our primary language, it’s difficult to imagine what it might sound like to someone who does not speak it — until now.  Brian Fairbairn and Karl Eccleston are Sydney-based filmmakers (BrianAndKarl.com), and recently they created a hilarious yet brilliant video which provides an accurate look at how English sounds to a non-anglophone.  The duo invented a fictitious language which they call “Skwerl”, and in the following video starring Fiona Pepper and Thom Jordan, we see Skwerl demonstrated in conversation.  The world’s most dominant language is Mandarin (14.1% of the world’s population, 935 million), followed by Spanish at #2 (5.85%, 387 million), Hindi at #4 (4.46%, 295 million), Arabic at #5 (4.23%, 280 million), and Portuguese at #6 (3.08%, 204 million).  English is a West Germanic language that was first spoken in early medieval England and arose in the Anglo-Saxon kingdoms of England and what is now southeast Scotland. Following the extensive influence of Great Britain and the United Kingdom from the 17th century to the mid-20th century, through the British Empire, it has been widely propagated around the world, becoming the leading language of international discourse and the lingua franca in many regions.

Previous post:
Saturn’s Massive Hexagonal Storm Seen In Full Color For First Time Next Post:
The WOW Files: Anyone With $1,000 And A Laptop Can Now Sequence DNA