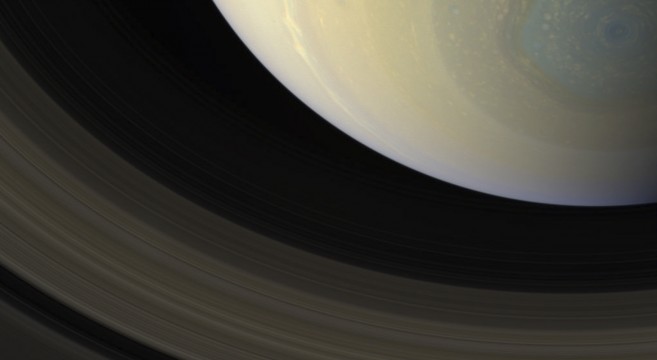 Daily Galaxy writes: “Scientists will be studying the hurricane to gain insight into hurricanes on Earth, which feed off warm ocean water. Although there is no body of water close to these clouds high in Saturn’s atmosphere, learning how these Saturnian storms use water vapor could tell scientists more about how terrestrial hurricanes are generated and sustained.”  Fast forward to last Friday, October 11, 2013, when Cassini got its best vantage point to-date of Saturn’s hexagonal storm — and this time in the exact color in which they appear to the naked eye.  You can see the images in full below, which were assembled by Val Klavans for the IMAX movie In Saturn Rings.  You can learn much more about the hexagonal storm, including timelapse video, by CLICKING HERE. 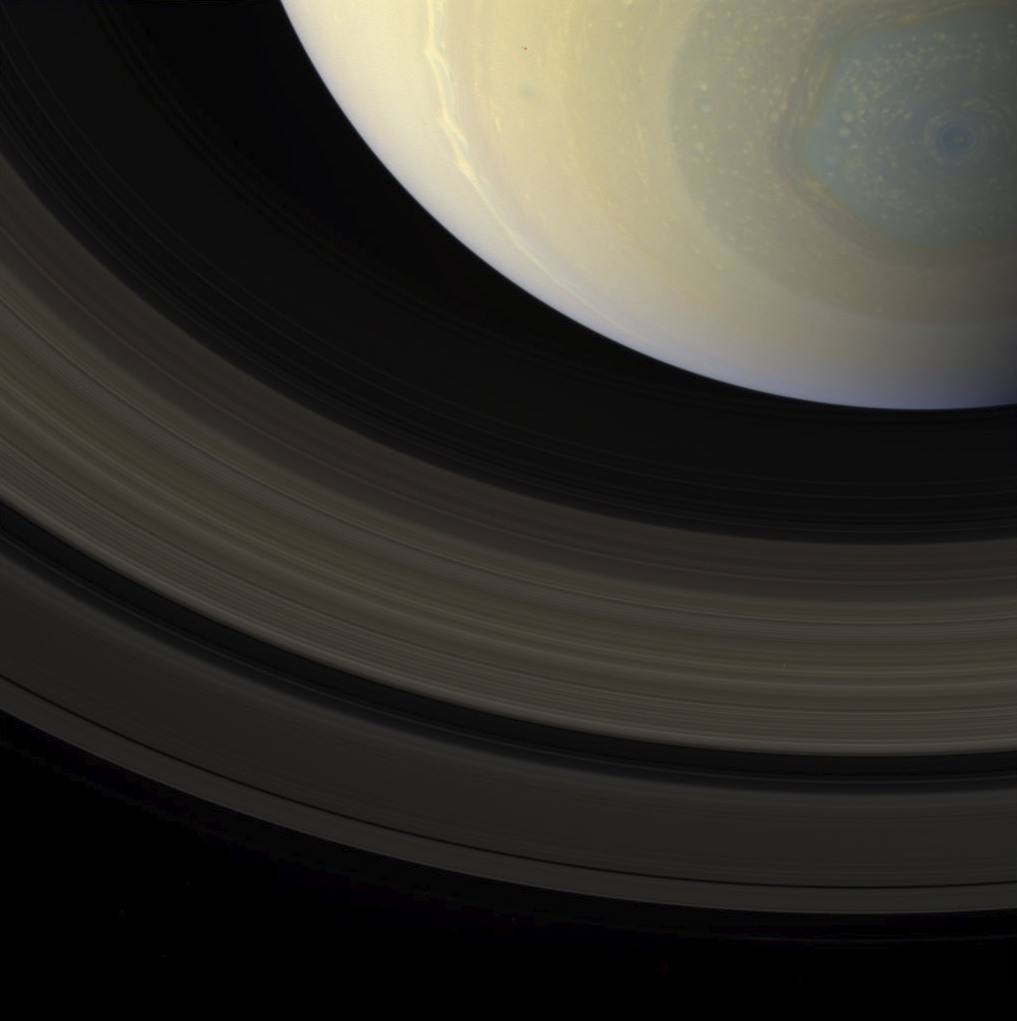 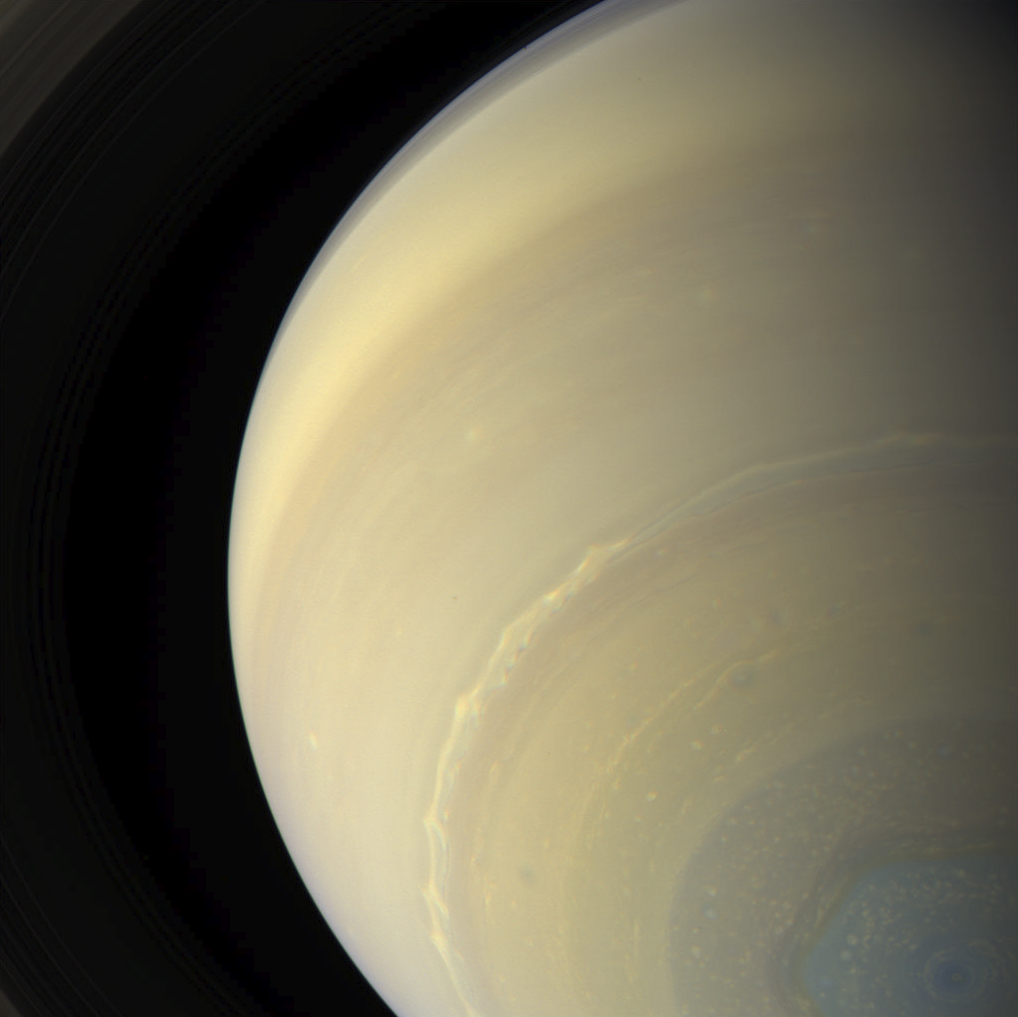 Previous post:
Watch Yo-Yo Ma As He Performs For President John F. Kennedy Next Post:
This Is What English Sounds Like To Someone Who Doesn’t Speak It