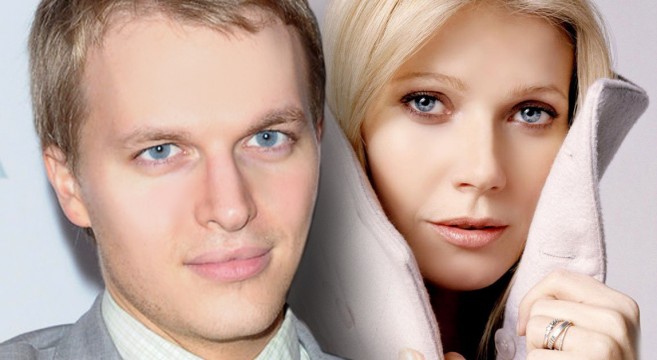 Things are looking all shades of rose for Mia Farrow and Frank Sinatra’s gorgeous and brilliant son Ronan Farrow (born December 19, 1987).  Ronan made international headlines recently when his mother announced to VANITY FAIR that her son’s biological father is Frank Sinatra and not Woody Allen (READ THE FULL STORY HERE).  With the spotlight aimed squarely on Ronan, the media quickly began to realize this 25-year-old blonde and blue-eyed heart throb is no average celebrity kid — he’s in fact one of the most brilliant young minds in American politics.

Ronan Farrow is a human rights activist, freelance journalist, lawyer and government official, and served as a foreign policy official in the Obama Administration, founding the State Department Office of Global Youth Issues and reporting to Secretary of State Hillary Rodham Clinton as the United States’ first Special Adviser for Global Youth Issues during the Arab Spring revolutions.  Clinton highlighted Farrow’s work and the youth engagement policy they designed in a 2012 speech in Tunisia.  He assumed this role following two years as the State Department’s Special Adviser for Humanitarian and NGO Affairs in the Office of the Special Representative for Afghanistan and Pakistan.  Farrow’s writings have appeared in the Los Angeles Times, the International Herald Tribune, the Wall Street Journal and other publications, focused primarily on human rights issues in the Horn of Africa.  He has appeared as a frequent commentator on major networks and as an expert witness before the U.S. Congressional Human Rights Caucus.  Farrow has spoken extensively on engaging with marginalized people such as youth and women’s groups, including in recent commencement addresses at Dominican University of California and Bard College at Simon’s Rock (later selected by the Huffington Post as one of 2011′s top ten commencement speeches).  In 2008, Ronan Farrow was awarded Refugees International’s McCall-Pierpaoli Humanitarian Award, for “extraordinary service to refugees and displaced people.”  In 2009, he was named by New York Magazine as their “New Activist” of the year and included on its list of individuals “on the verge of changing their worlds”.  In 2010, Harper’s Bazaar named him their “up-and-coming politician” of the year.  Forbes Magazine ranked him number one in Law and Policy on their “30 Under 30″ Most Influential People list for 2012. He was included again in 2013.  Farrow is a graduate of Bard College, Yale Law School and is a Rhodes Scholar (the Rhodes Scholarship is the world’s most prestigious scholarship.  Some other famous Rhodes Scholars include Bill Clinton, Naomi Wolf, and Terrence Malick).

Ronan’s brilliant career caught the attention of executives at MSNBC months ago, long before his life story was printed in the pages of VANITY FAIR, and yesterday the network announced they are giving Farrow his own show.  The following is an excerpt from the MSNBC press release: “NEW YORK – October 16, 2013 – Ronan Farrow has joined MSNBC as the host of a new show currently in development.  The weekday, one-hour program will begin in early 2014.  The announcement was made today by Phil Griffin, President of MSNBC.  Farrow, a writer, human rights lawyer, and former government official will also contribute to msnbc.com and across the platforms of NBC News.  ‘Ronan has established himself as a provocative, independent journalist capable of challenging people’s assumptions and empowering audiences,’ said Griffin.  ‘His show will be a game changer for MSNBC, representing a fresh approach to how we deliver news.’  Farrow says: ‘This is a new generation of news show for a new, more engaged generation of viewers.  It’s a show about why the news matters to you — and what you can do to be a part of the story.  I’m excited to shake up people’s expectations for cable news.  And to get a ton of Twitter followers.’  MSNBC  has been in development talks with Farrow for several months.”  Be sure to follow Ronan Farrow on Twitter.

But as one high profile career begins to skyrocket, another begins to crash and burn.  The Huffington Post reports this morning that VANITY FAIR is set to publish an “epic takedown” of Gwyneth Paltrow in the near future, despite the fact that the actress tried to sabotage the piece.  HuffPo writes: “Editor Graydon Carter sat down with The Times of London’s Janice Turner to discuss the 100th issue of the iconic Hollywood magazine recently and the topic of the Oscar-winning actress came up.  Last month, the New York Times reported Paltrow had been asking friends back in May not to deal with VANITY FAIR when she found out about plans for the feature.  She’d been asked to collaborate on the piece herself but declined.  Page Six’s sources noted she was concerned after the magazine ran unflattering profiles of Tom Cruise and Brad Pitt.  ‘VANITY FAIR is threatening to put me on the cover of their magazine,’ she wrote in an email to those close to her, according to the New York Times.  ‘If you are asked for quotes or comments, please decline.  Also, I recommend you all never do this magazine again.’  … Alas, Paltrow’s resistance seems to have only made Carter more determined to publish.  ‘We started a story on her.  We have a very good writer and it’ll run.  She sort of forced my hand,’ he told The Times of London.”