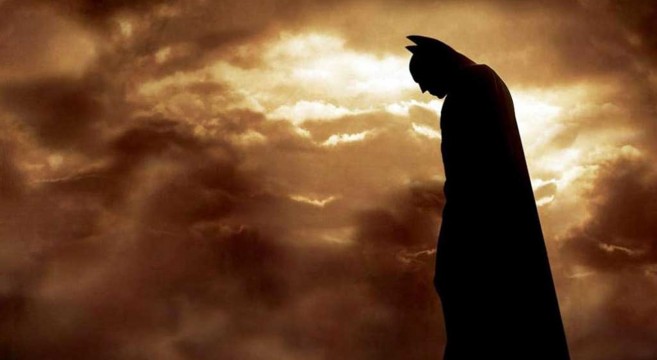 The Republican Party is in a very dark place, now even more so since their embarrassing defeat in shutting down the U.S. government for two weeks and having absolutely nothing to show for it in the end.  The misplay will go down as one of the worst strategies of all time in U.S. political history.

So what does the future hold for the Republican party which finds itself split between the hard-right Tea Party members and its more bipartisan establishment wing?  Potentially something very disturbing, as The Washington Post reported yesterday.  A dark new ideology is emerging out of some corners of the GOP, and it’s being nicknamed “The Gotham Theory”.  The premise was born out of the fact that the Republican Party can not sustain itself in its current form.  In order to avoid a civil war within its ideological ranks, the party needs to bottom out in order to rebuild itself successfully.  “Sometimes when a system is broken, it’s better to let it/push it to failure rather than prop it up and let it limp along,” explained Matt McDonald, a veteran of the several Republican presidential campaigns and now a partner at Hamilton Place Strategies, a nonpartisan consulting firm, who sat down with The Washington Post.  “That way you get to start fresh.”

The theory’s nickname comes from its parallels with the mythology of Batman, particularly Batman Begins and the character Ra’s al Ghul (Liam Neeson) who, as The Washington Post writes: “heads a group set on destroying Gotham, allegedly for its own good.  The theory is that Gotham has fallen too far to be saved and that the best thing that can be done for it in the long run is to hasten its demise.  Ghul’s own explanation from the film reads as follows: ‘Gotham’s time has come.  Like Constantinople or Rome before it the city has become a breeding ground for suffering and injustice.  It is beyond saving and must be allowed to die.  This is the most important function of the League of Shadows.  It is one we’ve performed for centuries.  Gotham … must be destroyed.'”

The Washington Post reports a number of Republican members are embracing The Gotham Theory, but the theory’s full force would not be unleashed until after the 2016 presidential election.  WP‘s Chris Cillizza writes: “The problem with The Gotham Theory?  One man’s low point is another man’s high point (i.e Senator Ted Cruze Cruz)  As in, there is a real chunk of Republicans — both in and out of Congress — who view the events of the last few weeks as a step in the right direction, not the wrong one.  They don’t view it as the party moving closer to bottoming out but rather toward a return to principle, which, they believe, is the ultimate path back to the presidency.  That means that a reckoning might well not come until 2016, when it looks like a near-certainty that the establishment (Chris Christie, Marco Rubio, Jeb Bush) and the Tea Party wing (Cruz, Rand Paul) will battle for control of the party.  If the Tea Party wing wins and fails to reclaim the White House — and especially if it comes nowhere close — then The Gotham Theory might be in full effect.”