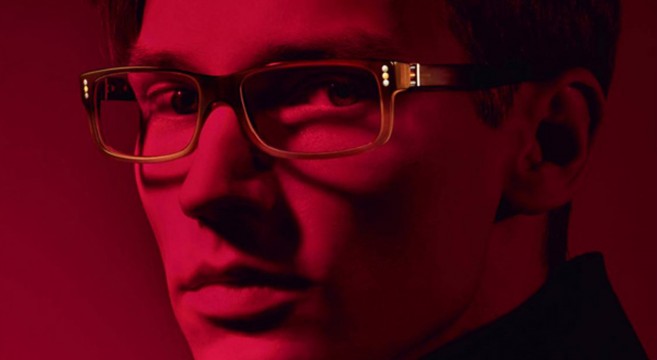 ☛ Philipp Bierbaum stars in the F/W 2013/14 campaign for Cartier eyewear by Richard Burbridge (OHLALAmag)
☛ Anderson Cooper gets adorably close to cutie-pie Boo, the world’s most famous dog, backstage at AC360 (Dlisted)
☛ Gay rapper Cazwell makes another groovy video for the #instastuds with “I Have No Selfie Control” (Towleroad)
☛ Watch chef Eddie Huang’s awesome visit to Mongolia in season 2 of VICE’s Fresh Off The Boat (High Snobiety)
☛ Blake McIver Ewing, the little boy actor from the 90s show The Little Rascals, is 28 now & very sexy (Just Jared)
☛ Kempt takes a fascinating look at the evolution of men’s neckwear from the Romans to the modern tie (Kempt)
☛ Check out this modern Canadian country home designed by Bohlin Cywinski Jackson Architects (Design Hunter)
☛ Everything you need to know about GEMS’ lovely new guitar-strong dreampop track “Medusa” (Disco Naivete)