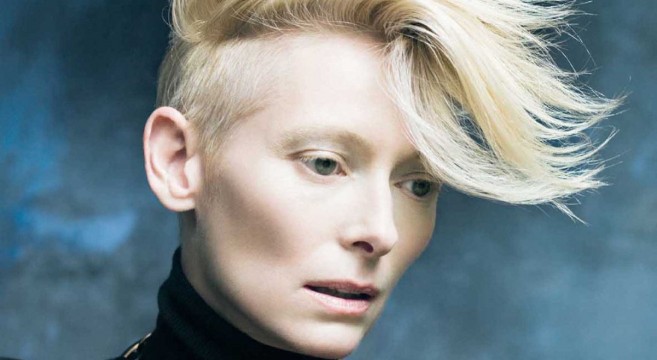 Director Bong Joon-Ho (The HOST) is getting rave reviews for his brand new post-apocalyptic film SNOWPIERCER.  The film is set in the year 2031 where, after a failed experiment to stop global warming, an Ice Age kills off all life on the planet except for the inhabitants of the SNOWPIERCER, a train that travels around the globe and is powered by a sacred perpetual-motion engine.  A class system evolves on the train but a revolution brews.  The impressive star-studded cast includes Tilda Swinton, Chris Evans, Jamie Bell, John Hurt, Song Kang-ho, Alison Pill, Octavia Spencer, Ewen Bremner, Ed Harris, and many more.

The film broke records in Joon-Ho’s native South Korea back in August when more than 1 million viewers saw the film in less than two days of its release, taking in a total box office of $53.6 million in South Korea so far.  This smashed the previous Korean audience record which was also established by Joon-Ho and his smash hit film The HOST.  That sounds like ideal news for the film’s producer Harvey Weinstein, right?  Wrong.  In what’s being dubbed “SNOWPIERCER-gate”, Weinstein announced he would be trimming no less than 20 minutes off the film for its North American audience, and also adding voiceovers in order to make it more understandable for those with an intellectual capacity no greater than a fruit fly.  Like most up-and-coming directors, Joon-Ho has shown his diplomatic skills by downplaying the controversial edit: “We are still in discussions about the cut, but it is clear that this is the only director’s cut you will be able to see,” Joon-Ho recently said.  The edited version will only be “a little bit different,” he says (but VARIETY indicated that according to their sources, “privately he is furious.”)

The film’s more established Hollywood power players are not being as soft spoken about the ridiculous cut.  A furious Tilda Swinton recently made her frustrations with Weinstein loud and clear: “There’s no question that all English speaking audiences deserve to see director Bong’s cut, and we hope very much that we will all see it.  Maybe an effect of the film, it just occurred to me, is that when one has spent two hours in the claustrophobia of this train we can leave the cinema and feel the relief that we can make life wider, so maybe it’s a sort of aversion therapy to sit in the train for two hours,” she added, reflecting on the intensity of the film.  But she pointedly added: “That’s two hours, not one hour and forty minutes.”  We will find out which version of SNOWPIERCER makes it to North American theatres when it is released before the end of 2013.  The film is based on the French graphic novel Le Transperceneige by Jacques Lob and Jean-Marc Rochette which was published in 1983.  For more stories from the world of Tilda Swinton be sure to visit Tilda Swinton on FEELguide.

Previous post:
Go Deep Inside The Chelsea Hotel With Stunning New Photos From Robert Polidori Next Post:
Alice Munro Learned Of Her Nobel Prize Win At 5am This Morning In The Most Unusual Way