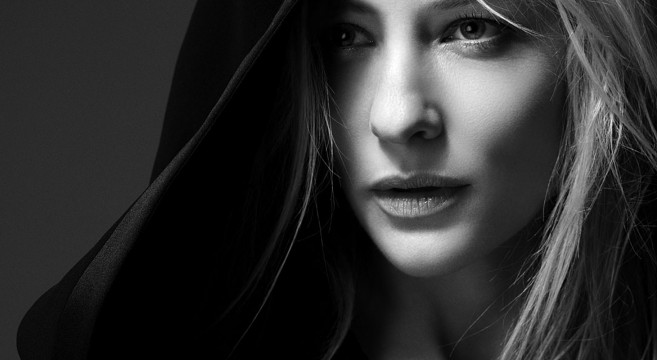 Cate Blanchett was the center of attention at a recent NYFF gala tribute in honor of her extraordinary career. Taking a break from filming Kenneth Branagh’s Cinderella in London, Blanchett joined NYFF programming director Kent Jones on stage for a remarkable conversation about her life, her work, and film at large.  Naturally, Blanchett took some time to share her thoughts on her experiences of having worked with some of the greatest directors of all time.  Woody Allen, for instance, she regards as one of her favorites, and even confesses that playing the role of Jasmine in Allen’s latest masterpiece, Blue Jasmine, is the one role she cherishes the most in her career to-date.  With regards to David Fincher, she is in awe of how he is so far ahead of filmmaking technology, the technology itself is in complete service to him. Todd Haynes is another of her faves, revealing that immediately after watching his 1987 student film Superstar: The Karen Carpenter Story, that she would she “would do anything” for him. Of all her directorial recollections from throughout the evening, perhaps the most intriguing were her memories of working with Terrence Malick.  Diana Drumm of The Playlist was in the audience that night and writes: “When [Blanchett was] asked whether she had been working with him this past year on ‘Knight of Cups,’ Blanchett gave the deadpan answer, ‘I believe I have.’ She went on to describe the shoot as ‘a cross between cinema, philosophy, poetry, and a quasi-religious experience. It’s almost like he’s inventing a new form,’ and shared that ‘he kept saying that he wanted to ‘catch life on a wing” and that ‘you weren’t so much playing characters as you were states of being or moments in time.’ As vague as that reads, it sure sounds like a Malickian experience.”  You can read the full story by visiting The Playlist.

Previous post:
Remarkable Colorized Photos From The American Civil War Next Post:
I’m Madly In Love With THE TALLEST MAN ON EARTH’s “1904”