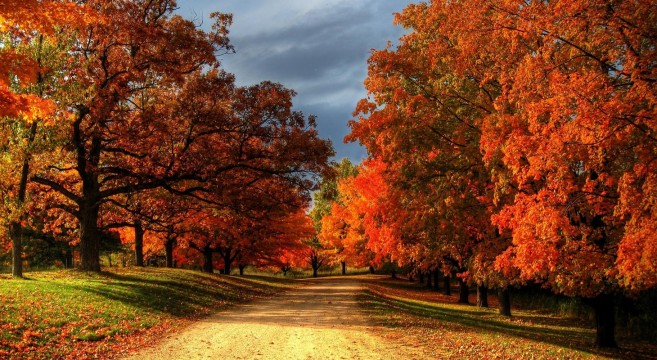 The Real Reasons Why Fall/Winter Has Two Different Names

The fact that the third season of the year has two names is a direct result of the fact that fall/autumn is the newest concept of all four.  Our world has grown so used to the idea of having four seasons that we forget there was once a time when only one season was used to measure the passage of time.  1500 years ago, the Anglo-Saxons used the season of winter to categorize an entire year.

Winter is the oldest known season, marked by the fact that it is a word that is constant over time and across numerous languages around the world for the past 5,000 years. From the 11th to 15th centuries, those who spoke Middle English began to incorporate the concept of summer (from the Germanic word “sumer” which is related to the word “half”), and the year was divided in two halves — the cold one and the warm one.  Meanwhile, in China, the year was also divided in two halves; however, it was divided by autumn (symbolizing adversity) and spring (symbolizing regeneration).  In the West, Middle English began using the word “lent” (religious observance) dating back to the 12th and 13th century.  By the 17th century this word had evolved into “spring”.  The last season to be officially lexicalized was the bridge between summer and winter.  “Autumn,” a Latin word, is first used in the English language in the late 14th century, and gradually became more popular than “harvest.”  In the 17th century, “fall” came into use, almost certainly as a poetic complement to “spring,” and it competed with the other terms.

By the 18th century, “harvest” had lost all use, and the word “fall” became popular with Americans in the 19th century (it was frowned upon by the Brits).  According to Slate, British lexicographers begrudgingly admit that the United States got the better end of the stick. In “The King’s English” (1908), H.W. Fowler wrote, “Fall is better on the merits than autumn, in every way: it is short, Saxon (like the other three season names), picturesque; it reveals its derivation to every one who uses it, not to the scholar only, like autumn.”