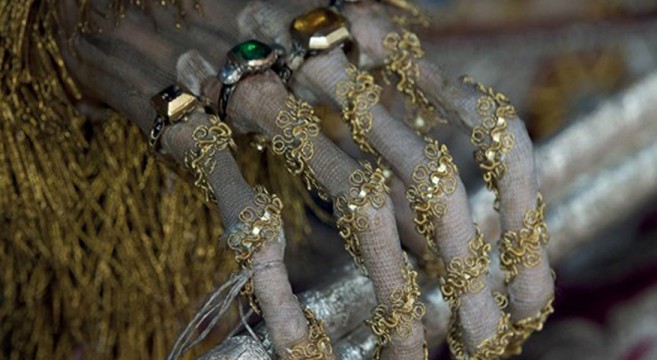 Paul Koudounaris is a photographer with a passion for the beauty found in the ritualistic preservation of dead bodies.  Some might consider his work too grotesque or morbid for their taste, but this would be their loss, for Koudounaris’s photos are quite simply extraordinary.  It’s not unusual to find yourself becoming hypnotized by his photos of skeletons as you stare deeply into them and the lost worlds from which they came.  Koudounaris, best known for his 2011 book The Empire of Death, is back with a brand new book in which he brings us his photos of some of the most jaw-dropping skeletons ever photographed.  Heavenly Bodies (published by Thames & Hudson) takes the reader deep inside some of Europe’s most unbelievable chapels and “bone rooms” filled with the most spectacular skeletons imaginable.

Koudounaris tells DAZED & CONFUSED that his most amazing discovery would never have occurred at all had it not been for an encounter with a local guy in eastern Germany who came up to him and said: “If you’re interested in bones, if you go through this path in the forest you’ll come to this abandoned little chapel with a skeleton standing there covered in jewels and holding a glass of his own blood like he’s offering a toast.”  Koudounaris thought the man was lying, but as these photos prove, the man most certainly was telling the truth.  You can read the full story and see the full gallery of photos by visiting DAZEDDIGITAL.com.  To learn more about Paul’s work be sure to visit EmpireDeLaMort.com.  And to purchase your own copy of Paul’s new book Heavenly Bodies visit ThamesAndHudson.com. 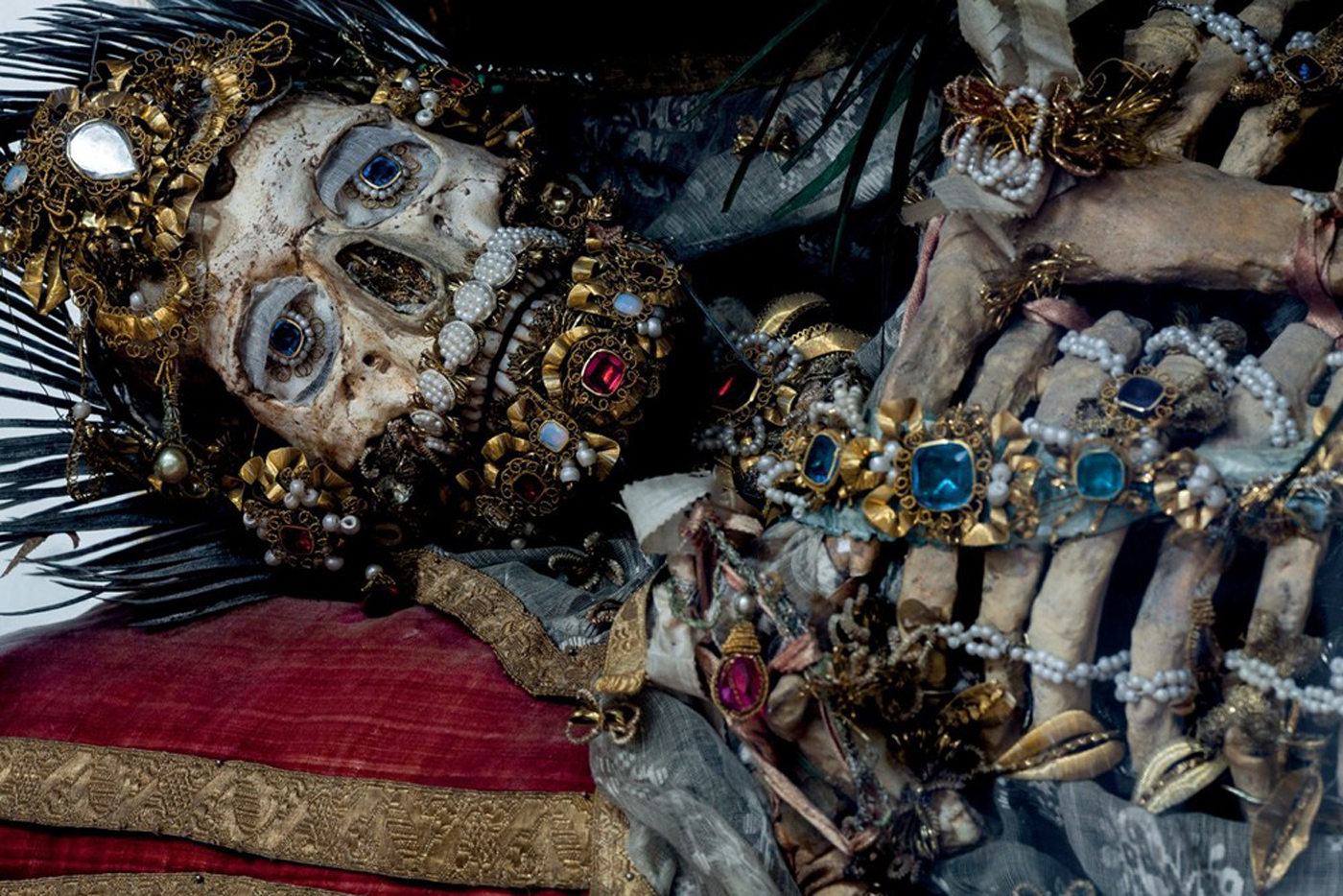 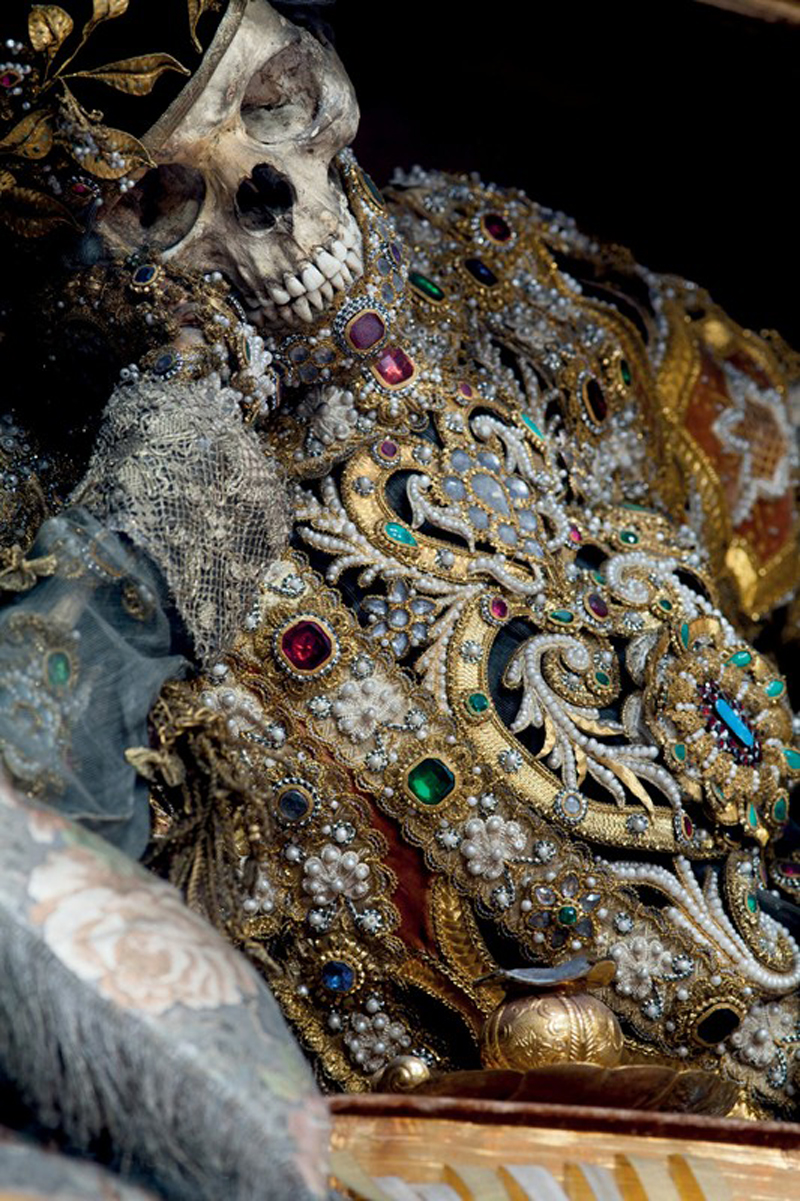 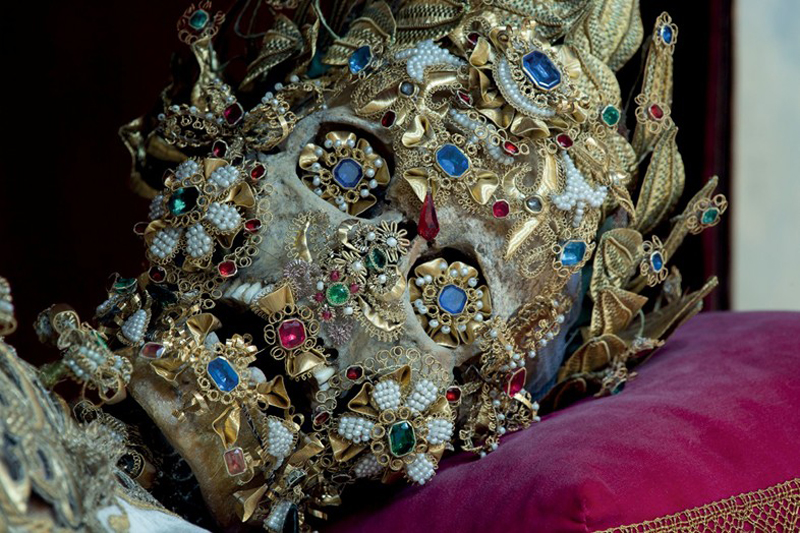 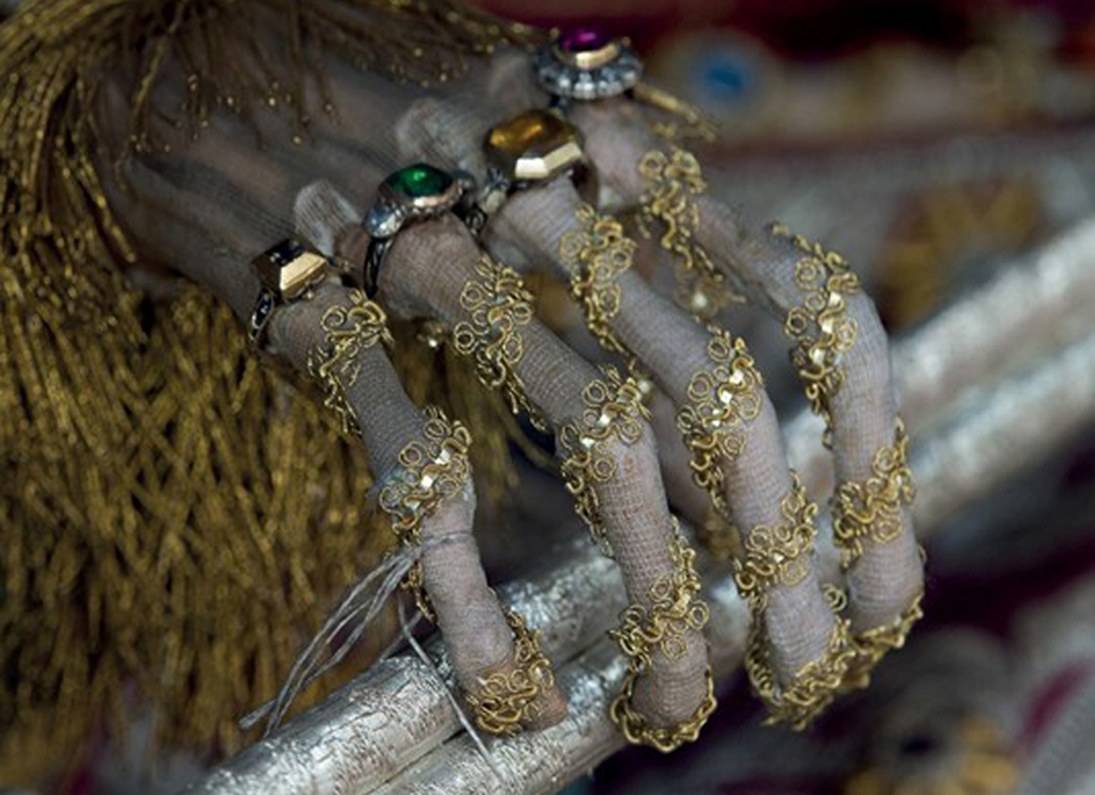 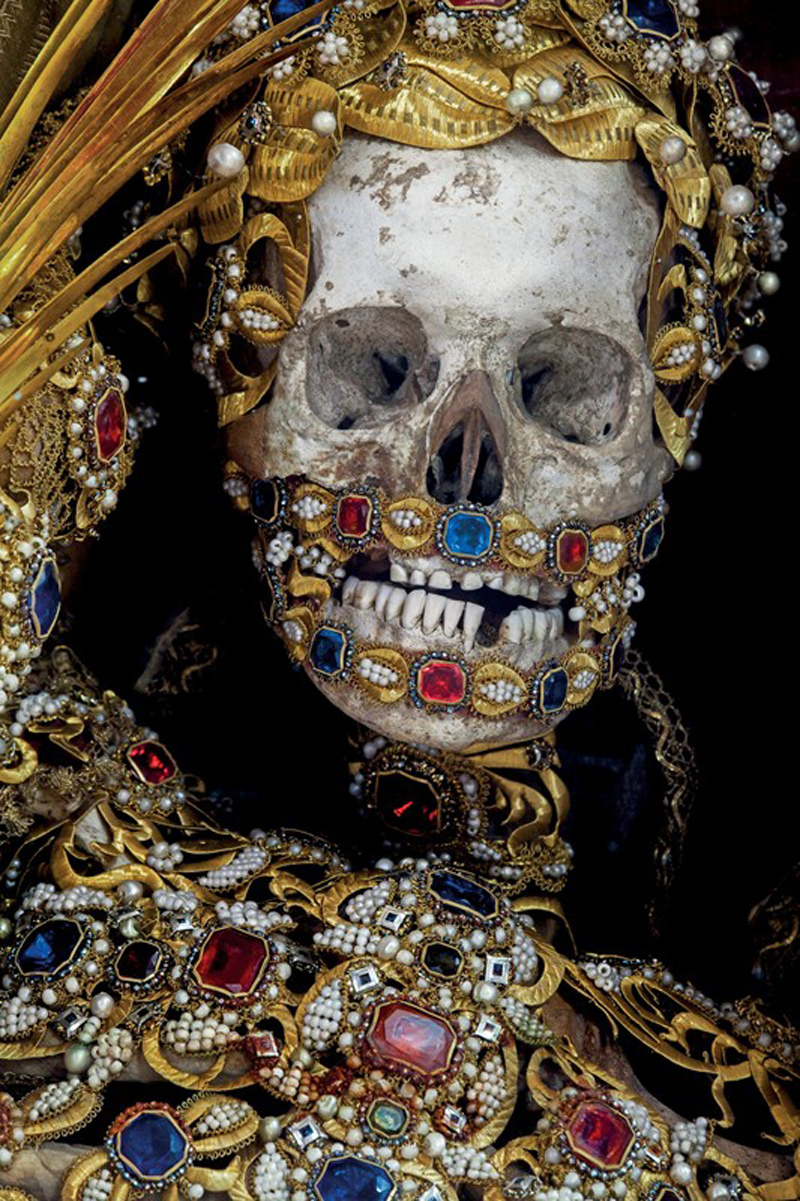 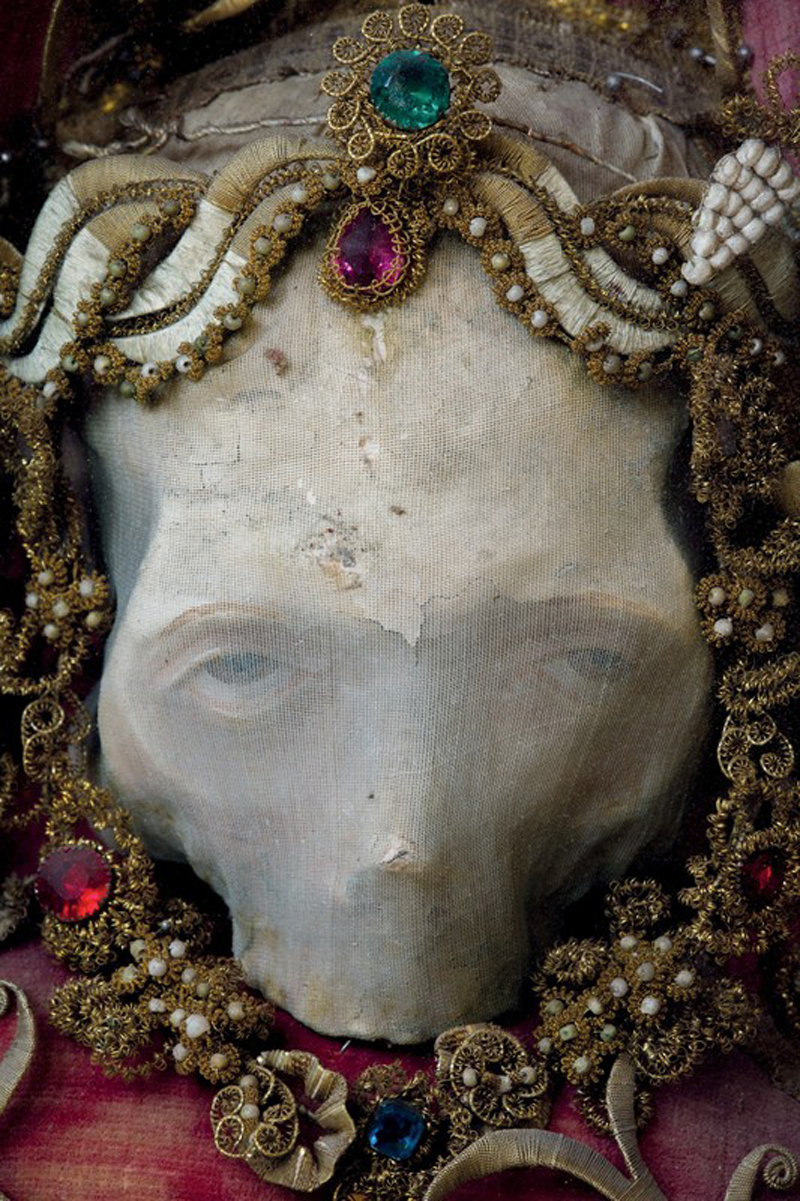 Previous post:
SOLANGE’s “Lovers In The Parking Lot” Is My Favorite Thing In The World Right Now Next Post:
Steven Spielberg & BEACH HOUSE Melt In New Trailer For Lesbian Romance “Blue Is The Warmest Color”