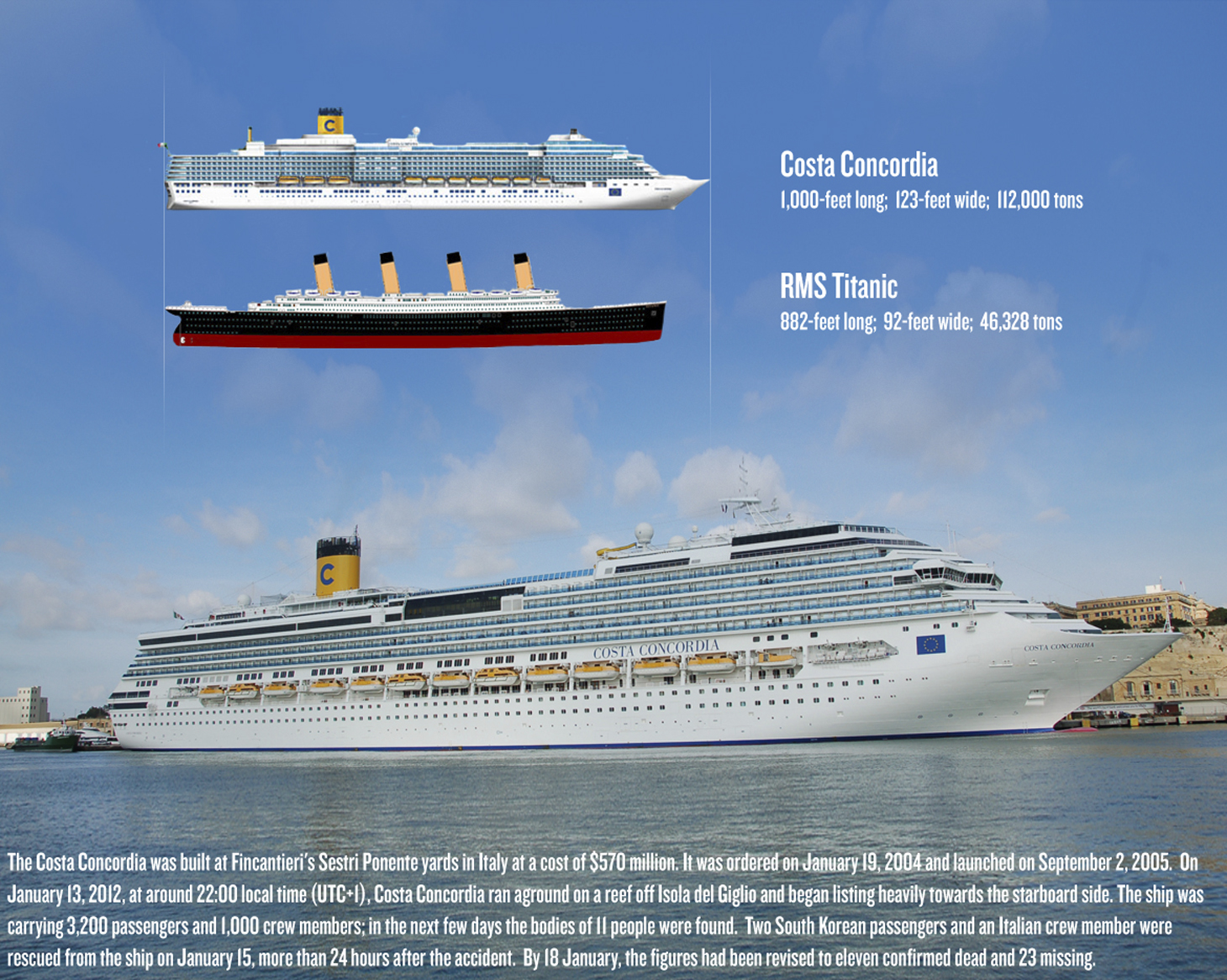 Watch LIVE Stream Of The Costa Concordia Getting Tipped Upright

Ever since it ran aground off the coast of the small Italian island of Giglio in western Italy in January 2012 the Costa Concordia cruise liner wreck has been sitting capsized.  Until this morning, that is.  At this very moment, experts are filling the enormous new ballast tanks (that have been welded to the ship’s side) with water, in order to tip the ship upright.  It has been a painstaking process of engineering and construction, but among the most astonishing insights are the following:

1) The computer model that was created to predict how the ship would behave during the “tipping” process required three supercomputers and upwards of two weeks to process;  2) the ship cannot be cut apart in the sea because of the fact it is smack-dab in the middle of a pristine marine reserve;  3) the amount of steel that was used to build the underwater base platform, as well as the giant rows of steel buoy/ballast tanks that are now welded along each side of the ship was the same amount of steel as three Eiffel Towers.  It is one of the most expensive and daunting salvage operations in human history, and you can watch it live below.  You can also watch Lesley Stahl’s fascinating 60 Minutes report on the engineering that went into this operation by CLICKING HERE.