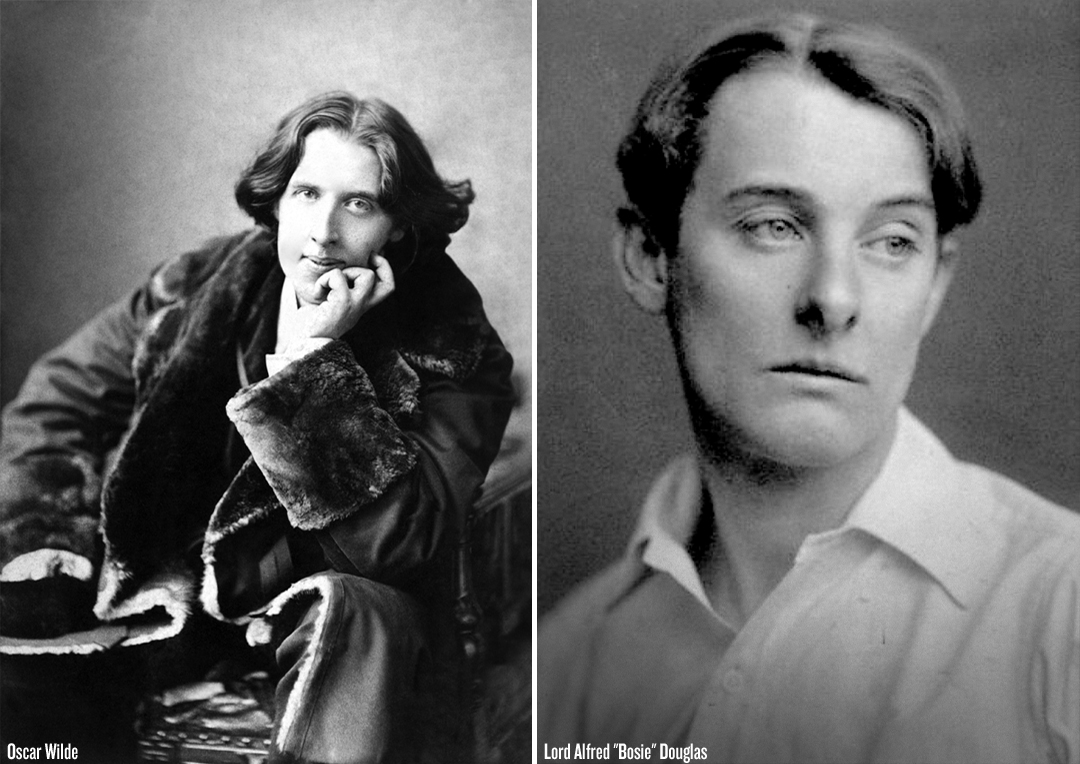 In 2013 it’s safe to say the art of the love letter has lost its way.  These days, a couple in love — especially if they’re young — are more likely to post a love song on each other’s Facebook walls, rather than write a heartfelt note expressing their boundless passion for one another.  Ever the optimist, I’m looking forward to the day when the art and craft of the love letter blossoms in a new golden age.  Should that day come, a powerful source of inspiration would most definitely be found in the love letters Oscar Wilde (1854-1900) wrote to Lord Alfred “Bosie” Douglas.  The pair met in June of 1891 when Wilde was 36-years-old, and Douglas was a 21-year-old Oxford undergrad and talented poet.  Young Alfred would go on to become Oscar Wilde’s greatest love and most passionate obsession.  The following are some samples of Wilde’s letters to Douglas, excerpted from Merlin Holland’s 2003 book Oscar Wilde: A Life in Letters:

My Own Boy,
Your sonnet is quite lovely, and it is a marvel that those red rose-leaf lips of yours should be made no less for the madness of music and song than for the madness of kissing. Your slim gilt soul walks between passion and poetry. I know Hyacinthus, whom Apollo loved so madly, was you in Greek days.
-Oscar Wilde to Lord Alfred Bosie (January 1893)

My Own Dear Boy,
I can’t live without you. You are so dear, so wonderful. I think of you all day long, and miss your grace, your boyish beauty, the bright swordplay of your wit, the delicate fancy of your genius, so surprising always in its sudden swallowflights towards north and south, towards sun and moon — and, above all, yourself.
-Oscar Wilde to Lord Alfred Bosie (July 1894)

My Dearest Boy,
This is to assure you of my immortal, my eternal love for you. Tomorrow all will be over. If prison and dishonour be my destiny, think that my love for you and this idea, this still more divine belief, that you love me in return will sustain me in my unhappiness and will make me capable, I hope, of bearing my grief most patiently. Since the hope, nay rather the certainty, of meeting you again in some world is the goal and the encouragement of my present life, ah! I must continue to live in this world because of that.
-Oscar Wilde to Lord Alfred Bosie (April 1895) on the eve of his final trial for homosexuality

My own Darling Boy,
I got your telegram half an hour ago, and just send a line to say that I feel that my only hope of again doing beautiful work in art is being with you. It was not so in the old days, but now it is different, and you can really recreate in me that energy and sense of joyous power on which art depends. Everyone is furious with me for going back to you, but they don’t understand us. I feel that it is only with you that I can do anything at all. Do remake my ruined life for me, and then our friendship and love will have a different meaning to the world. I wish that when we met at Rouen we had not parted at all. There are such wide abysses now of space and land between us.But we love each other. Goodnight, dear. Ever yours.
-Oscar Wilde to Lord Alfred Bosie (April 1895) shortly after Wilde’s release from prison

You can read much more about the letters’ context by visiting BrainPickings.org.  And to pick up your own copy of Merlin Holland’s book Oscar Wilde: A Life in Letters simply head over to Amazon.  You can also check out a range of high-res scanned copies of Wilde’s letters to Douglas by visiting TheMorgan.og.  Oscar Wilde’s profound gift for communicating love with the written word can arguably be matched by composer Gustav Mahler‘s astonishing talent for composing music.  Mahler (1860-1911) was six years younger than Oscar Wilde, and as Wilde was busy writing his love letters to young Douglas from Oxford in the late 1890s, Mahler was transitioning from a rough patch in his career in Budapest, to happier times in Hamburg.  At long last, Mahler fell in love and eventually married his wife, Alma, in 1902 when he was 42-years-old.  For more than a century, experts had thought Mahler had little or no experience with love until that point, but new evidence is proving otherwise.  The New York Times writes: “Though musicologists who specialize in Gustav Mahler have long taken the memoirs of his wife, Alma, with a grain of salt, most of them have accepted her portrait of him as a fairly chaste ascetic who had few romances before he met her.  Now, two scholars say a recently discovered letter from a Mahler confidante — and sometime lover — Natalie Bauer-Lechner, instead shows that he had numerous affairs and infatuations.”  As it turns out, Mahler was a dirty dog, and you can read the full story by visiting NYTimes.com. 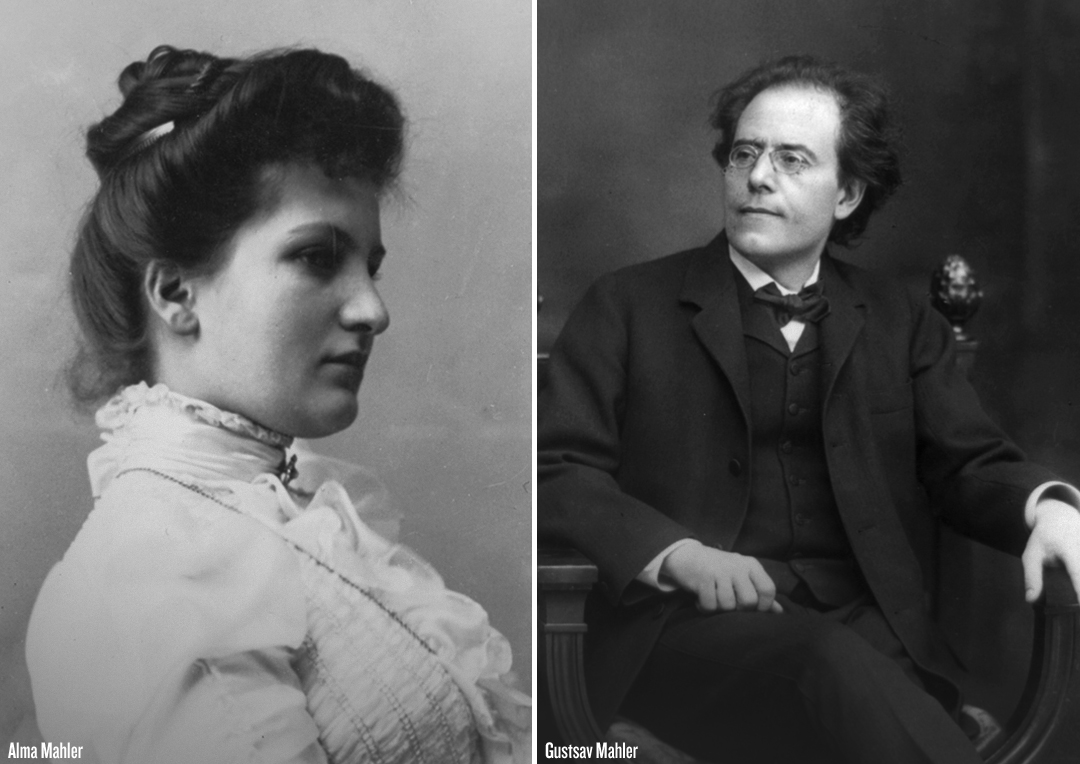