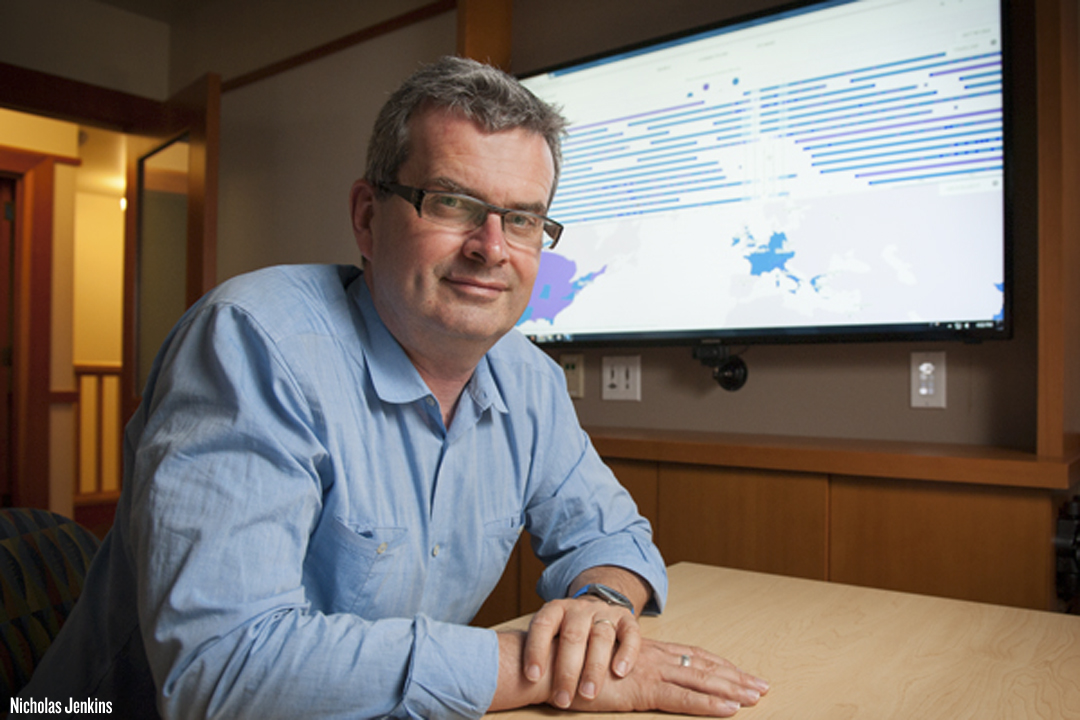 Kindred Britain is a brilliant new digital humanities website and network which connects 30,000 individuals — many of them iconic figures in British culture — connected through family relationships of blood, marriage, or affiliation.  The site is the brainchild of Stanford University English Professor (and Brit) Nicholas Jenkins.

According to the site’s intro: “It is a vision of the nation’s history as a giant family affair.  In Kindred Britain a monarch connects to a sea captain.  A composer to a squire.  A diarist to a doctor.  A novelist to a banker.  Whatever chasms of fortune, profession or fate separate these people, all are unified in Kindred Britain into an image of the British past, made viewable from numerous angles through the sorting, shaping and visualizing powers of contemporary software.  A core proposition underwrites Kindred Britain’s multiplicity of stories about individuals, families and personal histories.  The site shows that, for better or worse, you can understand British history as being something miraculously (or eerily) close to a family affair.”

The Economist took Kindred Britain for a spin, and was instantly hooked: “And so David Hume, an eighteenth century Scottish philosopher, is distantly connected with Charles Darwin, the founding father of evolutionary theory. Novelists across the centuries are linked by marriages between their descendants: Jane Austen, who never married or had any children, is linked to both Charles Dickens and Virginia Woolf. Poets, in contrast, are more likely to be related to one another. The only disappointment? When we searched the last names of some of our colleagues, we came up empty handed.”

You can enter the world of Kindred Britain by visiting Kindred.Stanford.edu.  Yet another astonishing example of the magic that can happen when first-class infographics are woven together with big data. 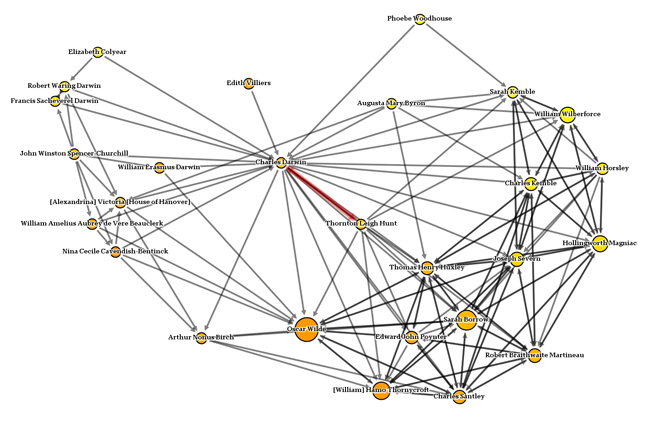 Previous post:
The DuBois Effect: How 100 Years Of Mass & Social Media Created A World Drunk On Fantasy & The Self Next Post:
“Subtle” New Magic From Active Child & Mikky Ekko, And BANKS Gives Us Our First Taste Of “London”