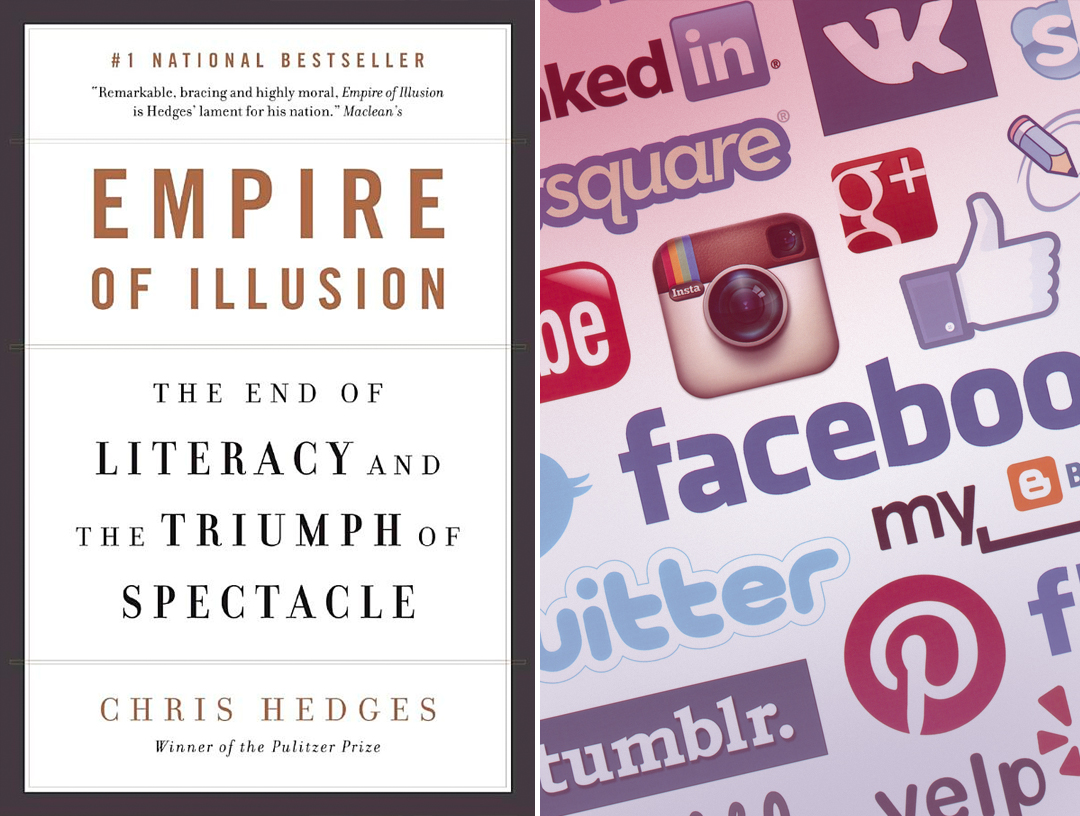 The DuBois Effect: How 100 Years Of Mass & Social Media Created A World Drunk On Fantasy & The Self

There’s a long tradition in American drama — from Tennessee Williams to Eugene O’Neill and beyond — of creating characters that walk the terrifying border between fantasy and reality, and who ultimately choose to retreat into the fantasy.  In Williams’ 1947 Pulitzer Prize-winning play A Streetcar Named Desire, the character of Blanche DuBois is consumed by the delusional world of grandeur she has built around herself, refusing to participate in the tragic reality of her life which is, in fact, in a total state of collapse.  In Woody Allen’s critically acclaimed new film, Blue Jasmine, Cate Blanchett brilliantly captures the essence of another fantasy rider cut from the same cloth as DuBois.  As Jasmine’s billion dollar lifestyle is destroyed when her husband is arrested by the FBI, she retreats into her imaginary world where life is more bearable, and where the harsh truths and dangers of reality are kept at bay.  Although these are two characters suffering from various degrees of mental illness, they are not unlike many of the sane people we encounter in our everyday lives.  People who, by and large, are operating their lives moreso from a place of deluded fantasy than reality.  More than a century since the dawn of Hollywood, and nearly ten years into the era of social media, it’s worth asking: has our society crossed a dangerous threshold of too much fantasy and too little reality?

There is an essential role in the human experience for hopes and dreams.  Without them, there wouldn’t be much of anything worth living for.  But the human brain is divided precisely in half for a very good reason: as our right side charts our imagination towards the world of fantastical possibilities, our left side keeps us anchored to the nature of reality and consequences, and saves us from peril thousands of times each and every day.  The beauty is in the balance, and sadly, balance all too often lies in the eye of the beholder as our society tips increasingly away from the nature of reality.

Chris Hedges is a Pulitzer Prize-winning reporter for The New York Times, and is the author of Empire Of Illusion: The End Of Illusion And The Triumph Of Spectacle (Amazon).  Hedges writes: “The United States, locked in the kind of twilight disconnect that grips dying empires, is a country entranced by illusions.  It spends its emotional and intellectual energy on the trivial and the absurd.  It is captivated by the hollow stagecraft of celebrity culture as the walls crumble.  This celebrity culture giddily licenses a dark voyeurism into other people’s humiliation, pain, weakness and betrayal.  Day after day, one lurid saga after another, whether it is Michael Jackson, Britney Spears or John Edwards, enthralls the country … despite bank collapses, wars, mounting poverty or the criminality of its financial class.  The virtues that sustain a nation-state and build community, from honesty to self-sacrifice to transparency to sharing, are ridiculed each night on television as rubes stupid enough to cling to this antiquated behavior are voted off reality shows.  Fellow competitors for prize money and a chance for fleeting fame, cheered on by millions of viewers, elect to ‘disappear’ the unwanted. In the final credits of the reality show ‘America’s Next Top Model’, a picture of the woman expelled during the episode vanishes from the group portrait on the screen.  Those cast aside become, at least to the television audience, nonpersons.  Celebrities that can no longer generate publicity, good or bad, vanish.  Life, these shows persistently teach, is a brutal world of unadulterated competition and a constant quest for notoriety and attention.  Our culture of flagrant self-exaltation, hardwired in the American character, permits the humiliation of all those who oppose us.  We believe, after all, that because we have the capacity to wage war we have a right to wage war.  Those who lose deserve to be erased.  Those who fail, those who are deemed ugly, ignorant or poor, should be belittled and mocked. Human beings are used and discarded like Styrofoam boxes that held junk food.  And the numbers of superfluous human beings are swelling the unemployment offices, the prisons and the soup kitchens.  It is the cult of self that is killing the United States.  This cult has within it the classic traits of psychopaths: superficial charm, grandiosity and self-importance; a need for constant stimulation; a penchant for lying, deception and manipulation; and the incapacity for remorse or guilt.”

Arjun Walia is a writer for Collective Evolution, and in a feature article published in 2012, Walia writes: “Cognitive dissonance is a term used in modern psychology to describe the feeling of discomfort when holding two or more conflicting ideas, beliefs, or values.  It suggests that we have an inner drive to hold onto all of our beliefs and attitudes to avoid feelings of discomfort and instability.  Sometimes people hold onto a belief system that is very strong and the moment they are presented with evidence that works against that belief, the new evidence that was presented cannot be accepted. When presented with evidence that works against a belief system, it has the potential to create a very uncomfortable feeling for the individual, this is called cognitive dissonance.  A powerful motive to maintain cognitive consistency can give rise to irrational behavior and thoughts.  We hold many cognition’s about the world  and ourselves; when they clash, a discrepancy is created, resulting in a state of tension.  The experience of cognitive dissonance can be quite unpleasant, we are forced to reduce or eliminate it, or we can choose to let go of the belief system we hold onto and open ourselves up to new possibilities.”

The take-away from Walia’s insight is significant especially in a world of social media.  As our citizens, both young and old, become increasingly immersed in a world flooded with provocative newsfeeds, we will almost certainly notice an increase in our society’s cognitive dissonance and levels of tension — both inside and outside ourselves.  The end result is not only a cognitive dissonance, but also a polarization where both ends of the spectrum — whether right or wrong — end up living in a DuBoisian fantasy.  The more we plunge into our social networks, the more we are consumed by “the cult of me”.

In a recent feature published by The New Yorker entitled “You Are What You Tweet”, writer Tony Tulathimutte reveals a world obsessed with personal branding.  “Personal branding is the subtext of all social networking: when we post vacation photos, we attest to our ability to take luxurious vacations; when we post pictures of our babies, we present ourselves as proud and caring parents; when we crack wise about current events, we demonstrate our wit, relevance, and political leanings … The philosopher Jean Baudrillard worried about the crisis of meaning that emerges when perfect simulations end up displacing whatever they simulate: ‘present-day simulators attempt to make the real, all of the real, coincide with their models of simulation.’  This speaks to the program of personal branding: to create the mold of ‘your best life,’ squeeze yourself in, take a photo, and endlessly reproduce the resulting image online.  As one branding coach puts it in a blurb praising another coach, ‘What you look like online is actually what is real.'”

In the final scene of A Streetcar Named Desire, as Blanche DuBois descends into a total state of madness and is taken away by doctors to a mental institution, her final words are, “I have always depended on the kindness of strangers.”  An important lesson worth noting here is that for anyone who is driven by a mind filled with overactive fantasies, the survival of the illusion(s) is dependent on the participation of those around him or her.  Perhaps a better mantra would be: “I depend on the kindness of others to snap me back to reality every now and then.” 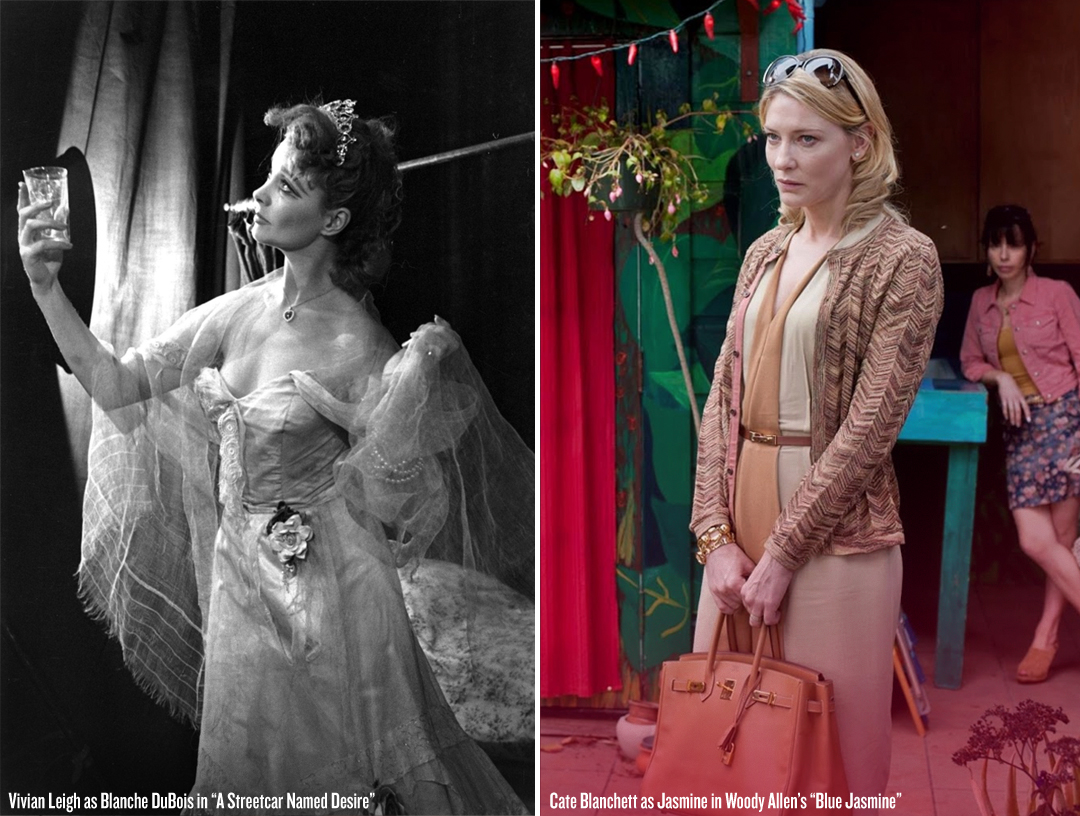