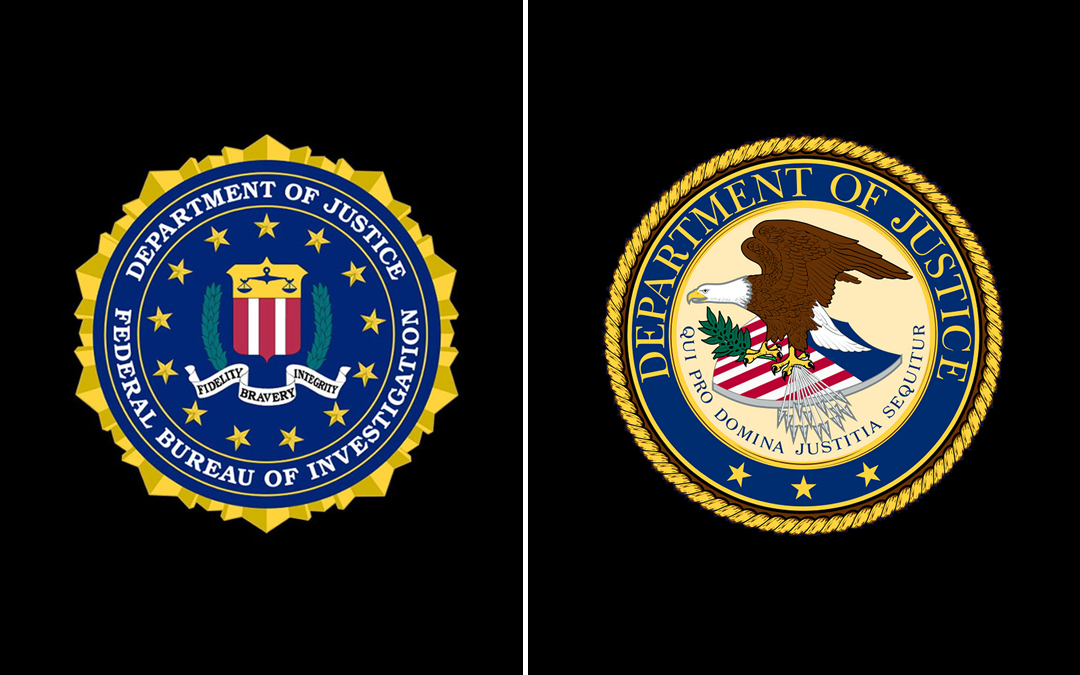 One of the most shocking and disturbing films to emerge from this year’s Toronto International Film Festival centers on multi-millionaire U.S. televangelist Pat Robertson and his egregious links to corruption and the deaths of countless innocent men, women and children during the Rwandan genocide of 1994.  In the documentary Mission Congo, directors David Turner and Lara Zizic, along with producer Erin Heidenreich, uncovered the dark truth behind Robertson’s charity Operation Blessing which raised hundreds of millions of dollars each and every year to help the victims in Rwanda.  After years of deep investigation and research into what Operation Blessing actually accomplished, the filmmakers discovered that almost all of that fortune was illegally funnelled into a corrupt diamond mining operation.  They interview aid workers, eyewitnesses and even the pilots of Robertson’s airplanes who describe the horrific truth.  With the help of a brutal dictator and ex-Navy SEALS, Robertson was diverting his planes away from refugee camps to a different part of the Congo to extract precious gems, resulting in the deaths of countless Rwandans who were suffering from a massive cholera outbreak in the refugee camps.

Chris McGreal of The Guardian in London reports: “The bulk of the thousands of doctors and nurses struggling to save lives — as about 40,000 people died of cholera — were volunteers for the international medical charity Médecins Sans Frontières (MSF).  The Bible readers were hired by the American televangelist and former religious right presidential candidate, Pat Robertson, and his aid organisation, Operation Blessing International.  But on Robertson’s US television station, the Christian Broadcasting Network, that reality was reversed, as he raised millions of dollars from loyal followers by claiming Operation Blessing was at the forefront of the international response to the biggest refugee crisis of the decade.  It’s a claim he continues to make, even though an official investigation into Robertson’s operation in Virginia accused him of ‘fraudulent and deceptive’ claims when he was running an almost non-existent aid operation.  It describes how claims about the scale of aid to Rwandan refugees were among a number of exaggerated or false assertions about the activities of Operation Blessing which pulls in hundreds of millions of dollars a year in donations, much of it through Robertson’s televangelism.  They include characterising a failed large-scale farming project as a huge success [it is revealed in the film how the farm was, in fact, an illegal tax shelter operation], and claims about providing schools and other infrastructure.  But some of the most damaging criticism of Robertson comes from former aid workers at Operation Blessing, who describe how mercy flights to save refugees were diverted hundreds of miles from the crisis to deliver equipment to a diamond mining concession run by the televangelist.  Throughout the Rwandan refugee crisis, when more than 1 million people fled into neighbouring Zaire and started dying en masse of cholera, Robertson told his viewers that Operation Blessing was at the forefront of saving lives.”

“It was the most important first medical shipment on the scene out of everything,” he said of one aid delivery as he appealed for donations.  In another broadcast, Robertson said Operation Blessing was saving thousands of lives.  “The death toll in this particular camp went down to almost zero because of our people being there,” he said.  Robertson claimed that Operation Blessing sent plane-loads of doctors.  “These are tents set up with our doctors and our medical teams that came from here to work as hard as they could to save lives,” Robertson said over pictures of a large tent of children on drips being tended by nurses and doctors.  But the film was of MSF medical staff at work.  Operation Blessing had just one tent and a total of seven doctors.  MSF officials who worked in Goma told the documentary-makers that they had no recollection of even seeing Operation Blessing – let alone working with it.  “What’s really unacceptable is that Operation Blessing took photographs of MSF workers and then used this in their fundraising,” said Samantha Bolton, the former MSF spokeswoman in Goma.  Officials from other aid operations said that Operation Blessing was not anywhere near the first or largest groups working in Goma.

Marlow Stern of The Daily Beast also reported on the shocking truth behind Pat Robertson’s illegal operation: “According to Jessie Potts, who served as Operations Manager for OBI in 1994, the charity stopped sending medical teams to Goma several weeks into the operation.  Instead, the film alleges that these resources — the donations, the cargo planes, etc. — were used for the for-profit African Development Company Ltd., a diamond mining operation that was headquartered in Kinshasa, while the mining site itself was located in the remote village of Kamonia.  Robertson was the sole shareholder and president of ADC.  In the film, Bill Sizemore, a reporter for The Virginian-Pilot that penned an exposé on Robertson’s activities in Africa, claims that the ADC had a mining license granted to it by Mobutu, then-president of Zaire, who had been sanctioned by the United Nations over alleged human rights violations.  “Pat Robertson, over the course of the next few years, actually lobbied to have the sanctions against Mobutu removed,” Sizemore says in the film.  The film also presents a video from 1994 that it says plainly shows Robertson palling around in Africa with Colonel Théoneste Bagosora, who then ushers him onto a helicopter.  Bagasora was an instrumental figure in the 1994 Rwandan genocide, and was later sentenced to life imprisonment by the International Tribunal Court for Rwanda (ITCR).

The story gets even more disgusting when the film reveals how when Virginia Senator Janet Howell demanded an investigation into the illegal activity in 1998, she soon discovered that Robertson had lined the pockets of top state officials: “then Virginia Gov. James Gilmore had received a personal donation of $50,000 from Robertson, and the newly-instated Attorney General Mark Earley had also received a donation of $35,000 from Robertson for his 1997 election campaign, and was dependent on the influential conservative Christian’s support. Earley decided not to prosecute Robertson.  Meanwhile, when Mobutu fled Zaire in 1997, the film claims that the last of Robertson’s mining concessions expired.  The film also claims that in 1999, Robertson signed mining agreements in Liberia with then-president Charles Taylor who, in 2012, was convicted of crimes against humanity.  Operation Blessing International reported $220 million in revenue in 2011, and still enjoys tax-exempt status in the United States.”

Thanks to the documentary, a federal investigation is likely to be opened soon into Pat Robertson’s illegal and fraudulent charitable activities, which will almost certainly result in the charlatan televangelist spending the rest of his life in prison. 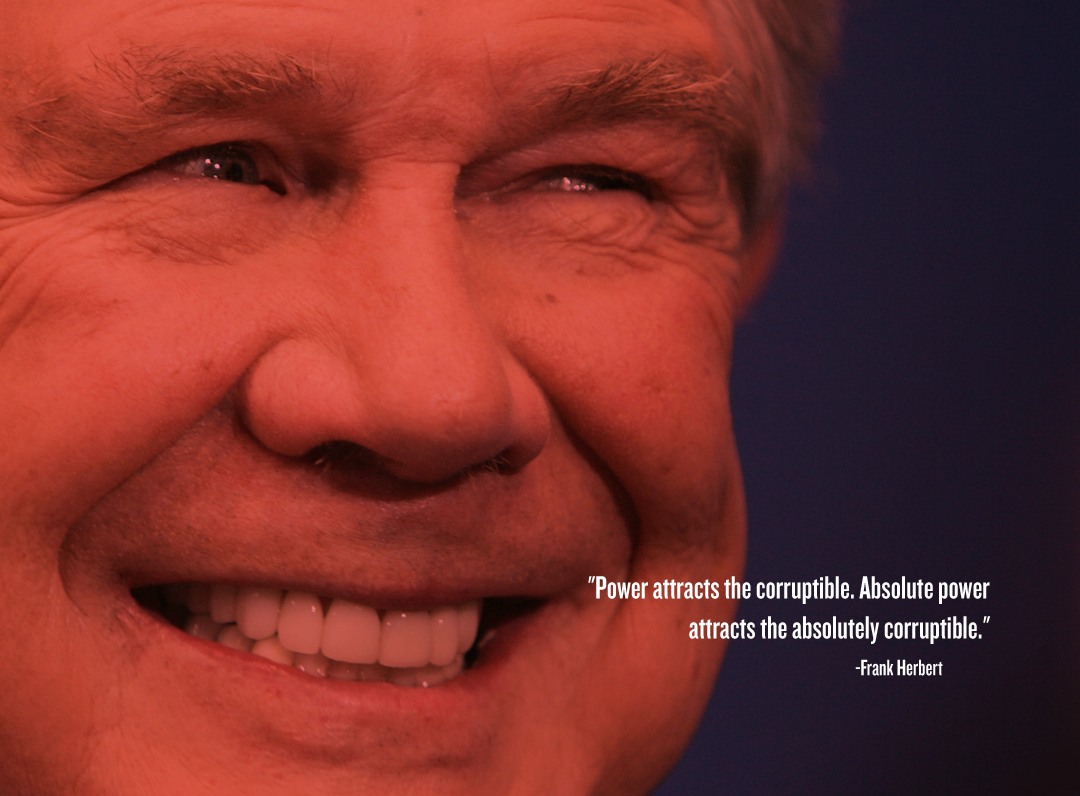 Previous post:
Listen To KAUF’s Brilliant Mixtape For Yatzer & Check Out His New EP’s First Video For “Relocate” Next Post:
The DuBois Effect: How 100 Years Of Mass & Social Media Created A World Drunk On Fantasy & The Self