As any regular reader of FEELguide can testify, there are few people whom I’ve referenced more than the amazingness that is Charlie Rose.  I feel a deep connection to Rose, not only as a fan of his supreme talent as America’s most skilled and important interviewer, but also for his many passions.  A self-proclaimed lover of “ideas”, one of Rose’s own personal mantras is that “every great story begins with a question,” and it is this curiosity that has inspired thousands of conversations around his oak table covering such topics as the human brain, architecture, business, science, and so much more.  But what about Rose’s own personal story?  How did this 6′-4″ tall glass of water, who grew up an only child in rural central North Carolina, make it all the way to the top of the world?  In September 2009, around the same time his nightly PBS talk show, Charlie Rose, was about to go global, FORTUNE magazine published a fascinating profile of him, written by David Kaplan, which provides the best glimpse of the broadcast journalist I have ever read.  The following are some excerpts:

“… For most of his career as a TV interviewer — of everyone from Charles Manson to Bruce Springsteen to Bill Gates — Rose has aspired to be a latter-day Edward R. Murrow, his kin from North Carolina. A nd while he travels in Gatsbyesque circles — does he mean Buffett or Beatty when referring to ‘Warren’? — and enjoys bumming rides on the private jets of friends, Rose has sacrificed to reach the media pinnacle.  He turned down a chance to work full-time for ’60 Minutes’, and he quit a job with Rupert Murdoch.  He has missed out on a family life he still aches for.  He has little staff, he takes just a few weeks off a year, and he’s up at five every morning to watch three TVs at once, scour the web, and clip newspapers; his thousands of carefully trimmed articles fill file cabinets in his office.  ‘I have five friends who are calling me up to go on their boats in the Mediterranean this week!’  Rose says, displaying one of their e-mails.  ‘But I’d rather go to the Middle East and talk to President Assad.’  He functions only by religiously taking a 20-minute nap every afternoon.  Other talk shows have a squadron of bookers — Rose calls guests himself.  In 2007, when he wanted Bill Clinton on to talk about the presidential campaign, Clinton’s staff offered 20 minutes in Clinton’s office.  Rose held out for an hour — and the former President came to Rose’s studio.

… And who he’s with is fodder for the gossip pages.  It’s usually longtime friend and sometime companion Amanda Burden, the planning commissioner for New York City and a fixture in Manhattan society (and the daughter of Babe Paley, who was married to Bill Paley, who built CBS).  That relentlessness has nearly killed him — he’s had two cardiac scares, the last one in 2006 — but it has also earned him the primacy he’s yearned for.  When folks in the financial district say, ‘Did you hear what was on Charlie last night?’ everybody knows what they mean.  The show’s modest numbers belie its true reach.  TV ratings over the past year, calculated city by city by Nielsen for Fortune, indicate his nightly viewership is probably well under a million.  Over the past year in Washington, for example, his audience averaged but 7,000 a day.  In New York City it was roughly 67,000 (compared, say, with Nightline’s 338,000 or Larry King Live’s 308,000).  Nonetheless, few would dispute that it’s Rose’s show that carries the most influence.  Nobody watches ‘Charlie Rose’ except everybody you know.  Last October, when Buffett wanted to reassure markets that the economy wasn’t going to hell, he chose to go on ‘Charlie Rose’ for the hour.  When Geithner went on in May — his second appearance of the spring — he made news by admitting that global monetary policy had helped produce the financial crisis.

… With him was Mary King, whom he met during college and married after law school.  She was a researcher at CBS and introduced him to the people of broadcasting, especially during summers on Fire Island.  ‘You’re so damn interesting — you should be a journalist!’ a producer told him, as Mary remembers it and Rose surely never forgets.  Rose was affable and attractive, well-spoken and plugged in, and the accent didn’t hurt.  Not yet 30, he found freelance assignments at the BBC and then was hired as a weekend reporter for WPIX, a local New York station.  Covering fires or parades wasn’t exactly how he viewed his proper place in television, though.  According to Mary, he would record segments of ’60 Minutes’ and the ‘CBS Evening News’ and transcribe them as a way to study the network form.  ‘I would be his Tele-PrompTer, holding up the transcriptions at the other end of the room for him to read,’ Mary says.  Rose admired another appealing, empathetic Southerner, Bill Moyers of PBS.  In 1974, Mary met Moyers and urged him to talk to her husband.  That serendipity was the pivotal point in Rose’s career.  He started as a producer on Moyers’s shows and became a protege, and Rose emerged from behind the camera as a talented interviewer.  ‘A Conversation With Jimmy Carter,’ on a new PBS politics series, won a Peabody in 1976.  After two years with Moyers he left for a succession of jobs — first as a correspondent for NBC News in Washington, then as an interviewer in the local markets of Chicago, Dallas-Fort Worth (there was born the first ‘Charlie Rose Show’), and back in Washington.  They were micro-budget operations, and Rose assembled the shows himself — hustling for guests, doing research, getting syndicated.  It would be great preparation for the current PBS program, though his pace wound up killing his marriage.

… Even so, for a talk-show host in his prime, he remains indelibly insecure.  It is a trait at once endearing and strange.  To interview Charlie Rose the interviewer is to be the beneficiary of more testimonials than you can hear for cellulite cream on cable at three in the morning.  One day the Hollywood superagent Ari Emanuel calls me out of the blue to sing Charlie’s praises.  Rose suggests that I also might want to talk to Ari’s brother Rahm, who I suggest might be too busy being White House chief of staff.  No matter, Rose will arrange it!  Same for Warren Beatty!”

You can read the full profile by visiting Money.CNN.com.  And for more greatness from Charlie Rose be sure to visit his show’s remarkable archive of thousands of brilliant interviews at CharlieRose.com.  And if that’s not enough Charlie for you you can watch him weekday mornings from 7am – 9am where he co-hosts CBS This Morning with Norah O’Donnell and Gayle King.  And for all FEELguide stories related to Charlie Rose be sure to visit Charlie Rose on FEELguide. 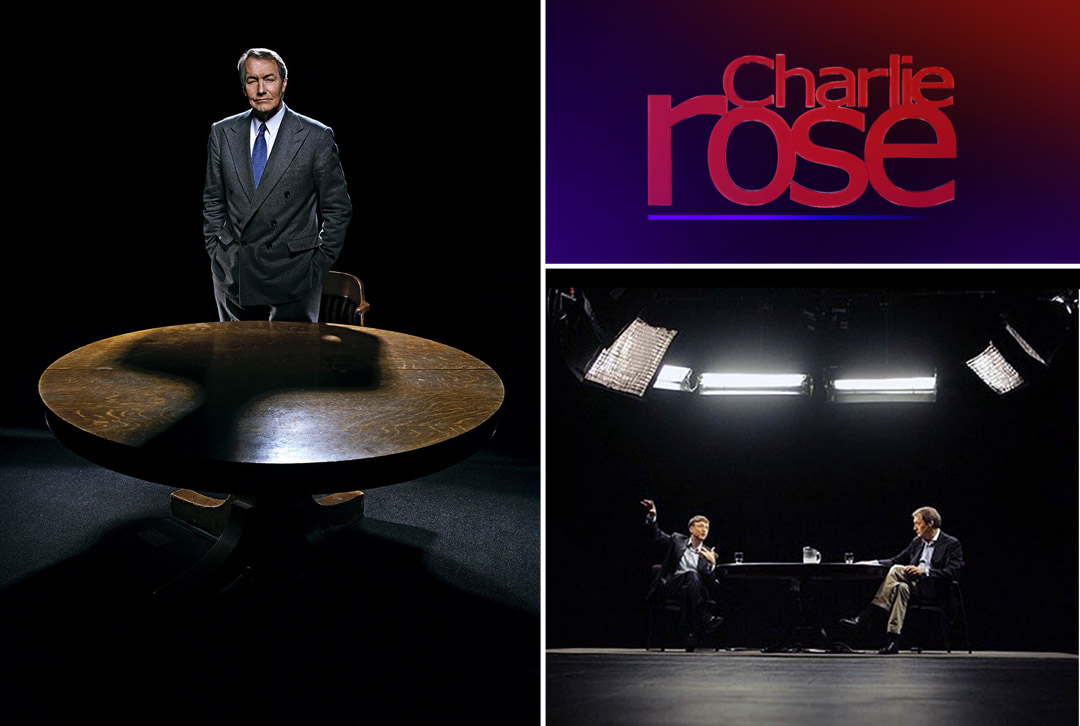