The Tempolar Doppler Effect: Study Shows Our Perception Of Future Moves Faster Than That Of The Past

We’ve all experienced the sound of an ambulance siren that seems to get louder in pitch as it approaches, and begins to recede and slows as soon as it passes.  According to a new paper to be published in Psychological Science, our perception of time is very similar.  Eugene Caruso of the University of Chicago led a reserarch team which found that people judge the distance of events differently, depending on whether they are in the past or future.

The Economist writes: “The paper calls this the ‘Temporal Doppler Effect’. In physics, the Doppler effect describes the way that waves change frequency depending on whether their source is travelling towards or away from you … Mr. Caruso argues that something similar happens with people’s perception of time.  Because future events are associated with diminishing distance, while those in the past are thought of as receding, something happening in one month feels psychologically closer than something that happened a month ago.  This idea was tested in a series of experiments.  In one, researchers asked 323 volunteers (recruited through Mechanical Turk, Amazon’s micro-job portal) and divided them into two groups. A week before Valentine’s day, members of the first were asked how they planned to celebrate it.  A week after February 14th the second group reported how they had celebrated it.  Both groups also had to describe how near the day felt on a scale of one to seven. Those describing forthcoming plans were more likely to report it as feeling “a short time from now”, while those who had already experienced it tended to cluster at the “a long time from now” end of the scale.  To account for the risk that recalling actual events requires different cognitive functions than imagining ones that have not yet happened, they also asked participants to rate the distance of hypothetical events a month in the past or future. The asymmetry remained.”

You can read the full story by visiting TheEconomist.com.  For more on this topic you can also check out the following two stories I wrote recently: “New Study Reveals How Exposure To Awe Expands Your Perception Of Time, Enhances Well-Being” as well as “Watch Errol Morris’s 1991 Stephen Hawking Documentary “A Brief History Of Time” Online For Free“. 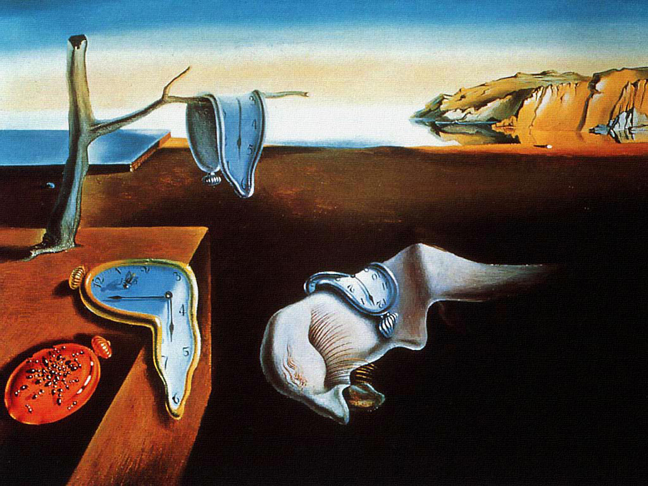 Previous post:
The Power Of Now: Watch Sam Harris Explain Importance Of The Present Moment In “It Is Always Now” Next Post:
The WOW Files: Scientists Can Now Pluck Images Directly Out Of Your Dreams As You’re Sleeping