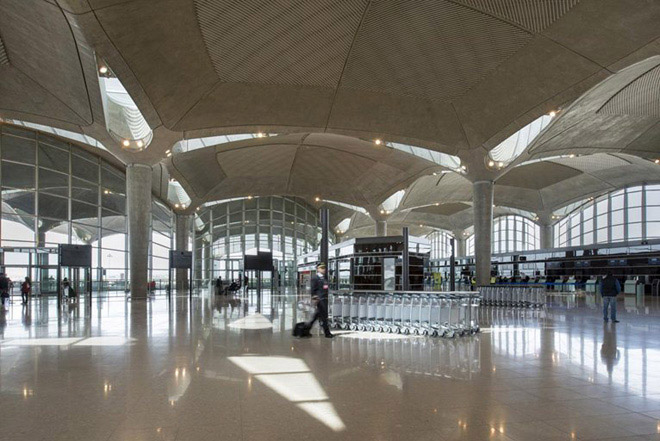 Last Thursday March 21st marked the official grand opening of the brand new Queen Alia International Airport in Amman, Jordan.  Designed by Foster + Partners, the building is a brilliant solution not only to the extreme weather conditions of the area, but also to its future expansion thanks to its flexible modular construction units.  URdesign writes, “In response to Amman’s climate, where summer temperatures vary markedly between day and night time, the building is constructed largely from concrete, the high thermal mass of the material providing passive environmental control.  The tessellated roof canopy comprises a series of shallow concrete domes, which extend to shade the facades — each dome provided a modular unit for construction. The domes branch out from the supporting columns like the leaves of a desert palm and daylight floods the concourse through split beams at the column junctions.  Echoing the veins of a leaf, a geometric pattern based on traditional Islamic forms is applied to each exposed soffit.”  You can see more photos by visiting URdesign.it. 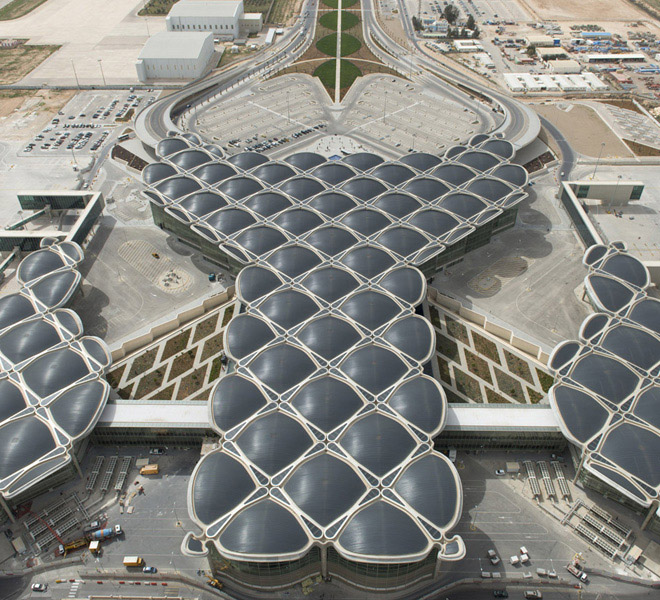 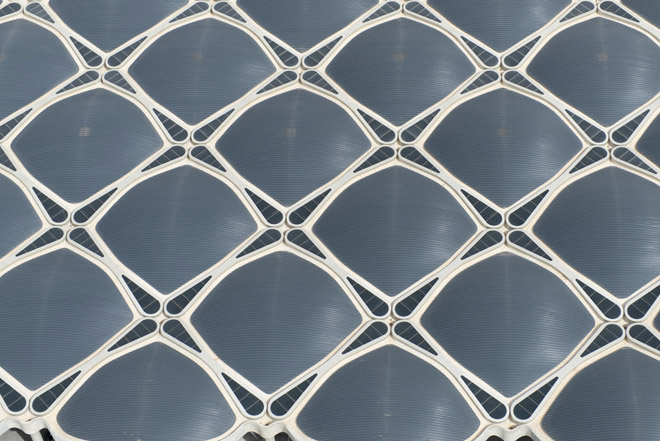 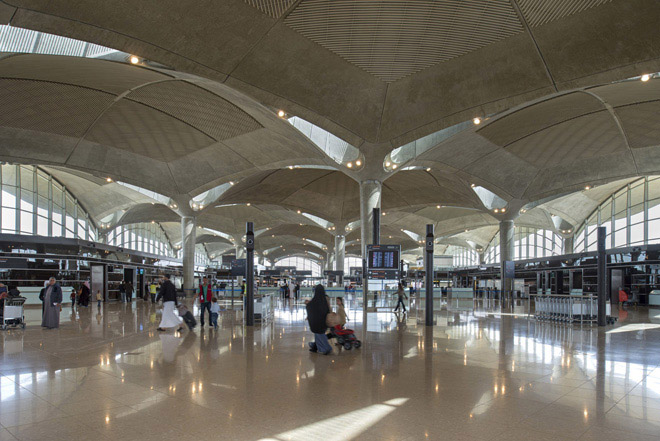 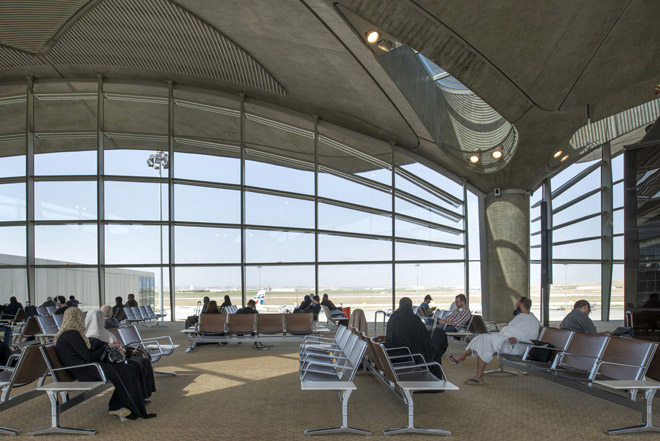 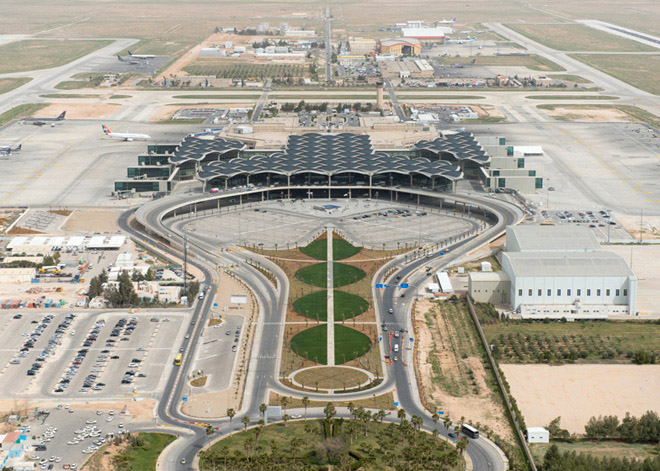 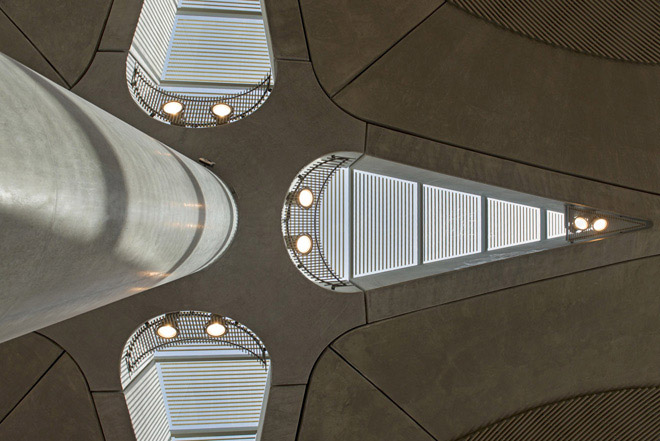