The 10-year search for Osama bin Laden from 2001 to 2011 is the greatest manhunt in human history, and now the amazing story has been brought to life in Academy Award-winning director Kathryn Bigelow‘s new film ZERO DARK THIRTY which opens on December 19th.  Bigelow and her fellow Oscar winners from The Hurt Locker, writer Mark Boal and producer Greg Shapiro, have created a film which is topping multiple Best Of 2012 lists as the year’s #1 film.

From Lisa Schwarzbaum of Entertainment Weekly, to Peter Travers of Rolling Stone, to the National Board of Review, to the New York Film Critics Circle, and on and on and on — ZERO DARK THIRTY is blowing away the world’s top critics.  But apart from its success and the storyline of the film itself, the journey and creative process that took place behind-the-scenes has all the makings of a remarkable movie as well.  Last week Bigelow and Boal sat down with Charlie Rose to tell the extraordinary story of how the film evolved from its beginnings in 2009 with Boal’s script which initially focused on the hunt for bin Laden in the hills of Tora Bora — to their needing to completely flip the entire story on its head with the announcement that bin Laden had been killed on May 2, 2011.  The perfect anchor for the revised script came from the true story of one woman in the CIA (played by Jessica Chastain) who had a nagging hunch and refused to give up on it even when her fellow agents told her to forget about it.  If it hadn’t been for that woman’s resolve, bin Laden would still be out there.

I’ve long been thrilled by the stories of the tumultuous creative process that goes into the production of the greatest movies of our time, but the behind-the-scenes adventure and evolution of Kathryn Bigelow’s ZERO DARK THIRTY takes the cake bar none.  Do yourself a huge favor and watch this entire Charlie Rose hour-long conversation in the red link below, and check out a preview in the YouTube video at the bottom.  You can learn more about the film, including links to all its social networks, by visiting ZERODARKTHIRTY-movie.com. 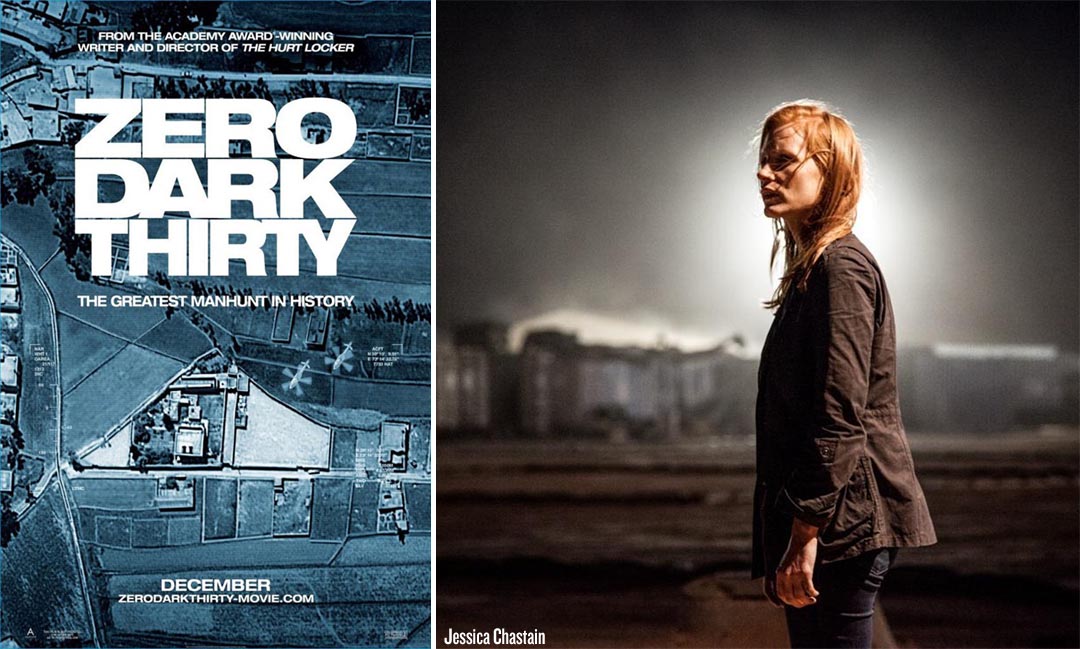 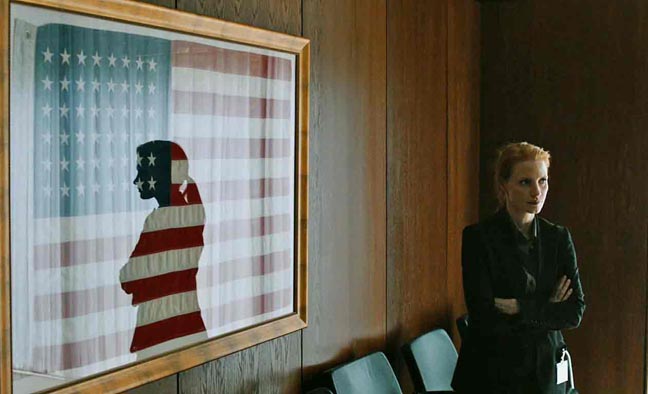 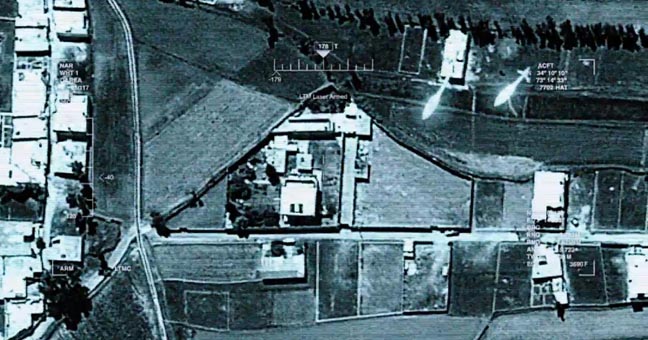 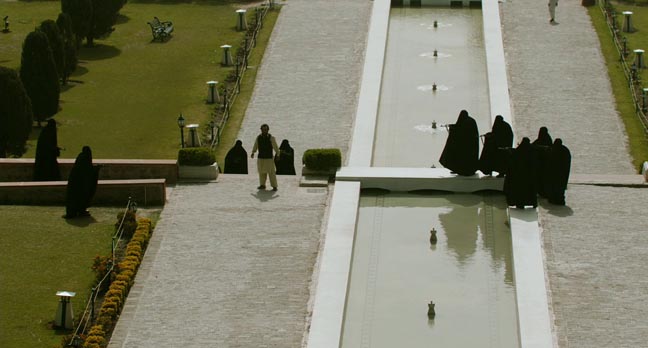 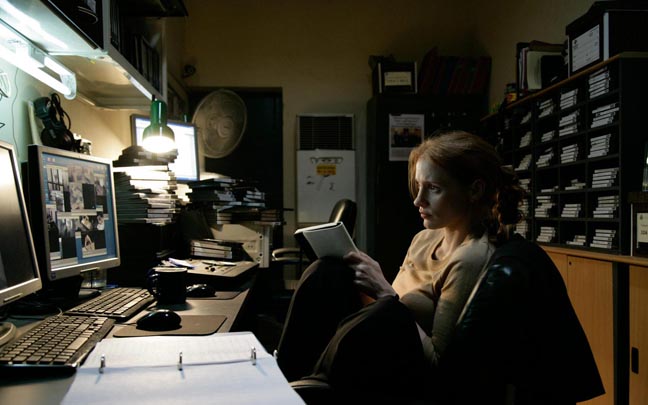 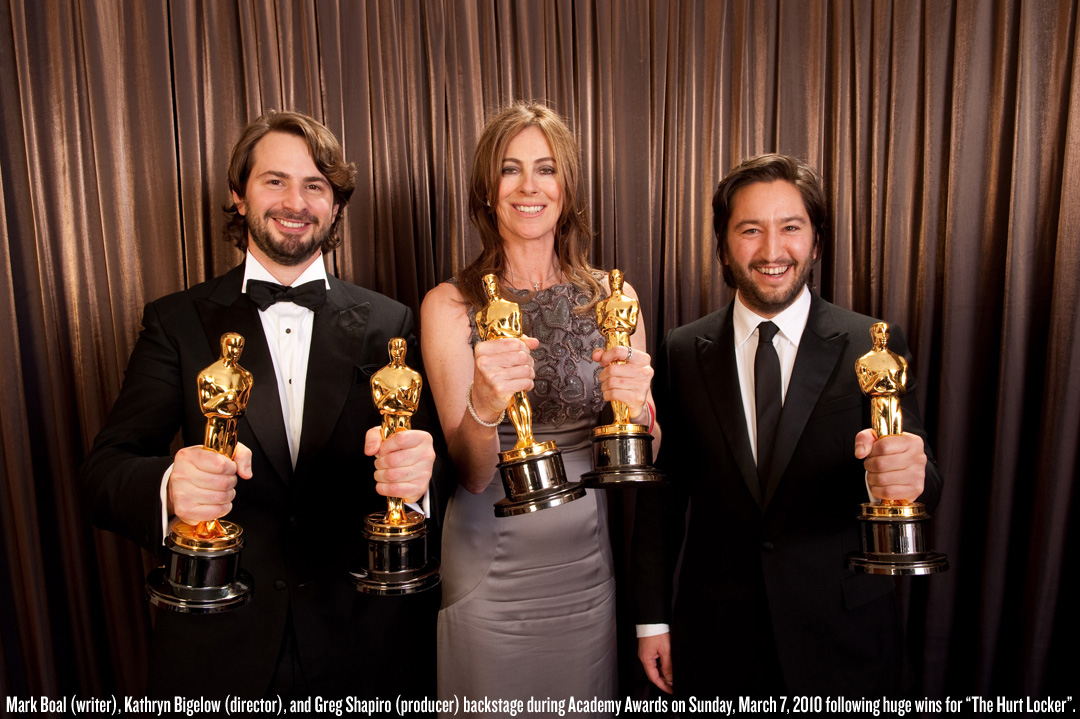 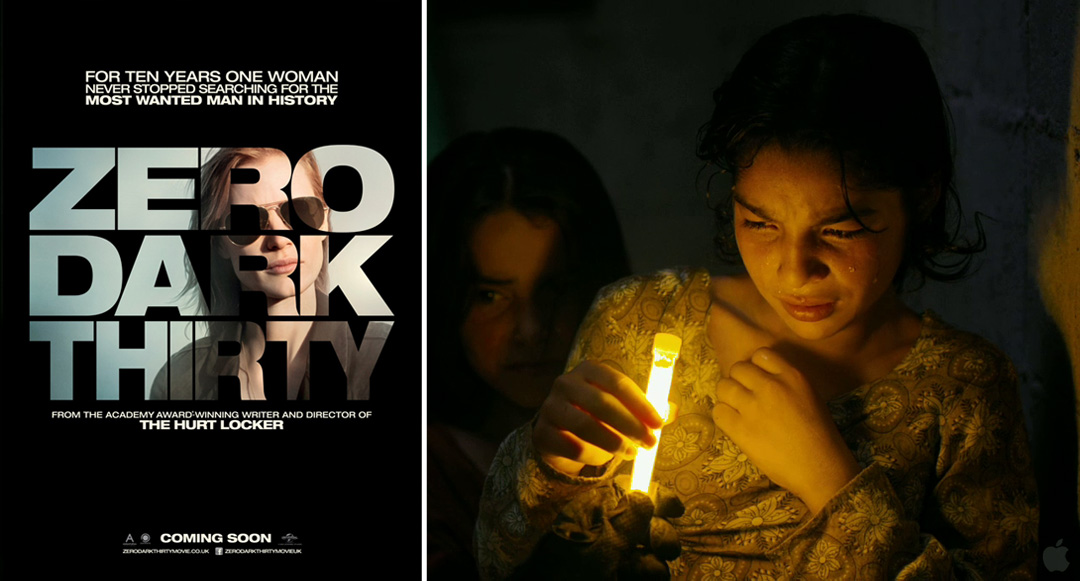