Glass Warfare: Apple Filed This Patent In The Summer That Will Soon Cannibalize iPhones, Siri & iPads

The race to dominate the next-generation computer interface is taking place in Silicon Valley as you read these words, and this future revolves around one very tiny, yet enormously powerful word: glass.  The very first computers used to fill gymnasium-sized rooms, then they fit on our desks, then our laps, then into our hands, and very soon they will be right in front of our eyes and eventually inside our brains.  The technical term is Brain Computer Interface or BCI, and it revolves entirely around which company — Apple, Google, Microsoft, or another — wins the looming glass war.

Last week at Business Insider’s Ignition Conference, top Apple analyst Gene Munster of Piper Jaffray gave a presentation which focused on Apple’s unique and powerful tendency to create entire lines of products only to cannibalize them with revolutionized ones.  In his talk Munster showed a fascinating infographic which reveals the likely extrapolations/demise of Apple’s existing devices, along with their oncoming leaps in product innovation: consumer robotics, wearable computers, 3D printing, consumable computers (using “nanotechnology” whereby devices will be built at a molecular scale — something like an iPhone could easily be reduced to the size of a grain of salt), and automated technology.

This summer Apple’s Tony Fadell (designer of the iPod) and John Tang filed a patent for Apple’s computerized glasses which will eventually wipe out the need for iPhones, iPads and even Siri.  It is a deceptively simple diagram (i.e. enough to take any competitor to court if they dare to copy it), but it shows exactly what they have planned for Apple’s very first HMD (head-mounted display).  You can learn much about the future by visiting BusinessInsider.com. 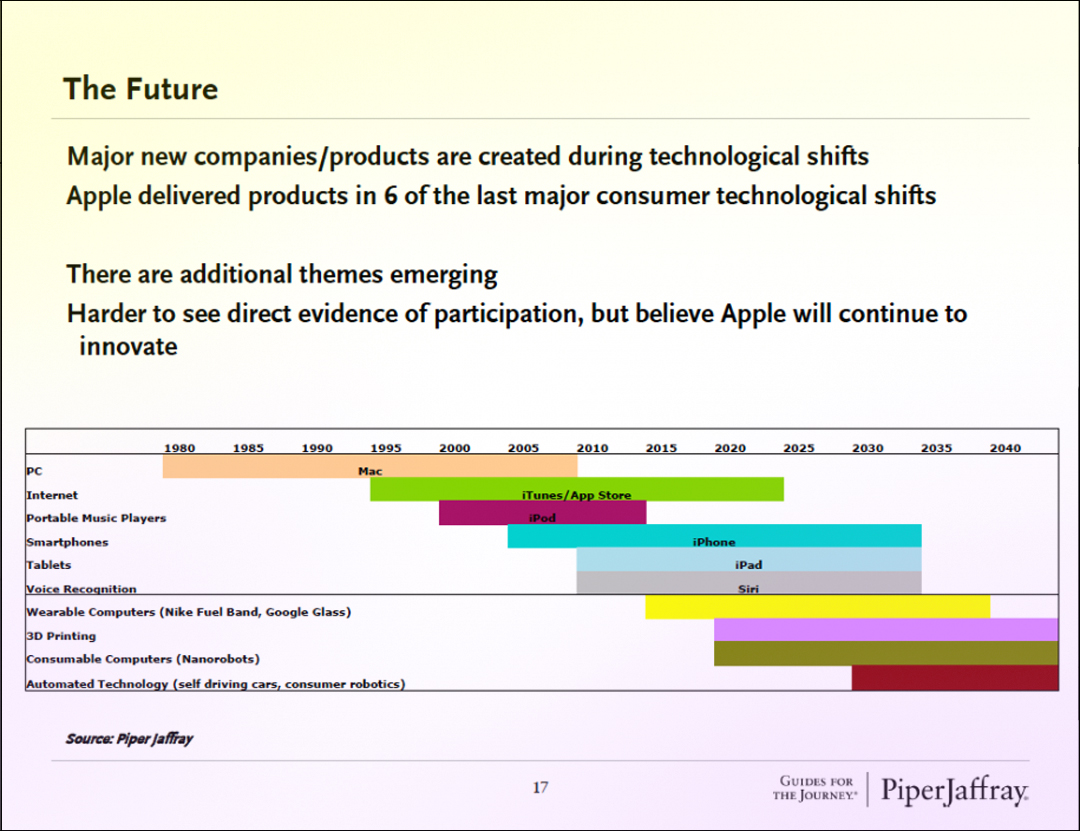 Previous post:
Did You Know: The Bird Murmurations In BURIAL’s “Forgive” Hide An Undiscovered Universal Principle Next Post:
Francis Ford Coppola’s “Epic” Movie For Paramount Will Be Gigantic: Script Spans From 1920s To 1960s