Visionary director Jacques Audiard‘s A Prophet has been hailed as one of the greatest films of the past decade, so the entire world has been waiting patiently to see what this master storyteller would bring us next — and from all accounts it has been more than worth the wait.

Rust And Bone tells the story of Ali (played by Belgian actor Matthias Schoenaerts), a reclusive brute of a man who just saved his son from the boy’s junkie mother.  In his effort to start anew and give his son a better life, Ali moves him and his boy to the south of France where his sister and her husband are scratching out a life just a shade above the poverty line.  One night while working as a bouncer in a nightclub he meets Stéphanie (Marion Cotillard), a trainer of killer whales at a local marine resort who is disproportionately unhappy considering her beauty and her free spirit.

This is all the information I feel comfortable revealing to you because it’s almost impossible to unfold the synopsis any further without giving away a spoiler, so do yourself a favor and don’t read a single piece of information about this film.  Just trust in the fact that Rust And Bone is getting phenomenal reviews and it opens in North America on November 23rd in limited release. 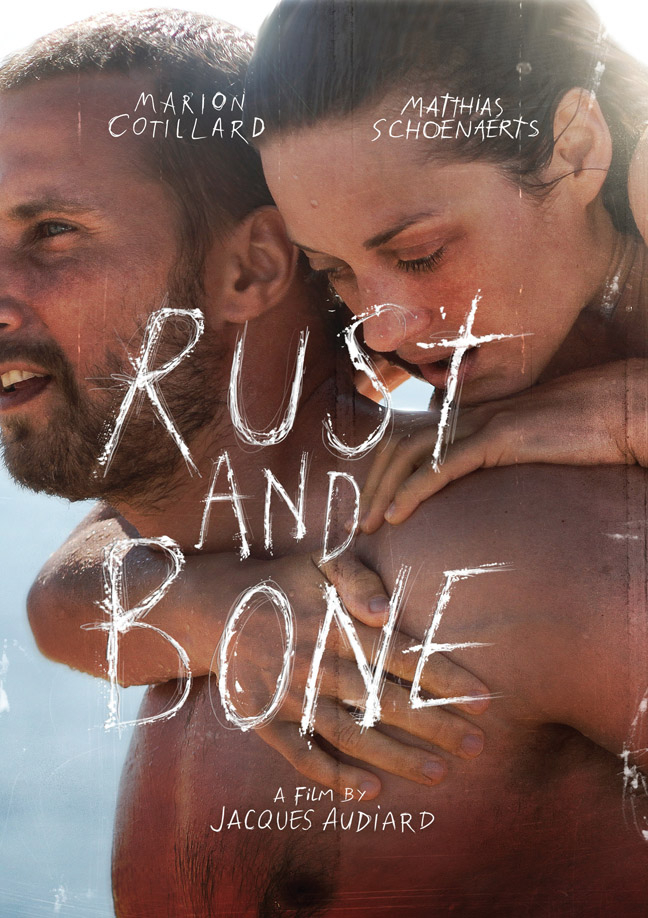