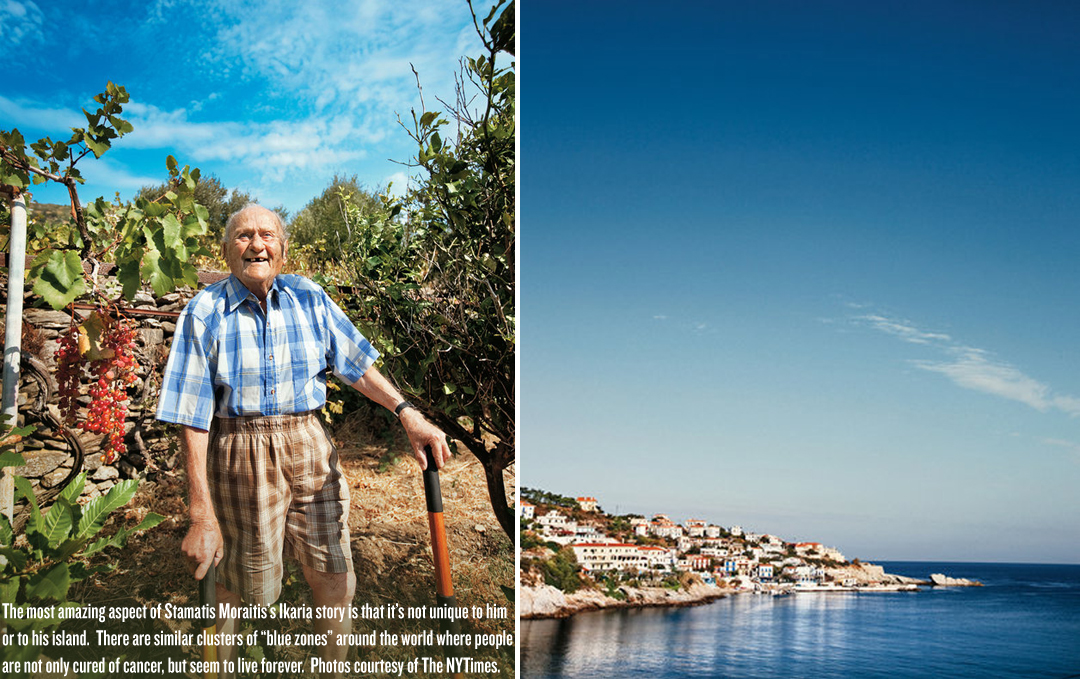 The WOW Files: The New York Times Visits The Extraordinary Island “Where People Forget To Die”

In a phenomenal new feature published yesterday in The New York Times entitled “The Island Where People Forget To Die”, American explorer and writer Dan Buettner tells the story of a remarkable island where people’s lives are being transformed in the most astonishing ways.  Buettner opens his piece with the story of Stamatis Moraitis, a Greek war veteran who in 1943 while in his early 30s sailed to the United States for treatment of a combat-mangled arm.  Stamatis never returned to Greece, instead choosing to settle down in Boynton Beach, Florida where he married a Greek-American woman, had three children, and lived in a 3-bedroom house with a 1951 Chevrolet parked in the driveway.

Dan Buettner is the founder and CEO of Blue Zones, which studies the world’s longest-lived, happiest people and unlocks their secrets (a “blue zone” is a demographic and/or geographic area of the world where people live measurably longer lives).  You can learn more about this fascinating company by visiting BlueZones.com, and follow Blue Zones on Facebook and Twitter.