David Lynch Would Be Proud: Check Out This Mindblowing Home On Mulholland Drive By VOID Inc.

Mulholland Drive is not only steeped in Hollywood legend, it’s also home to some of the most incredible residential designs in California.  The latest addition to this reputation is the mindblowing home found at 7691 Mulholland Drive which was designed by the architects of VOID Inc.  The home is completely unassuming if you were to drive past it on the street because most of the 5,800 sq. ft. structure is set into the steep slope of the site below.  The sloped design not only provides maximum privacy and phenomenal panoramic views of Los Angeles, it also shelters it from the harsh western sun.  You can check out more photos courtesy of Arshia Mahmoodi, Imeh Akpanudosen, and Marc Angeles by visiting ArchDaily.com.  And by the way, I’m still waiting for an architect to design a home alongside Mulholland Drive based on an abstracted version of the mysterious blue box in David Lynch’s film named after this famous street.  If anyone can pull it off in epic form it’s the team at VOID Inc. 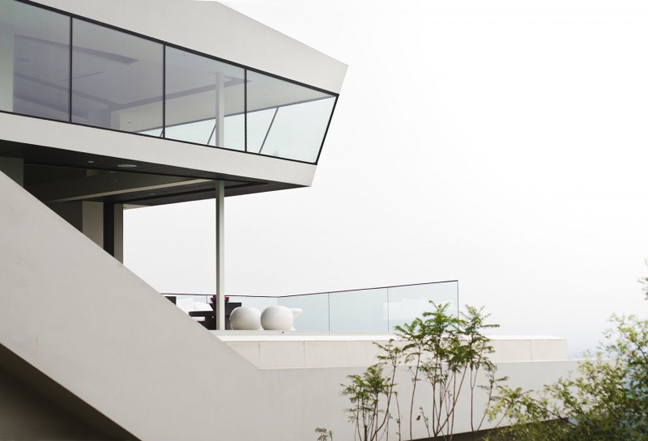 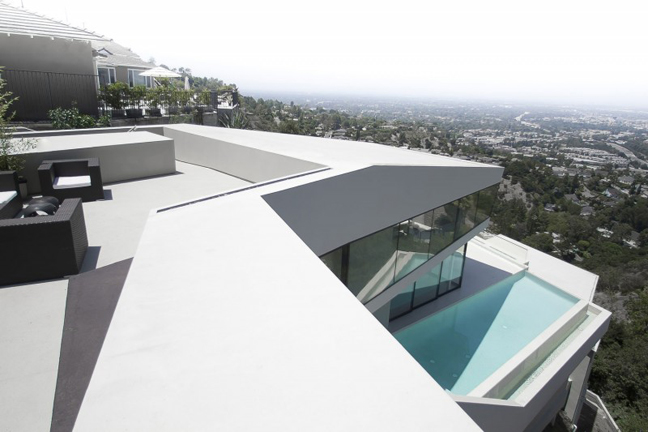 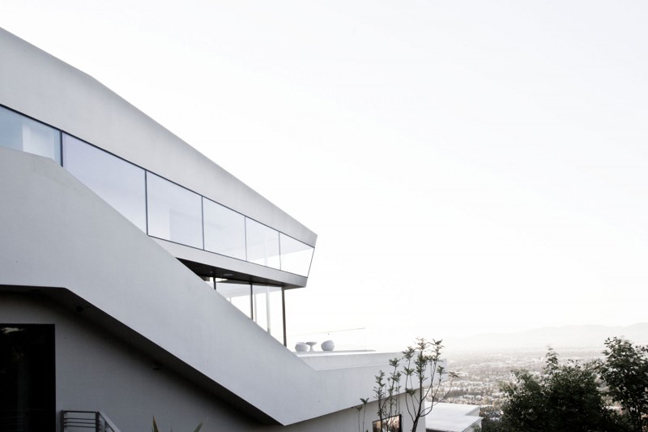 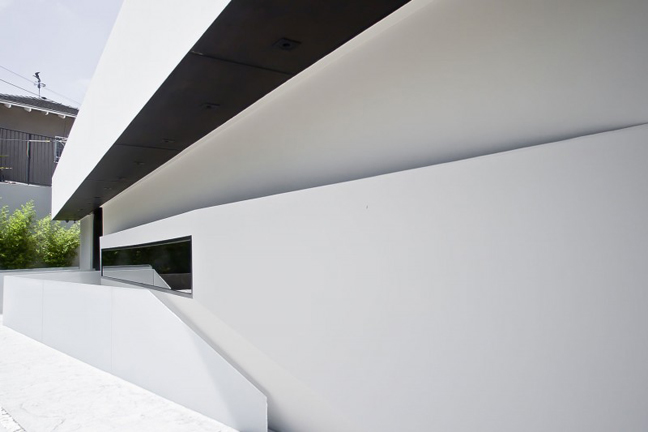 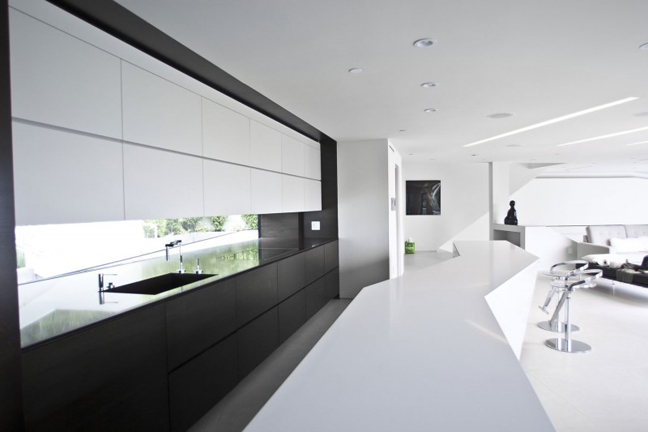 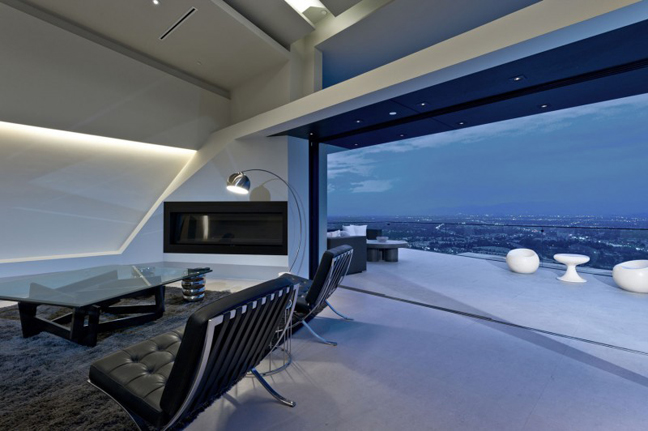 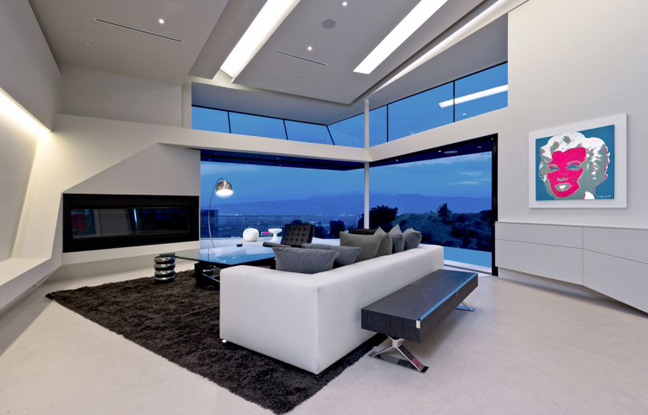 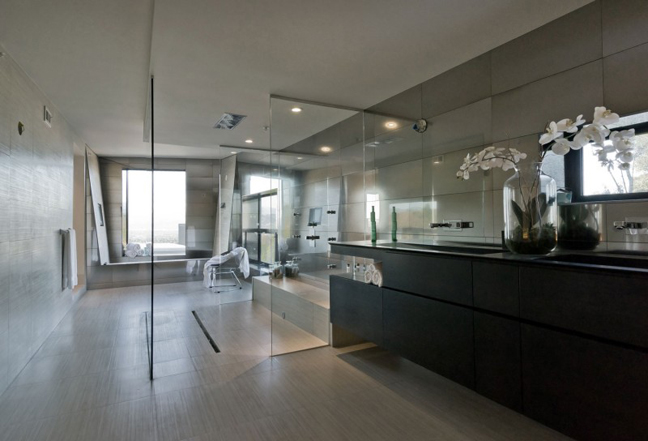 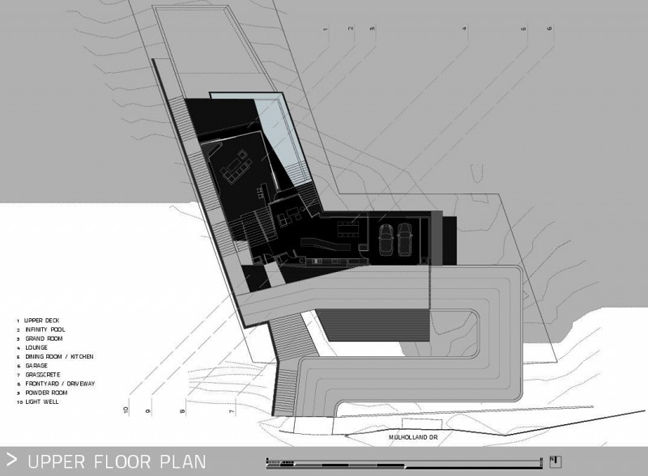 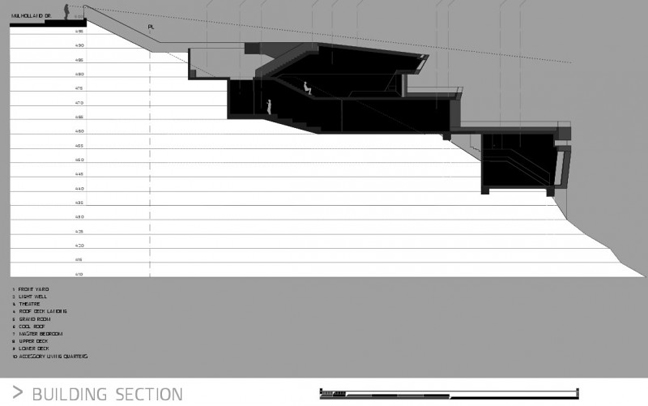