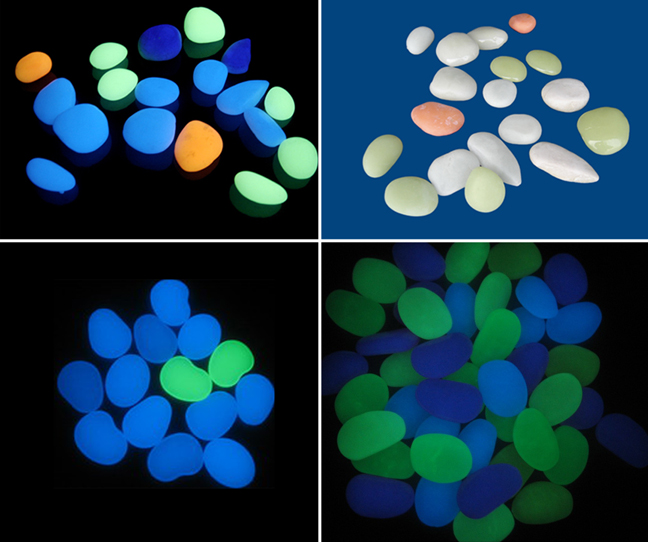 Jinan Chenghao Technology are the wizards behind Glowstone™ gravel, the photoluminescent pebbles which they are currently marketing as the ultimate new way of bringing driveways and trails into the 21st century.  The stones have been used for years now inside fish tanks, and this marks the first time they’ve been used on such large scale projects.  According to the manufacturer’s website, “When exposed to light sources, the photoluminescent pigment within Glowstone™ becomes chemically excited and will afterglow (i.e. glow in the dark). The glow is initially very strong, but then slowly dulls over night, and in daylight the Glowstone™ has an off-white colour and can be supplied in after-glow colours of yellow-green and blue-green. It can be used as an additive into pebble paving or loose laid into gravel paths. Glowstone™ looks and acts like quartz, yet is able to glow in the dark to provide that special night-time effect. It can be manufactured in a range of Photoluminescent pigment strengths. Grades with higher pigment content have a higher cost but also have stronger initial after-glow and will also have a longer duration of glow.”  To get your own glowing trail or driveway simply CLICK HERE. 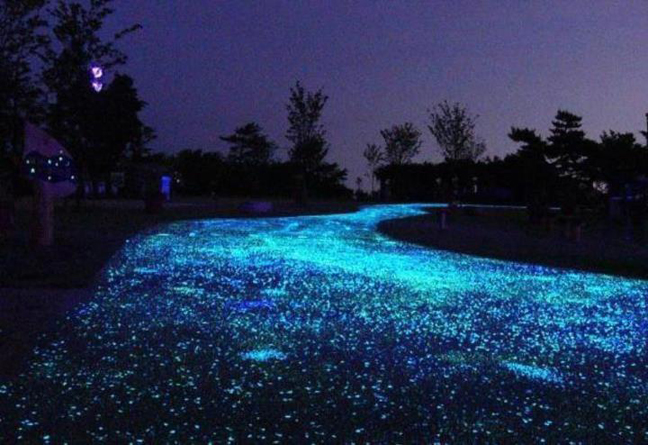 Previous post:
Bishop Explains How Christians Must “Grow Up” And Realize God Is Infinitely More Vast Than Religion Next Post:
Brand New Music From Tim Hecker And Daniel Lopatin, As Well As Glasgow-Based Trio CHVRCHES