First published by The Star (written by GLOBAL BRIEF’s Editor-in-Chief, Irvin Studin) ☛  It takes a century and a half of political imagination, heroic toil and, to be sure, great geopolitical luck to build a country like Canada. It takes but a year or two of hubris, lassitude and ignorance for the whole thing to be lost.

There is today in Canada a dangerous line of argument that must be checked by all thinking citizens: It holds that “Canada” is somehow “tired” of Quebec and the Quebec question, and might therefore wish to “expel” Quebec from the Canadian federation if push comes to shove. The mirror image of this argument comes from the “purs et durs” in Quebec, who believe that a newly sovereign Quebec, in the aftermath of a winning referendum, could naturally negotiate, égal à égal, with “Canada” for some species of peaceable and prosperous coexistence.

Both presumptions are pure sophistries. Why? Because Canada, as a recognizable geopolitical entity, will not exist — period — in the aftermath of the separation of Quebec. Why is this so?

Answer: If Quebec goes, who in the rest of today’s Canada will agree to be governed from Ottawa? Will Victoria agree? Will St. John’s? And, to be sure, will Calgary? Instead, a succession of unilateral declarations of independence is far more likely, with a hodge-podge of new political-constitutional unions and partnerships issuing from what will be a highly destabilizing, chaotic and protracted period of bartering by weak political units, shifting constituencies and even outside powers in order to arrive at a new “post-Canadian” legitimacy across our gigantic land mass.

With Quebec, Canada’s largest province by territory, excised, there will be no meaningful territorial continuity between the eastern and western parts of today’s Canada. Countries may occasionally addend smaller, noncontiguous territorial units to their principal territory, but well-established states seldom survive the lobotomy of their central and largest component.

With the territorial continuity of Canada gone, there would need to be peculiarly strong bonds of kin or affection or like-mindedness between Atlantic Canada, Ontario and western Canada in order to justify the significant effort and cost required to remould a Canadian federation, and indeed to fend off competing seductions and gravities, let alone internal collapse. The threat of imminent American invasion will no longer be there to force or pull together the various parts of British North America, as did Macdonald, Cartier and the other Fathers of Confederation, through hook and crook, as they dreamed of creating a continent-sized political project out of disparate ethnic, religious and linguistic parts in order to found a unity that profited from its internal diversity and contradictions.

Here’s the rub that the sophists need to understand: Canada is and has always been a political enterprise in which the terms of engagement between the various parts and groupings of citizens were originally negotiated, continue to be negotiated and, if the project is to persist, will need to be continuously renegotiated. That’s what politics has always been about in Canada! And this is very much by original design. To be Canadian, therefore — whether one is from Quebec City, Toronto, Yellowknife or Banff — is to agree to participate in, argue about and be bound by this political process in the expectation that it leads to a better general welfare.

George-Étienne Cartier said as much, and understood what he and his colleagues were doing, when he spoke of the “Canadian” as a “political nationality.” In 1865, he stated: “In our own Federation we (will) have Catholic and Protestant, English, French, Irish and Scotch, and each by his efforts and his success (will) increase the prosperity and glory of the new Confederacy . . . (We are) of different races, not for the purpose of warring against each other, but in order to compete and emulate for the general welfare.” Canada also has always had a huge multiplicity of First Nations peoples, Métis and Inuit. If one adds to this demography — today, in 2012 — the Ukrainians, Italians, Jamaicans, Iranians, Haitians, Chinese, Somalis and countless other peoples who have contributed to the remarkable mixity of the country, how could the “Canadian” project possibly be about anything other than a politically negotiated identity and the politically negotiated terms according to which we all agree to live together?

As Cartier knew all too well, and as too many of us Canadians have tended (or wanted?) to forget in recent years, the Quebec question is clearly and permanently at the heart of this negotiation process, and thus, of necessity, at the very centre of the Canadian political project. We lose sight of this basic logic of the country at our great peril. Jingoism about “fundamental values” and “Tim Hortons” and our general likability will not save us from a cold shower and a quite painful reckoning if our political unity ruptures only to reveal an underbelly of incongruous regions, mentalities and world views, leaving historians to marvel that these were all once united in a commonwealth of unexampled success. Hard work, however, can save us, as can the courageous disposition to engage in, renegotiate and indeed reimagine and reinvent the political process that is Canada and the political nationality that is the “Canadian” over and over again, as changing domestic and international circumstances require. And they will require this sooner or later, regardless of whether a sovereigntist government comes to power in Quebec this year, four years hence or even never.

This is all, of course, the exact opposite of wishing the end of the political unity of Canada in the fancy of some “better” or “less tired” post-Canadian or post-Quebec world. For all of Canada’s present imperfections, most of the people on our planet would wager that such a country would be hard to divine. Still, stranger and more tragic things than the breakup of a great, prosperous state have happened in international history, and so strong arguments in support of our collective political project ought to be mobilized in order to displace the timorous silence and dogma that have pervaded our political engagement on the Quebec question for the last decade.

Why continue to fight for Canada as a political community? The defensive logic is counterintuitive, but powerful: the collapse of Canada, which surely would follow the separation of Quebec, would be one of the most important strategic and economic shocks of this early 21st century. Canada has four of the world’s 10 strongest banks, according to Bloomberg Markets Magazine. It consistently ranks among the top-five countries in the world in terms of oil, natural gas, uranium and timber production. It is a top-10 agricultural powerhouse. It has the longest coastline in the world, bordering three different oceans, with its Arctic border about to open in order to usher in one of the most important “great games” of this new century: the race for Arctic resources, which interests all of the world’s major powers. And, of course, the country is deeply integrated into the massive American economy, with American dependence on, and vulnerability to, Canadian economic performance or underperformance — and more basically, Canada’s very existence — not to be underestimated. In short, in modern economic parlance, Canada is “too big to fail.” Its collapse would first shock North America, and then it would shock the world. A post-Canadian Quebec would surely be a far diminished economic and political unit for this shock. Even if it survives territorially intact, it would have no strong or coherent “Canada” with which to negotiate. Geopolitically, it would struggle to be taken seriously by the major countries, from the U.S. to Russia and China, that would surely be positioning themselves for advantage in the post-Canadian North American theatre. (See the current Chinese play on the smaller countries in the South China Sea for a prologue of what would come.) The rest of Canada’s erstwhile units, including Alberta and Ontario, would not necessarily fare much better — at least in the medium-run.

But what about positive reasons for Canadians to continue to stick together, continuously reinventing their politics, and busily building together for a better collective future and world? Let me offer two, if only to get the ball rolling — for if we cannot fight and make a compelling case in favour of Canadian political continuity, then what is the definition of a successful country that is worthy of defence?

First, for Quebec, Canada remains what it was originally designed to be: a solid and sophisticated bulwark for the protection of the very distinctive “French fact” in North America. We may quarrel about degrees of constitutional recognition (and I myself am in favour of a few bilateral Canada-Quebec amendments in order to further entrench French-language protection in Canada), but the fact is that the French language today thrives in Quebec. Not only this, but I would argue that Canada is a great multiplier for the French (Quebec) fact globally. Quebec’s political leaders, from Jean Lesage onward, have certainly been deft in creating the institutional and cultural bases for the production of world-class Québécois offerings in music, literature, film and even sports. They have done all of this within the domestic framework, anatomy and logic of the Canadian federation, and Canada’s global legitimacy, image and footprint around the world have doubtless helped to magnify these achievements.

Is the flourishing of the French fact in Canada a reason for the separation of Quebec and the destruction of Canada or, in the alternative, is it a reason for continuity of the Canadian political enterprise? The latter, clearly. Can Canada do better in the coming decades to protect and magnify the French (Quebec) fact? It must. The level of French proficiency among even the most educated Canadians outside of Quebec is unacceptably low. If even the poorest European and Asian countries are today aiming at trilingualism and quadrilingualism, then there is no credible reason whatever to explain why all educated Canadians should not be near-perfect in both English and French. If the national health and survival require this over the long-run, then let us be deadly serious about this as a country. What’s more, this new century will demand that many of our citizens be near-perfect in a third or even fourth language, likely Mandarin, Spanish, Arabic or Russian. As I have argued elsewhere, the prime minister should move quickly and decisively, in concert with provincial premiers, to create a national languages strategy that sets the linguistic bar extremely high for all future generations of Canadians, with English-French bilingual excellence as a bare minimum.

Finally, let us look to the end of this century. Even on current rates of immigration to our country, Canada will likely be larger in population than virtually every European country, with the possible exception of Russia, by the year 2100. Indeed, I’ve argued that Canada should aim to be, and think of itself as en route to becoming, a country of 100 million people by century’s end. A united Canada of 100 million people, easily mastering English and French and, by then, two or three other tongues (perhaps even an aboriginal tongue), would not be just a prosperous commonwealth. Rather, it would be a major force in the world — one that could lever its enormous wealth, good fortune and great internal complexity not simply to better the lot of a small slice of humanity (Canadians), but that of humanity as a whole. Surely this is something worth fighting for.

Irvin Studin is Editor-in-Chief of GLOBAL BRIEF magazine, and program director and assistant professor in the School of Public Policy and Governance, University of Toronto. 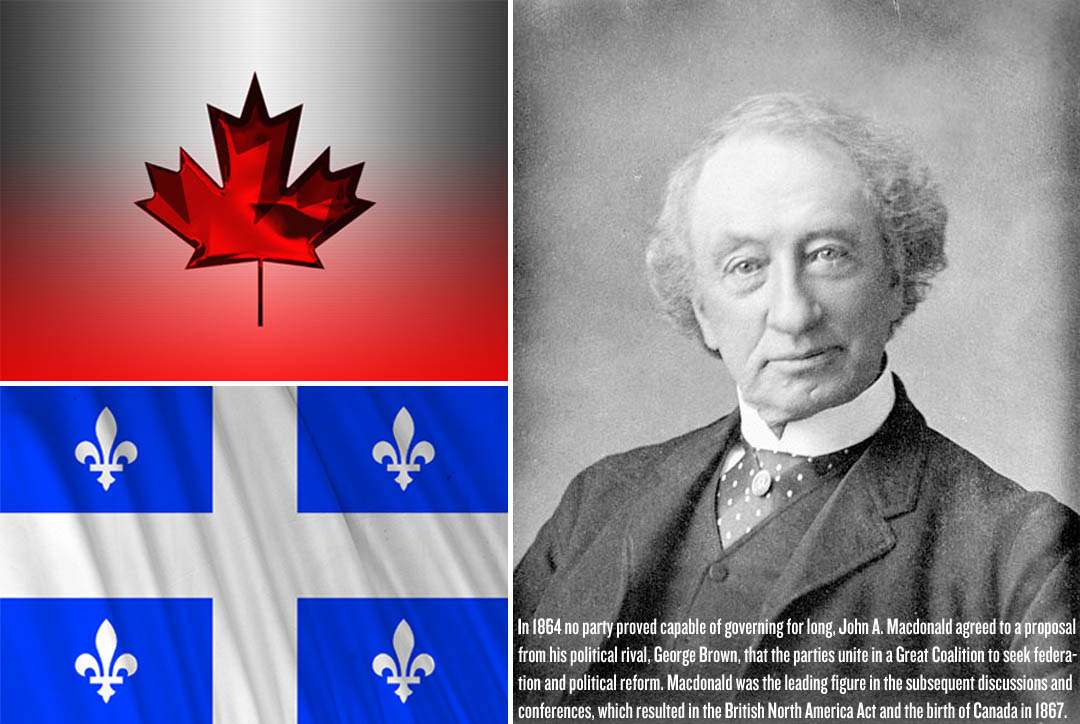 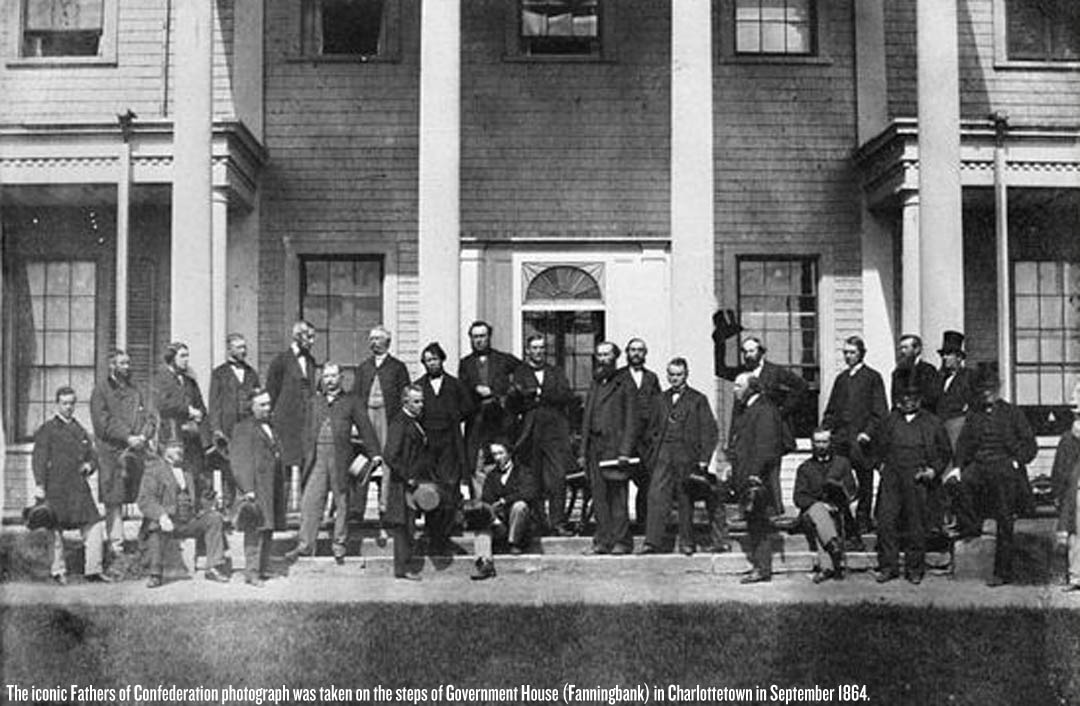 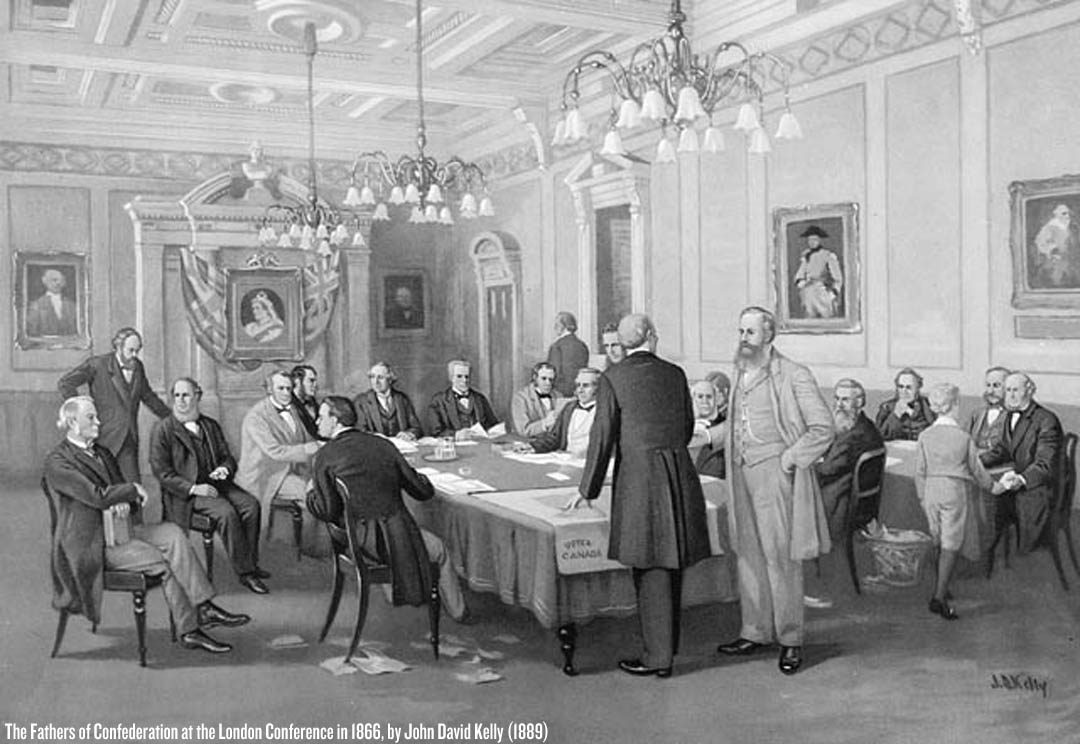 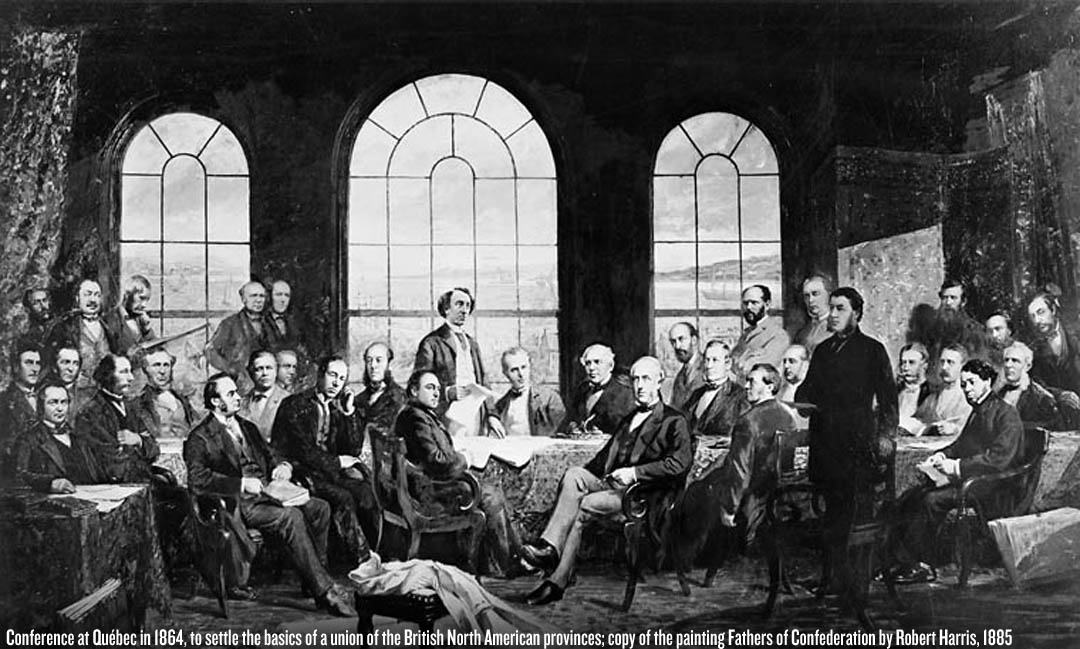