It’s been a long weekend here in Canada as the entire country has been celebrating Canada Day, so I’ve taken a well-deserved three days off from blogging.  And over the past three days, I’ve not only been reminded of what it’s like to have spare time, I’ve also reminded of one man in particular whom I regard as one of the smartest, funniest, sharpest, most intelligent human beings on the face of the earth — the amazingness that is Bill Maher.  Bill is not only a genius comedian and commentator, he is also a personal role model of mine.

For some reason during my epic Saturday morning hangover I was comforted by reruns of Bill’s late night HBO talk show Real Time With Bill Maher, especially the after the show question-and-answer segments known as “Overtime”.  I wish I felt like biting the bullet and subscribing to HBO, but FEELguide barely pays me a God damn fucking cent, so I’m going to wait until the day I can jack it off a future neighbour.  In the mean time, these rerun segments are doing just nicely, along with Bill’s brilliant 2008 documentary Religulous which is available in its entire glory for free on YouTube as well by CLICKING HERE, so enjoy!

It’s my last night of freedom before I start a brand new contract doing set design on some butt-fuck retarded movie in a movie studio here in Montreal, somewhere in the middle of nowhere.  It’s just for a month, which falls in line perfectly with my Provincetown vacation starting the first weekend of August.  So I’m going to curl up to my friendly YouTube and take in as many Bill Maher videos as I possibly can tonight.  If anyone can help me get over the pain of having to leave my own home to make a buck, it’s Bill.  For all things Bill be sure to visit Billmaher.com, his home page at HBO, his blog, and follow him on Facebook and Twitter. 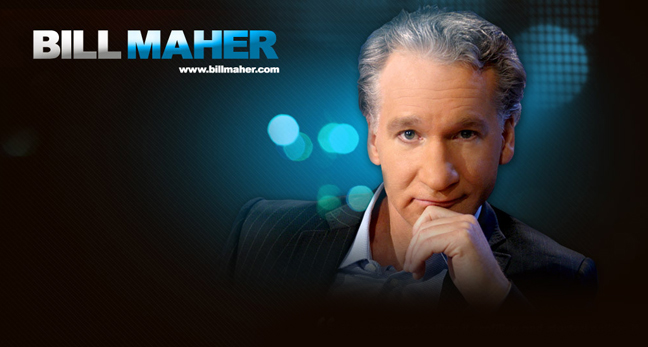