Anyone who wilfully chooses to remain a Catholic in the year 2012 needs to undergo a serious psychological examination as far as I’m concerned.  The Vatican’s long list of horrific acts and proclamations over the course of twenty centuries is as cringeworthy to hold in one’s hands as the world’s biggest pile of human feces, and the pile continues to get bigger.

In one of the most absurd announcements I have ever read, the Vatican has officially declared that making a woman a priest is as sinful as abusing a child.  New religious rules published by the Vatican set both sins at the same level of gravity and recommended the same punishment for guilty priests.  But including the ordination of women in the same category of religious crime as child sex abuse is glaring proof that this institution is completely off its rocker.  The Vatican, together with the Catholic wing of the Church of England, believes that since Christ chose no women disciples, it is wrong for women to assume leadership in the Church.  What the Vatican fails to realize is that if Jesus Christ could time-travel his way to 2012  and see what the Roman Catholic Church has become, he would be more disgusted than anyone.  Andrew Madden, a former Dublin altar boy who took the Church to court in Ireland during the 1990s, said: “The first thing the Church should be doing is reporting [sex abuse] crimes to civil authorities.  That’s far more important than deciding whether a criminal priest should be defrocked or not. The Church’s internal rules are no more important than the rules of your local golf club.”  Amen Andrew!  Barbara Dorris, of the Survivors’ Network for Those Abused by Priests, said the new rules “can be summed up in three words: missing the boat.”  The fact that the Vatican is unveiling this kind of insane “moral arithmetic” in 2012 is exactly that — insane.

To understand exactly why the Vatican has completely destroyed the true message of Jesus Christ CLICK HERE.  To read neuroscientist, philosopher, and author Sam Harris’s essay explaining why the Vatican and the Pope must be brought to justice you absolutely must visit SamHarris.org.  And for up-to-the-minute news on all the Vatican’s embarrassing fumbles towards irrelevancy be sure to follow Occupy The Vatican on Facebook. 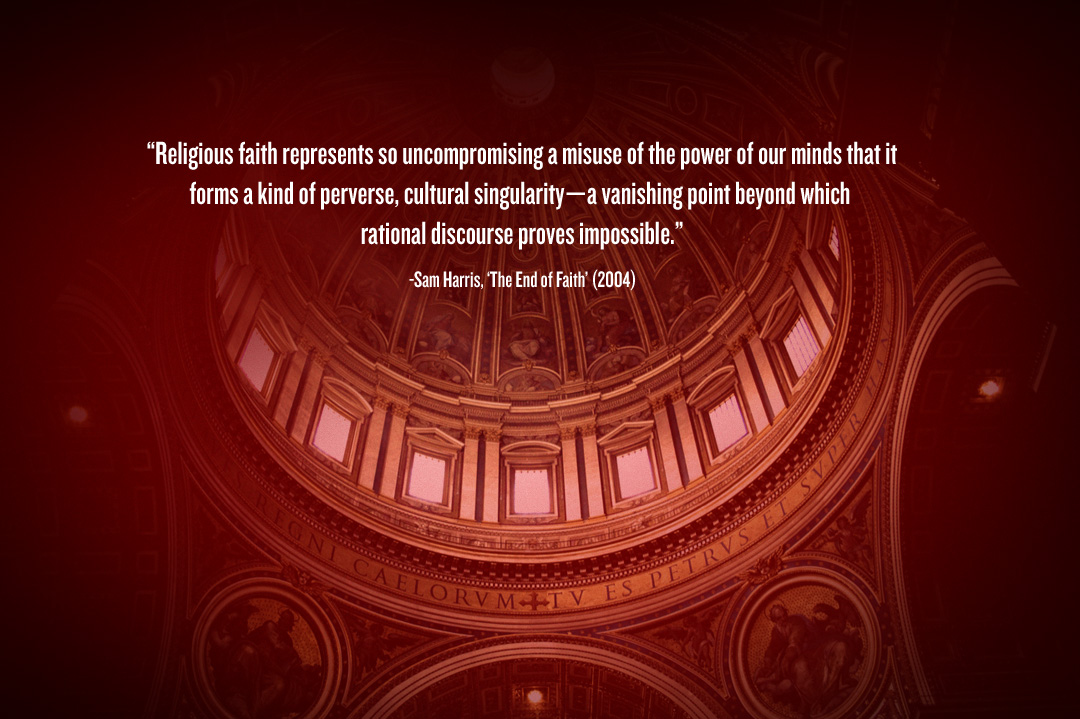 Previous post:
16 Quadrotor Flying Robots + A Score By ONEOHTRIX + Marshmellow Laser Feast = 7:30 Of Brilliance Next Post:
The Reviews Are In And Frank Ocean’s “Channel Orange” Album Is About To Blow Your Mind Wide Open