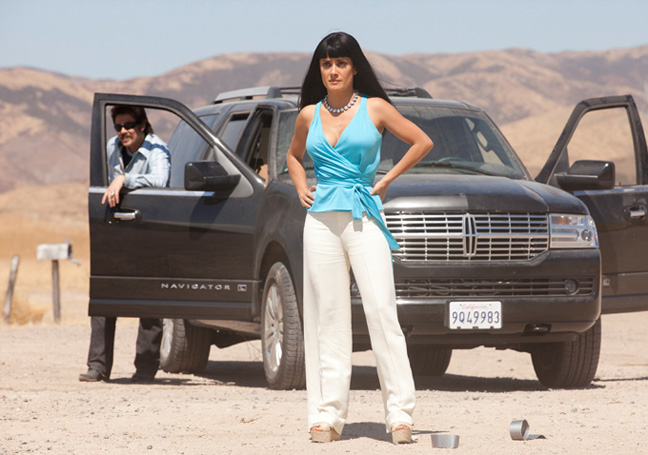 As The Playlist noted a couple days ago, Universal has decided to bump up the release date of Oliver Stone‘s highly anticipated new film Savages from a fall opening to the very same weekend as The Amazing Spider-Man on July 6th.  It’s almost impossible to predict how the box office will play out on this one, but as for me I have as much desire to see Spider-Man as I do to visit that freakish town in India which was recently plagued by a mysterious swarm of voracious poisonous spiders (read more about this insanity by visiting TIME.com).  Savages was written by acclaimed novelist Don Winslow, and from what I’ve seen and read about this film it promises to be one hell of a ride.

The film stars my future husband Aaron Johnson, and another of my future husbands, Taylor Kitsch, as well as Salma Hayek, Blake Lively, and Benicio Del Toro.  It also stars closeted ass-wipe John Travolta (but I’m willing to overlook this one disastrous casting choice of Sarah Finn because everyone else looks bang on).  It tells the story of pot growers Ben (Aaron Johnson) and Chon (Taylor Kitsch) who face off against the Mexican drug cartel who kidnapped their shared girlfriend (Blake Lively) after they refuse to surrender their turf to the Mexican cartel.  In the planned sequel, Johnson and Kitsch escape to Montreal where they shack up at my place for two years to avoid the law.  The trauma of their run-in with the Mexican drug lords was so severe that it leads both Johnson and Kitsch to spend their entire time in my apartment wearing nothing but their speedos and remaining by my side at all times from dusk til dawn.  The title of the sequel will be Ravages (if ya know what I mean).

Don Winslow appeared on CBS This Morning a couple hours ago, where he shared his thoughts on his books being turned into films.  He was there to promote his brand new book The Kings Of Cool (the prequel to Savages) which hits store shelves on June 26th.  While paying quick visit to his Wikipedia page, I learned that Winslow writes every day from 5:30am to 10:00am and then hikes six or seven miles before returning to work.  He generally works on two books at a time, moving to the other when work on the first stalls.  He says the longest he has gone without writing after a book is completed is five days; he calls it an addiction.  The time it takes him to write a book varies.  The Death and Life of Bobby Z was written on the train between Dana Point, California and Los Angeles, one chapter per trip.  The Power of the Dog took six years to research and write, including traveling to Mexico to interview people with similar experiences as its character.  You can browse all of Don Winslow’s novels on Amazon, and once again, Savages opens on July 6th. 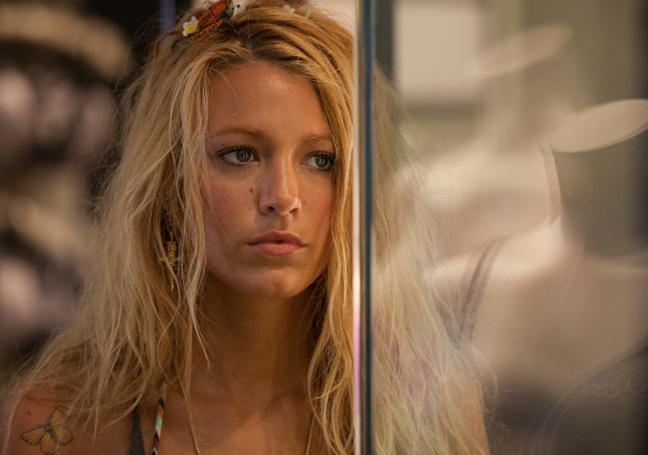 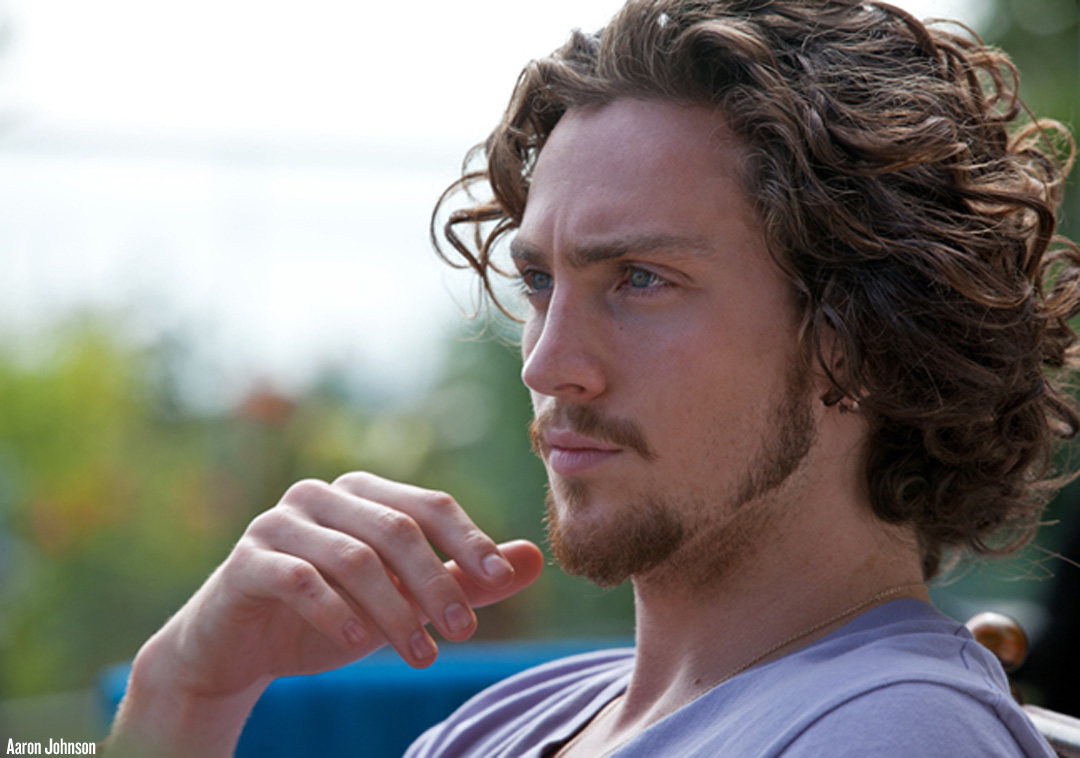 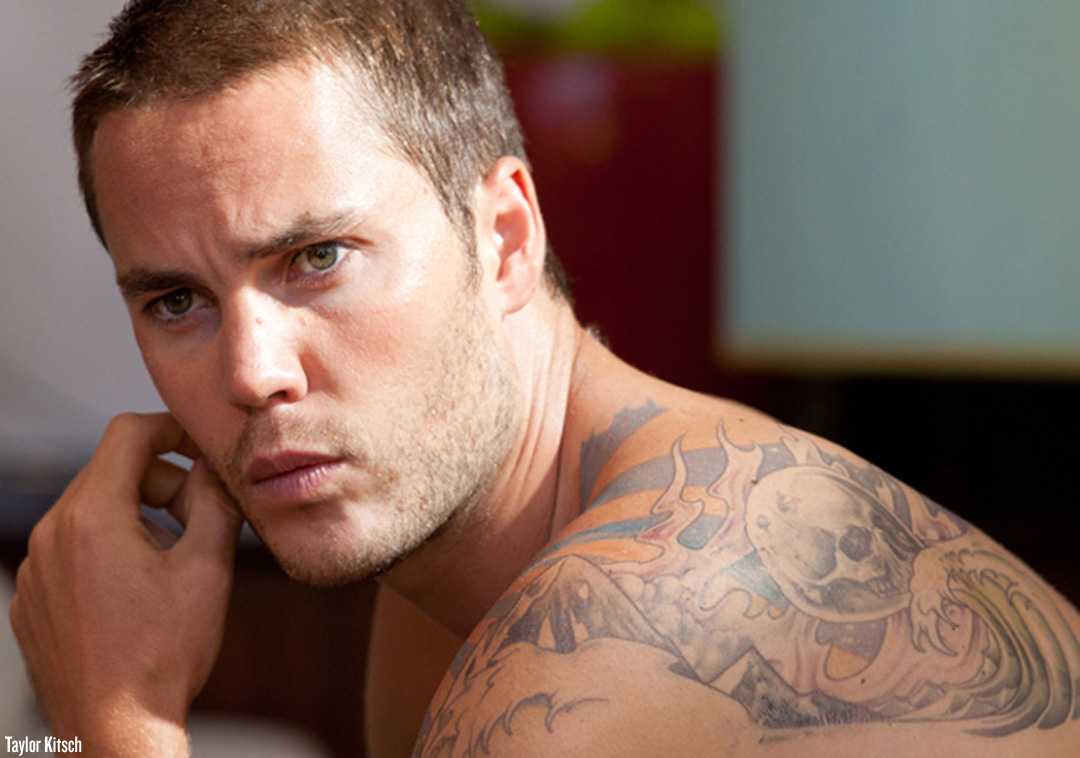 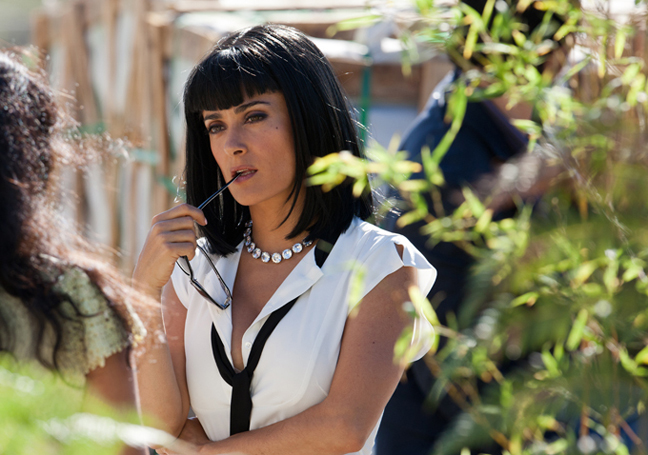 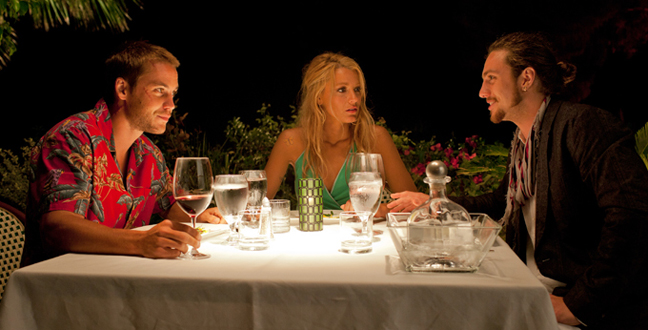 Sources: The Playlist and CBS This Morning