When Grant Wood painted American Gothic in 1930, there is no way he could have ever predicted the iconic status the famous work of art has now garnered.  It is one of the single most recognizable works of art in American history, and up until this morning I had always thought its setting was fictitious.  As it turns out, the house is not only real — someone also lives there.  Located in Eldon, Iowa, the home’s resident is Beth Howard, who moved to Iowa from Malibu a year after the sudden death of her husband.  Something inside of Beth decided it was something she had to do, and not only did the move become a way of navigating through the grief of losing her soulmate, it also opened up an entirely new chapter in her life.  CBS NEWS recently caught up with Beth to talk about her life’s journey, as well as her new book Making Piece: A Memoir of Love, Loss & Pie. 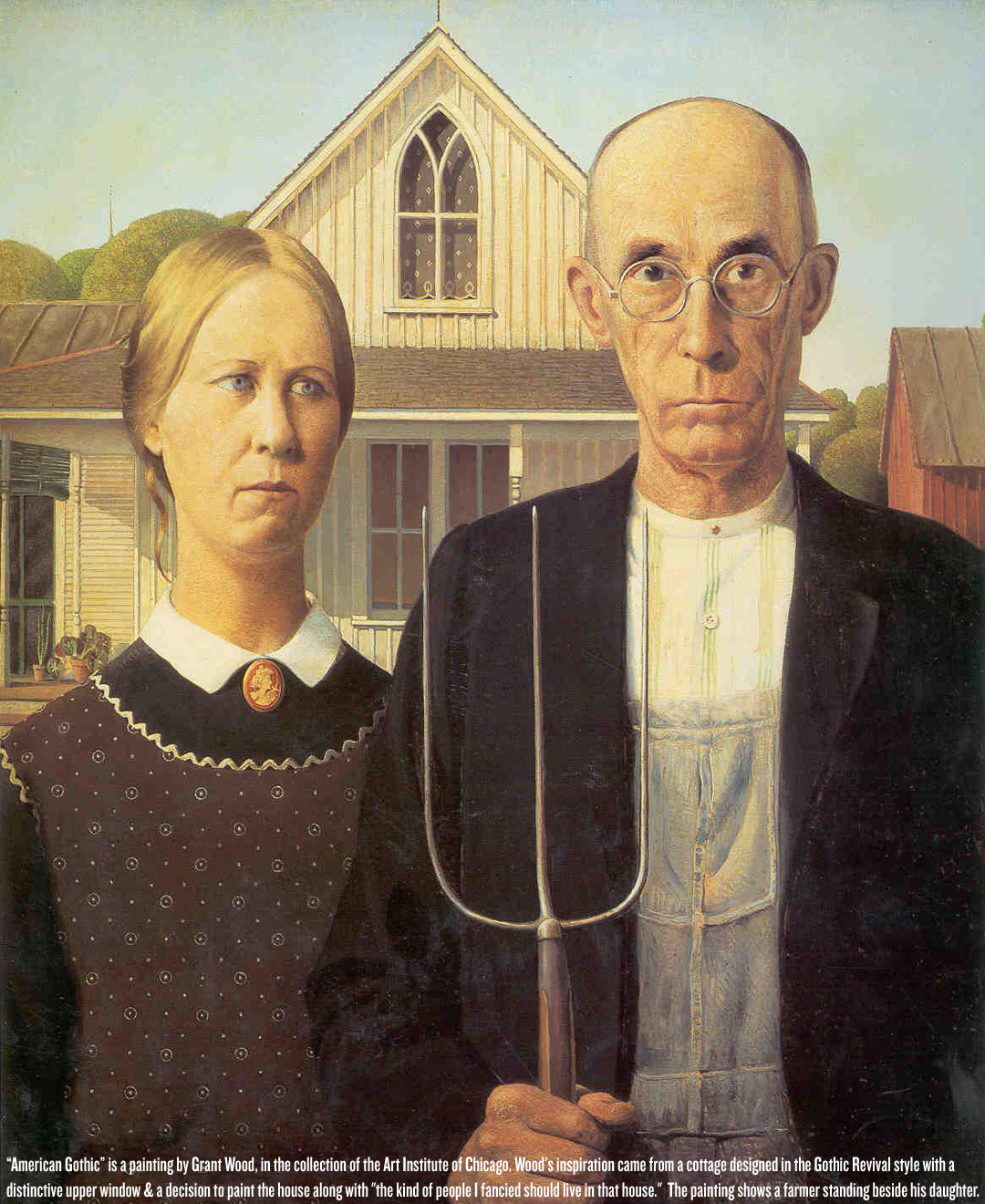 Previous post:
The WOW Files: Frank Ocean’s Highly Addictive “PYRAMIDS” Is Seriously Blowing My Mind Next Post:
An Exercise In Perfection: Watch CFCF’s New Video For The Amazingness That Is “Exercise #3 (Building)”