The two most exciting fronts in the world of technological innovation are: 1) the use of nanotechnology to build our devices at a molecular level (i.e. imagine an iPhone that could fit under your fingernail?  It’s coming); and 2) moving away from data storage on silicon chips to data storage in atomic vapor.  A major breakthrough in the latter field came last week with the announcement that physicists successfully managed to store two images in an atomic cloud of rubidium atoms and play them back-to-back, resulting in the first ever “atomic movie”.  As Popular Science explains, “During the process, a mask with an outline of the image to be transmitted is encoded by a laser onto a field of rubidium atoms. A magnetic field locks the atoms (and information) into place; they’re released when the field is switched back off. From there, a high-speed camera snaps a picture of each image.”  Needless to say, it’s a very big deal and you can get all the fascinating details about how the team pulled it off, as well as the next research and development steps that are being taken to bring this new technology to life, by visiting PHYS.org. 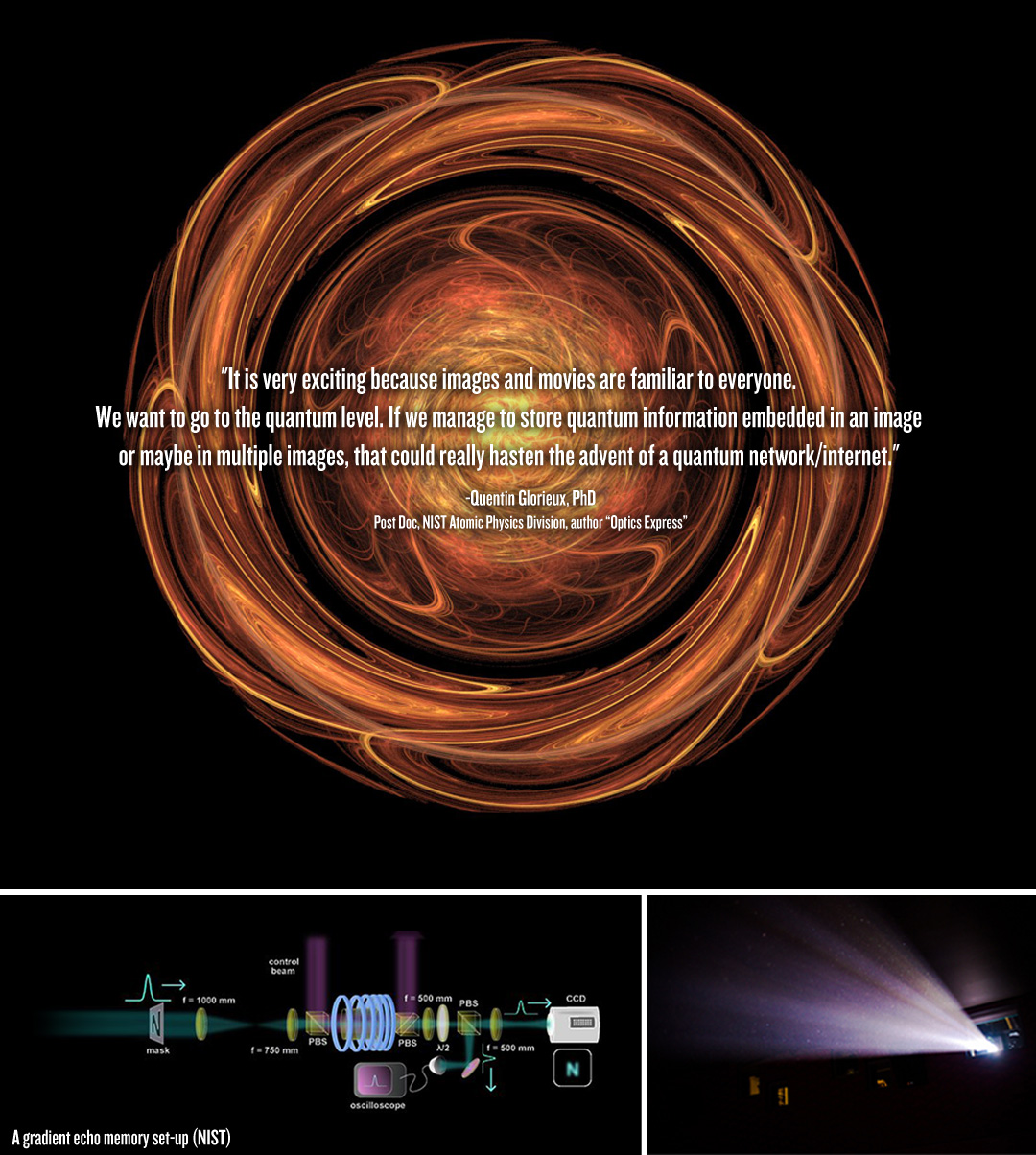