Former President Bill Clinton is busy getting his latest gathering of leaders and intelligent minds together in Chicago for the Clinton Global Initiative meetings in Chicago, this time aimed at finding new ways to get America on its feet again.  He took some time to talk to NBC NEWS’ Brian Williams for an interview which aired earlier this evening, and as with any Clinton interivew, it’s riveting from beginning to end.  Williams raises a wide range of issues in the sit-down, from how to get America working again, to his thoughts on private equity firms such as Mitt Romney’s work at Bain Capital, to his growing friendship with President Obama, to a candid moment where Clinton shares his personal opinions on the potentially devastating effect that Facebook and other new technologies are having on the minds of our children, young adults, and even us older folk.  He shares a personal story of how there wasn’t even so much as a television in his home until he was ten-years-old, and it was this tech-free existence which gave him not only a profound understanding of the power of storytelling, but also the essential skill of simply knowing how to live in the present moment.  It’s an incredible conversation and I highly recommend you watching it in full below.  For more information on the Clinton Global Initiative be sure to visit ClintonGlobalInitiative.org.

NOTE: CLINTON’S COMMENTS ON THE ‘FACEBOOK EFFECT’ BEGIN AT THE 8:25 MARK. 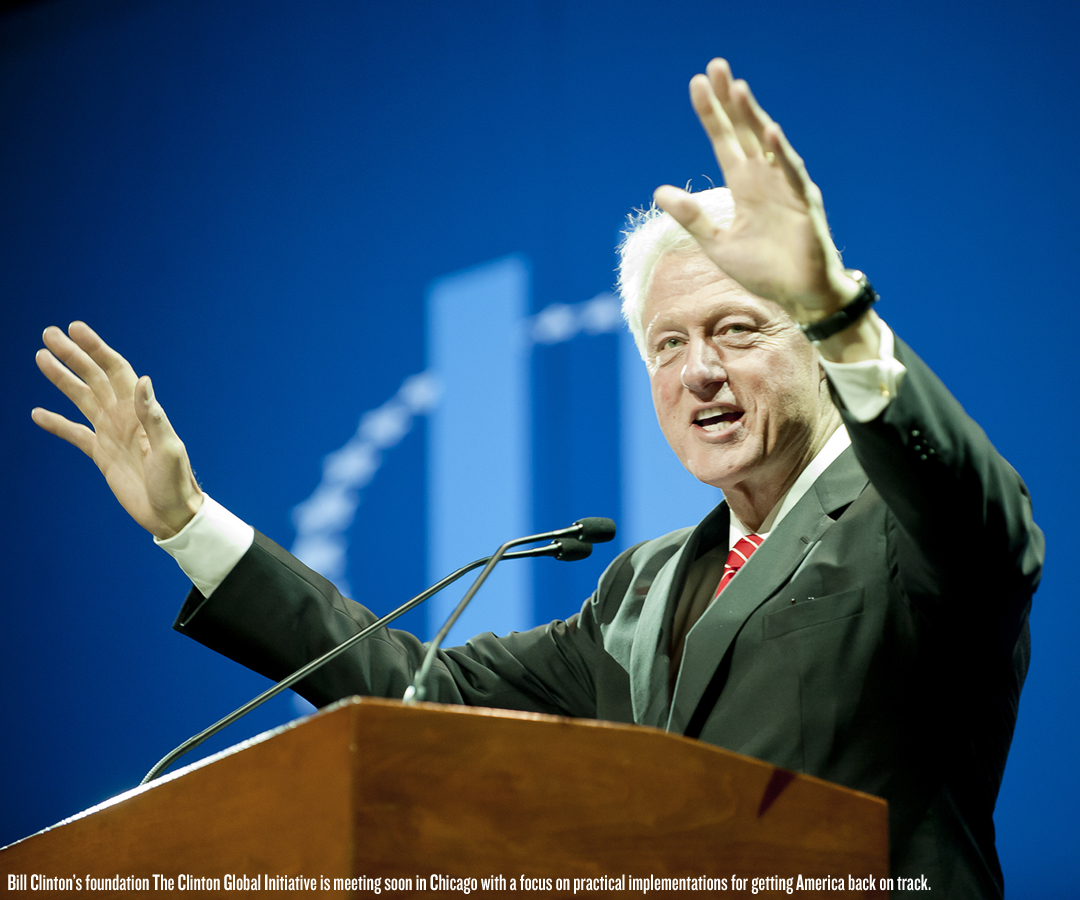 Previous post:
That Missing Link In Your Favorite Music Of Summer 2012 Just Got Filled In A Major Way By DIIV Next Post:
The WOW Files: Physicists Store Film Data In Atomic Cloud Of Vapor, Play Images Back-To-Back