BIBIO (a.k.a. Stephen James Wilkinson) affectionately refers to himself as a musician who has been “brewing thunderstorms” for a few years now.  His 2009 album Ambivalence Avenue is a staggering accomplishment, and his 2011 record Mind Bokeh is equally as beautiful.  I’ve always imagined that one of the biggest perks of being a stand-out artist such as BIBIO would be the pleasure garnered by sitting back and watching your peers and fellow musicians take your music and rework it in such a way as to discover new potential realities for your creation(s).  Such is the case with this brand new Chateaubriand remix of what I consider the number one song from Ambivalence Avenue — the amazingness that is “Lovers’ Carvings”.  Chateaubriand injects an irresistible thumpiness to the track which might just get that head of yours bobbing up and down at your desk this morning.  You can follow Chateaubriand on Facebook and Soundcloud, and for all things BIBIO be sure to follow him on Facebook (which has links to all his networks), and pick up his two stellar albums, and more, by via iTunes.  I’ve attached the remix below for your dancing pleasure, and no BIBO post would be complete without reference to one of my favorite song/movie mash-ups of the past year: BIBIO’s “Mind Bokeh” combined with the subway scene from the 1979 film The Warriors.  Absolutely brilliant. 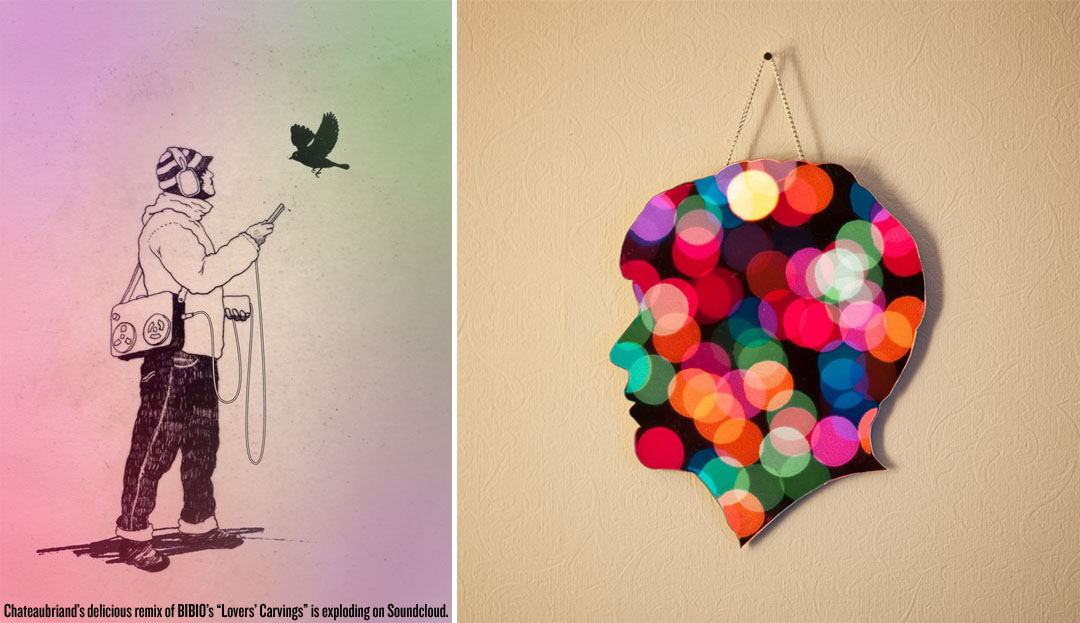 Previous post:
Sigur Rós’ New Album “Valtari” Is Pretty Much The Most Gorgeous Thing You’ll Ever Hear Next Post:
Einstein: Happiness As An End Goal Is For “Swines”, Focus Instead On Truth, Goodness & Beauty