In Part Two, Episode #7 of his critically acclaimed ongoing Brain Series specials, Charlie Rose assembled a powerhouse roundtable of some of the most preeminent leaders in the field of brain research to take a deep, up-close look at one of the most common and debilitating brain disorders of all: depression.  Leading the team is Charlie’s co-host, Eric R. Kandel, M.D., a Nobel Prize-winning medical researcher, Columbia University professor, and a Senior Investigator at the Howard Hughes Medical Institute.  Also joining in the fascinating discussion are: Peter Whybrow of UCLA, author Andrew Solomon, Frederick Goodwin of George Washington University and Helen Mayberg of Emory University who is renowned for her work in cutting edge brain imaging research.  The entire hour is incredible, but I have to say author Andrew Solomon’s own personal account of his battle with deep depression is absolutely riveting.  Andrew’s powerful book The Noonday Demon: An Atlas Of Depression, was ranked by The New York Times as one of 2001’s most notable books, and it also won the National Book Award for Nonfiction.  An incredible hour with with some of the most respected names in brain science and depression research, it’s well worth every second of your time.  For a complete archive of all of Charlie Rose’s Brain Series episodes CLICK HERE.
. 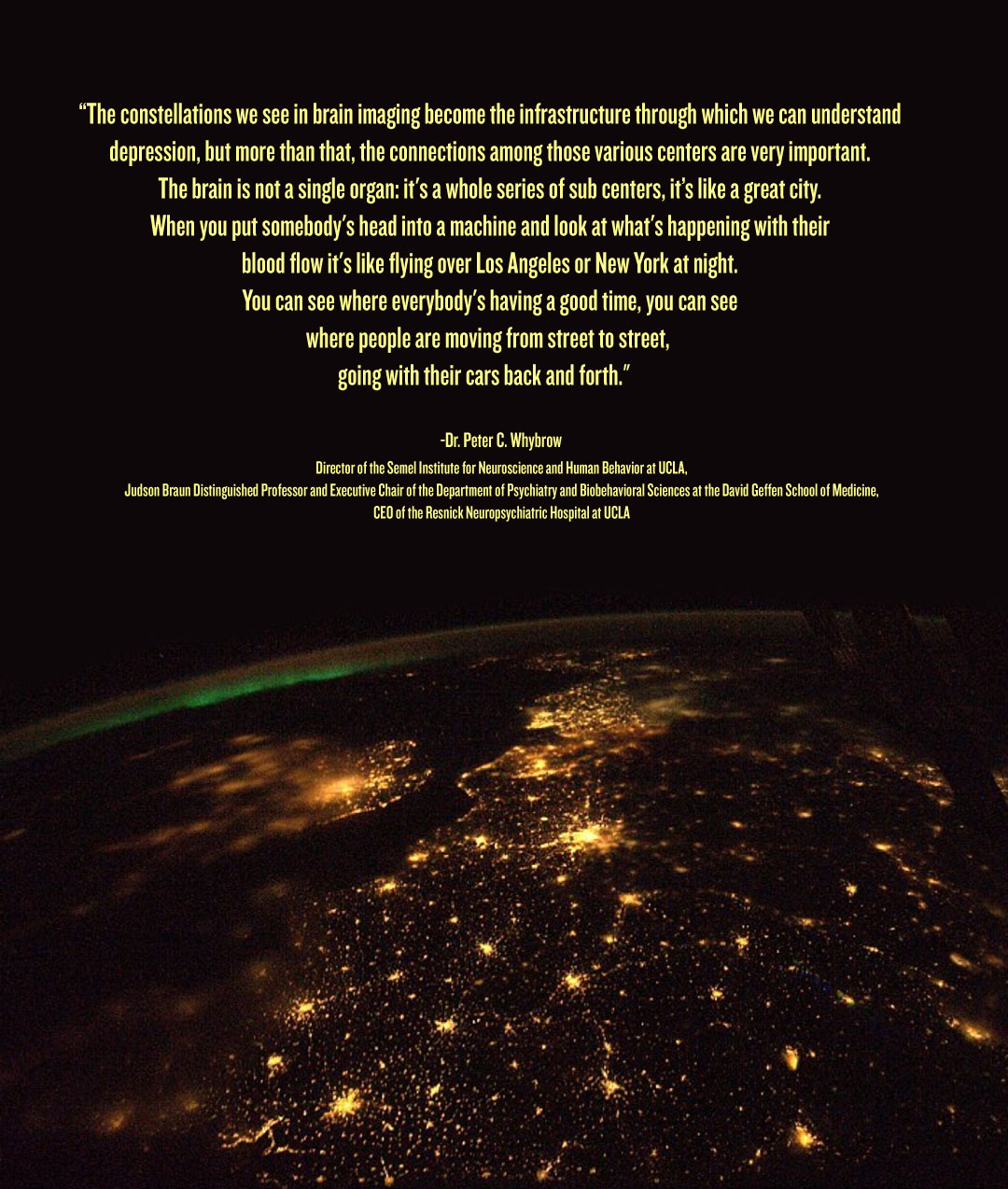