The WOW Files: Watch Atwood, Amis & Doctorow On America and Its Role In Global Political Culture

New York City recently played host to the PEN World Voices Festival of International Literature, and one of the most fascinating highlights of the event was a talk moderated by A.O. Scott on Wednesday May 2, 2012 which gathered three of the world’s most celebrated authors: Martin Amis (The Pregnant Widow and the upcoming Lionel Asbo: The State of England), Margaret Atwood (The Blind Assassin, The Year of the Flood) and E.L. Doctorow (Ragtime, Homer & Langley). The topic of discussion was entitled “America and its Role in Global Political Culture”, and a few days prior The New York Times had published each author’s essay written exclusively for the Times.  Doctorow’s was called, “Unexceptionalism: A Primer“; Atwood’s was titled, “Hello, Martians. Let Moby Dick Explain“; and Amis’s, “Marty and Nick Jr. Go to America.”  The discussion was filmed and you can watch the entire brilliant exchange in the video below.  One of the most insightful conversations on the nature and influence of American politics that you will ever see. 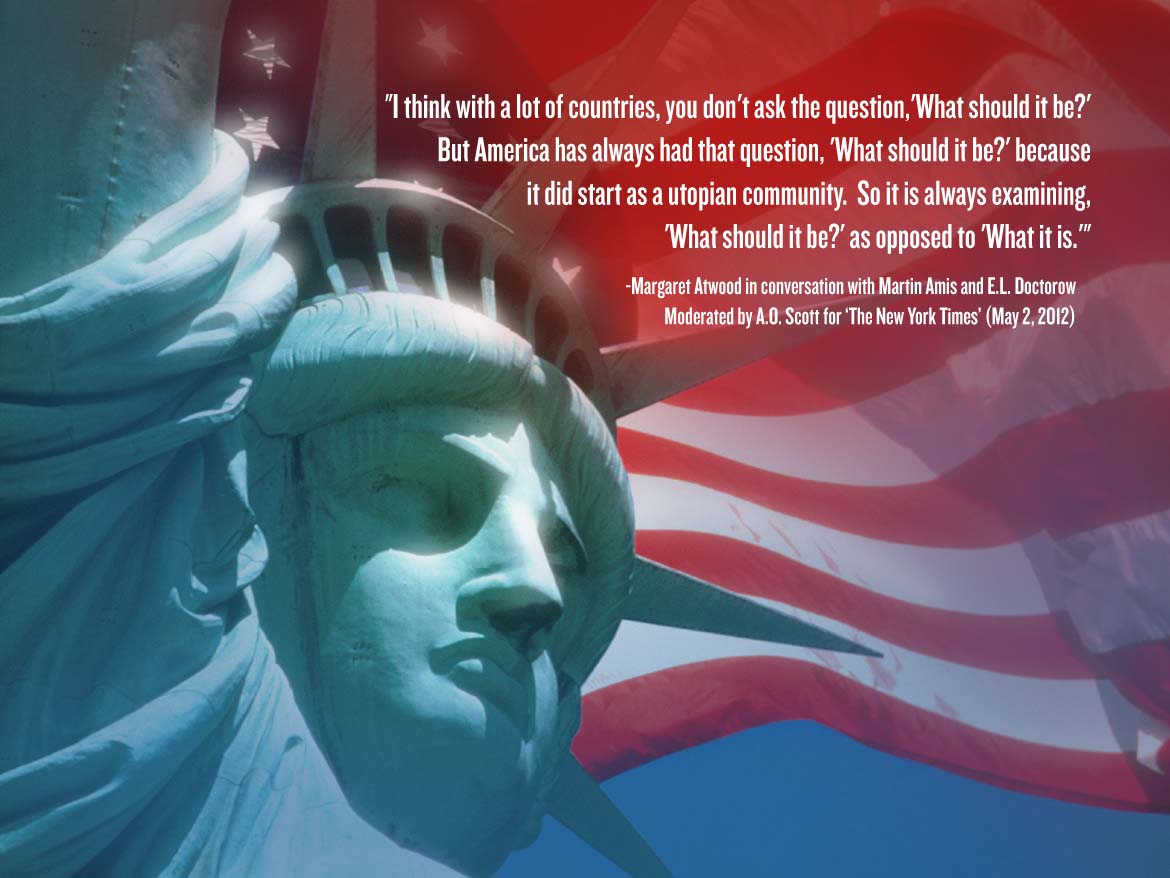 Previous post:
Mindblowing Digital Waterfall In Osaka Acts As Both A Clock And An Infinite Flowing Art Display Next Post:
Get Lost In MS MR’s “Hurricane” Of Images With Their Brand New Tumblricious Video