The Beginning Of The End? NBC NEWS Reports Anxious Greeks Withdraw Nearly $1 Billion In One Day

As you read these words, political leaders are gathering in Athens to not only find a way of creating an emergency coalition government out of the country’s fractured political sphere, but also to deal with a possible run on banks.  NBC NEWS is reporting that over the course of Monday’s 24 hours, Greeks withdrew nearly 700 million euros ($900 million) out of fears the country’s economy is not only about to suffer a crash landing, but also a colossal devaluation if it leaves the European single currency and returns to the drachma.  President Karolos Papoulias warned of “great fear that could develop into a panic,” the minutes of Papoulias’ negotiations with political leaders showed, according to Reuters.  The following is an excerpt from the NBC report detailing the transcripted minutes obtained from a meeting between Greek President Karolos Papoulias and George Provopoulos, head of the Greece’s central bank:

“Withdrawals and outflows by 4:00 p.m. when I called him exceeded 600 million euros and reached 700 million euros,” the President said according to the minutes of the meeting. “He expects total outflows of about 800 million euros.”  Several banking sources told Reuters similar amounts had also been withdrawn on Tuesday.

The probability of a Greek exit from the euro (dubbed the “Grexit” by commentators) is now so certain at this point that even political leaders committed to avoid it admit preparations are under way.  Asked in an interview whether Greece could leave the euro zone, IMF director Christine Lagarde replied: “We certainly don’t hope so, from the IMF point of view, but we have to be technically prepared for anything.”  CNBC’s John Carney raised the prospect of reduced limits on ATM withdrawals, citing a calculation by London analysts Capital Economics that if every working-age Greek withdrew the maximum permitted ATM amount of 300 euros a day, every single deposit of Greek households would be gone within 61 days.  “Over the last two years Greeks withdrew approximately 70 billion euros from their bank accounts, an amount equivalent to approximately 35 percent of Greek GDP,” Dr. Michael Arghyrou, senior Economics lecturer at Cardiff Business School in Wales told MSNBC.  You can read the full story by visiting NBC NEWS. 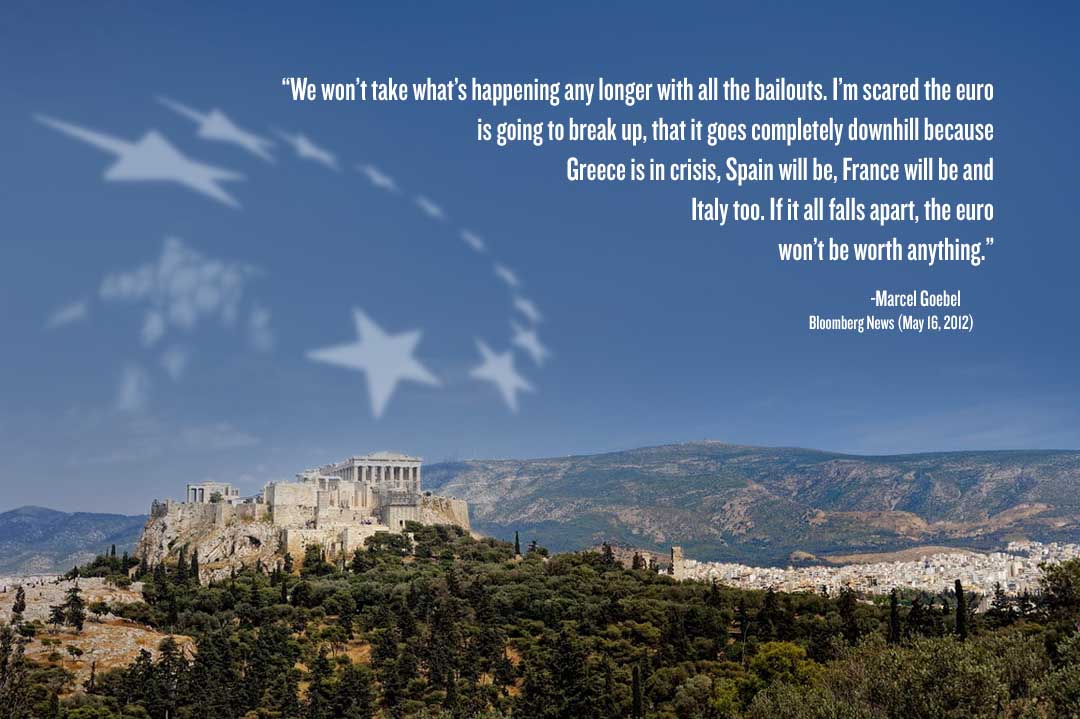