Popular Science reported yesterday on an ambitious plan to build a functioning scale replica of the Starship Enterprise — a plan which has been carefully considered and proposed by engineer BTE Dan (BTE stands for “Build The Enterprise”, which is also the name of the project’s website).  Labelled the Gen1 Enterprise, the enormous ship would incorporate ion propulsion technology, powered by a 1.5-GW nuclear reactor, and could travel to Mars in three months and the moon in 3 days.  The 0.3-mile-diameter gravity disc would spin at two rotations per minute, and provide 1G of gravity to the crew.  It is a fully-functioning, full-size replica of the Starship Enterprise, and due to the legendary ship’s exact size, if built, it would be the largest structure ever built in the history of humanity (its length would be more than the height of the Burj Dubai Tower).

“We have the technological reach to build the first generation of the spaceship known as the USS Enterprise – so let’s do it,” BTE Dan writes. He even provides a cost feasibility study with regards to the U.S. Federal Budget, and proposes tax hikes and spending cuts to cover the $1 trillion cost of the ship: “These changes to spending and taxes will not sink the Republic,” BuildTheEnterprise.org reads.  Gen 1 Enterprise would be built in space and have a triple function as not only a space station, but also a spaceport and travelling spacecraft all-in-one.  The goal of the ship is not only to create the first space station that exists outside of earth’s orbit, but also to accelerate space exploration to distant targets much more quickly.  Its first mission would be to the Moon, Venus, Mars, and perhaps Europa. As Universe Today notes, the ship’s onboard laser would be used to sear through the moon’s ice crust to allow a ship to drop into its oceans. Three additional nuclear reactors would provide electricity for this laser and other ship needs.

The project is not the first of it’s kind either.  The Defense Advanced Research Projects Agency (DARPA), an agency of the United States Department of Defense responsible for the development of new technology for use by the military, announced the 100-Year Starship project in early 2011.  DARPA says the 100 Year Starship Study is a project to develop a viable and sustainable model for persistent, long-term, private-sector investment into the myriad disciplines needed to make long-distance space travel practicable and feasible.  The Department of Defense and NASA are also involved in the project.  DARPA’s 100-Year Starship was also designed partly to foster ideas exactly like the BTE project, from a project planning roadmap to a real ship.  You can learn more about BTE’s Gen 1 Enterprise by visiting the project’s website (NOTE: the site’s servers have been off-and-on due to the unpredicted spike in demand over the past 24 hours) and follow BTE Dan on Twitter. 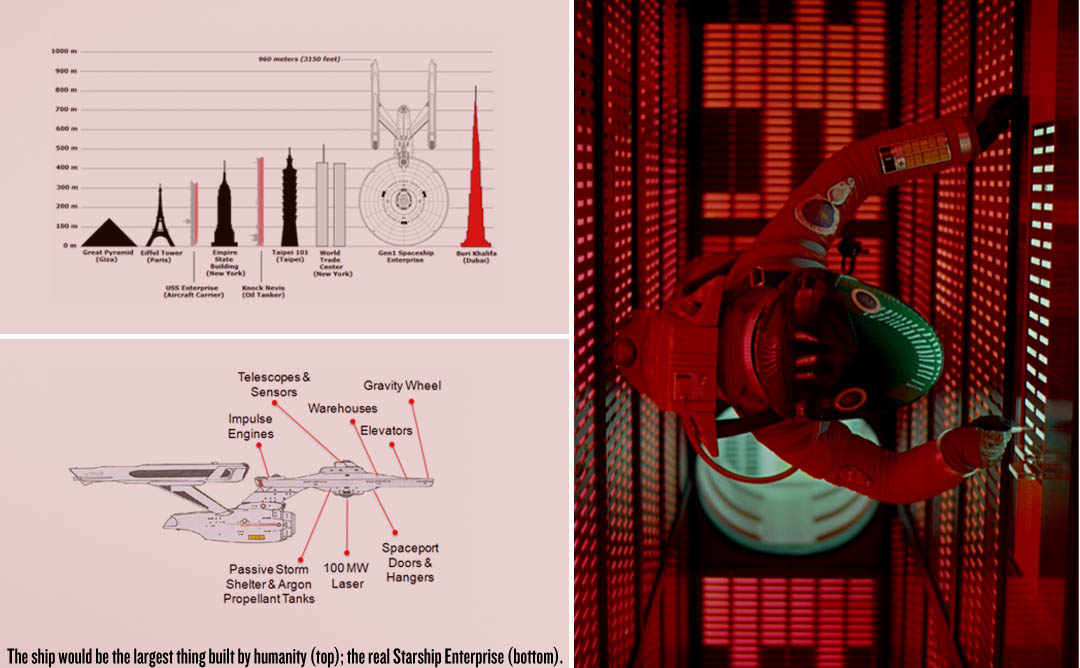