On Wednesday, The New York Times published a disturbing story written by Sharon Otterman and Ray Rivera which revealed the horrifiying lengths New York City’s ultra-Orthodox Jewish community has been going to to protect and shelter some of the city’s most despicable criminals.  The exposé opens with the story of Mordechai Jungreis who learned that his mentally disabled teenage son was being molested in a Jewish ritual bathhouse in Brooklyn.  The news came as a traumatic shock to Jungreis, but nothing could have prepared him for what happened next.  The following is an excerpt from The New York Times report:

Old friends started walking stonily past him and his family on the streets of Williamsburg. Their landlord kicked them out of their apartment. Anonymous messages filled their answering machine, cursing Mr. Jungreis for turning in a fellow Jew. And, he said, the mother of a child in a wheelchair confronted Mr. Jungreis’s mother-in-law, saying the same man had molested her son, and she “did not report this crime, so why did your son-in-law have to?”

By speaking with police in order to begin the process of putting his son’s abuser behind bars, Mr. Jungreis, 38, found himself deep in the dark center of a disturbing issue emanating from the close-knit culture of secrecy that blankets New York’s Hasidic community.  In recent years there have been some hopeful cracks appearing, but Jungreis’ story is just the tip of an iceberg — those who do come forward encounter an overwhelming wave of intimidation from their neighbors and from rabbinical authorities, aimed at pressuring them to drop their cases.  “Try living for one day with all the pain I am living with,” Mr. Jungreis, spent and distraught, said recently to The New York Times outside his new apartment on Williamsburg’s outskirts. “Did anybody in the Hasidic community in these two years, in Borough Park, in Flatbush, ever come up and look my son in the eye and tell him a good word?  Did anybody take the courage to show him mercy in the street?”

The reporters then meets up with Pearl Engelman, a 64-year-old great-grandmother, who shared her own emotional story of being abandoned by her community.  In 2008, her son, Joel, told rabbinical authorities that he had was a victim of repeated abuse by a school official at the United Talmudical Academy in Williamsburg.  The school briefly removed the official from his positon, but not without denying the accusation.  And the second Joel turned 23, now being too old to file charges udner New York’s statute of limitations, the school swiftly returned the man to teaching.  “There is no nice way of saying it,” Mrs. Engelman said. “Our community protects molesters.”

While a handful of ultra-Orthodox rabbis now agree that a child molester should be reported to the police, most within the community strictly abide by an ancient prohibition against mesirah, the ” turning in of a Jew to non-Jewish authorities,” and regard any public disclosure of allegations against fellow Jews to be chillul Hashem, a “desecration of God’s name.”  Of the more mundane factors which maintain this sickening trend are members of the ultra-Orthodox Jews who simply want to protect their community’s reputation and the families of the accused sickos.  And rabbinical authorities, eager to maintain control, are terrified that outside scrutiny could lead to an erosion of their power,  said Samuel Heilman, a professor of Jewish studies at Queens College.

From the Vatican, to the Sandusky-Paterno scandal, to New York’s ultra-Orthodox Jewish community, we are thankfully beginning to expose the corruption that has destroyed the lives of countless children and young adults.  With more and more news organizations such as The New York Times who are taking these sacred cows head-on, we are are witnessing a new era of truth, justice, and reason unfold.  One where the well-being of human lives are finally being given priority over the sickeningly immoral leadership of our world’s archaic religious institutions.  As celebrated author, philosopher and neuroscientist, Sam Harris, wrote when he first read the NYTimes feature report: “Ultra-Orthodox Jews appear to have been driven completely insane by their fear of the outside world.”  I couldn’t agree more.  You can read the entire 4-page feature report by visiting The New York Times. 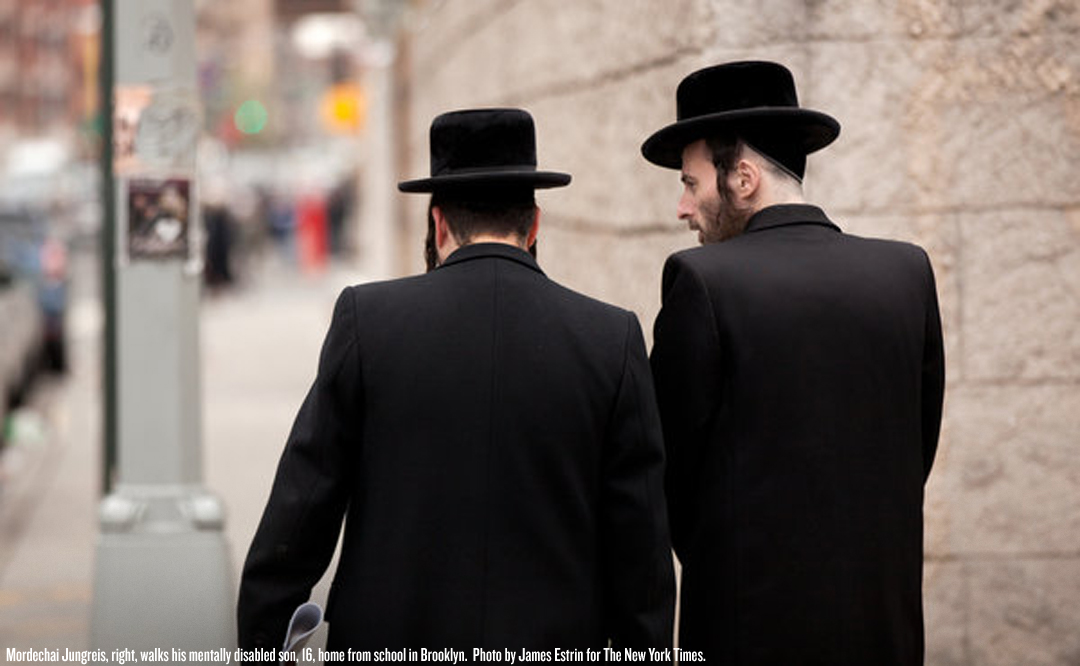 Previous post:
Beach House’s “On The Sea” Is Pretty Much The Most Gorgeous Thing You’ll Hear All Day Next Post:
Watch Charlie Rose’s Fascinating Talk With Time Warner CEO Jeff Bewkes About Future Of Media