More Amazingness From GRIMES: Check Out Her Brand New Hellraising Video For “Nightmusic”

I’m not sure why exactly, but every single time I see the beautiful face of Montreal-based punk-pop queen GRIMES I can’t help but think of Pinhead from the Hellraiser franchise.  And I mean that as a major compliment, just to be clear.  The story of GRIMES is one deeply rooted in a take-no-crap-from-anyone attitude, mixed with incomparable talent.  Her experience as a performer is embedded in the illegal DIY loft culture of Montreal, where GRIMES was one of the prominent figures in the scene surrounding Lab Synthèse – a 4600 sq. ft. re-appropriated textile factory. She developed in a scene where punk ethos and pop music collide, resulting in a distinct sense of community, religiosity and psychedelic revelry.  Her newest album, Visions, incorporates influences as wide as Enya, TLC and Aphex Twin, drawing from genres like New Jack Swing, IDM, New Age, K-pop, Industrial and glitch. This approach has marked Grimes as a curator of culture, and allowed the project to remain flexible and evolving.  A phantasmic state for the deep listener, sourcing the long forgotten spells running alongside humans for centuries and forcing them through a hyper-futuristic filter. Compositional and vocal delivery are coloured with an emotional trauma, and despite a generally upbeat demeanour, an urgency permeates the music. Calling us between our history and the future it uses the pleasure of minimal rhythms and dance to entice, but beyond its rich, software-sculpted cohesiveness, and vocal energy, runs a very real and odd world.  GRIMES just released the brand new video for her latest track from Visions entitled “Nightmusic” (featuring Majical Cloudz) and it’s pretty much perfect.  You can pick up your own hellraising copy of Visions via iTunes, and be sure to follow GRIMES on Facebook and Twitter.  To enter her mother ship be sure to visit GRIMESMUSIC.com. 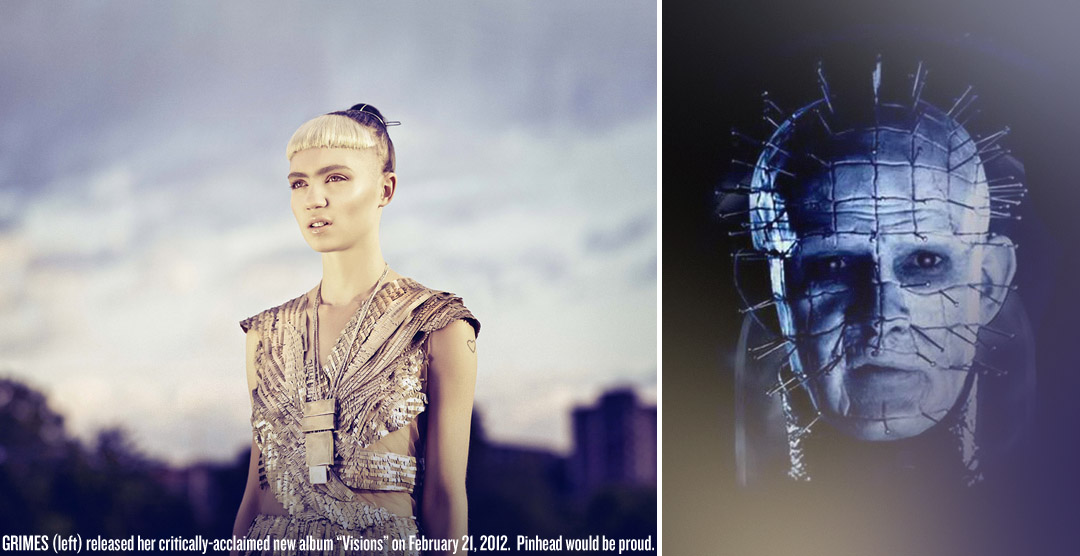 Previous post:
Legendary Harvard Sociobiologist E.O. Wilson Pens A Stunning Essay On “The Origin Of The Arts” Next Post:
Corn, California Almonds, And Fructose: Scientists Discover The 3 Main Reasons Our Bees Are Dying