Since 2006, North America’s bee populations have been plummeting.  Known as Colony Collapse Disorder, the problem has officially become the number one most terrifying concern for farmers, bee-keepers, and our continent’s leading experts in the field of agriculture.  Theories were floating around for years that the massive die-off was the cause of everything from cell phone towers to wi-fi signals, but scientists have now proven the three main causes of Colony Collapse Disorder: 1) a chemical compound used in corn pesticide, 2) the fact that the bees are fed a toxic high-fructose diet to pump them up with enough energy to pollinate more plants than usual, and 3) the pollination of California’s gargantuan almond crops.  The pesticide problem was not a shock, but the high-fructose diet was a real surprise to me, as was the explanation of the epic scale of logistics that happens each year in order to pollinate California’s almonds.  The must-see report of all three videos below is definitely the first one courtesy of FORA, where Michael Pollan explains pretty much everything perfectly.  The second video comes from a PBS special which explains the annual trucking route/workload of these poor honey bees, and thirdly is a report from NBC NEWS’ Anne Thompson which explains in more detail the pesticide danger (NOTE: watch for the scientist at the end who discredits the pesticide problem — if you look closely you will notice he’s sitting on a load of cash courtesy of the pesticide manufacturer). 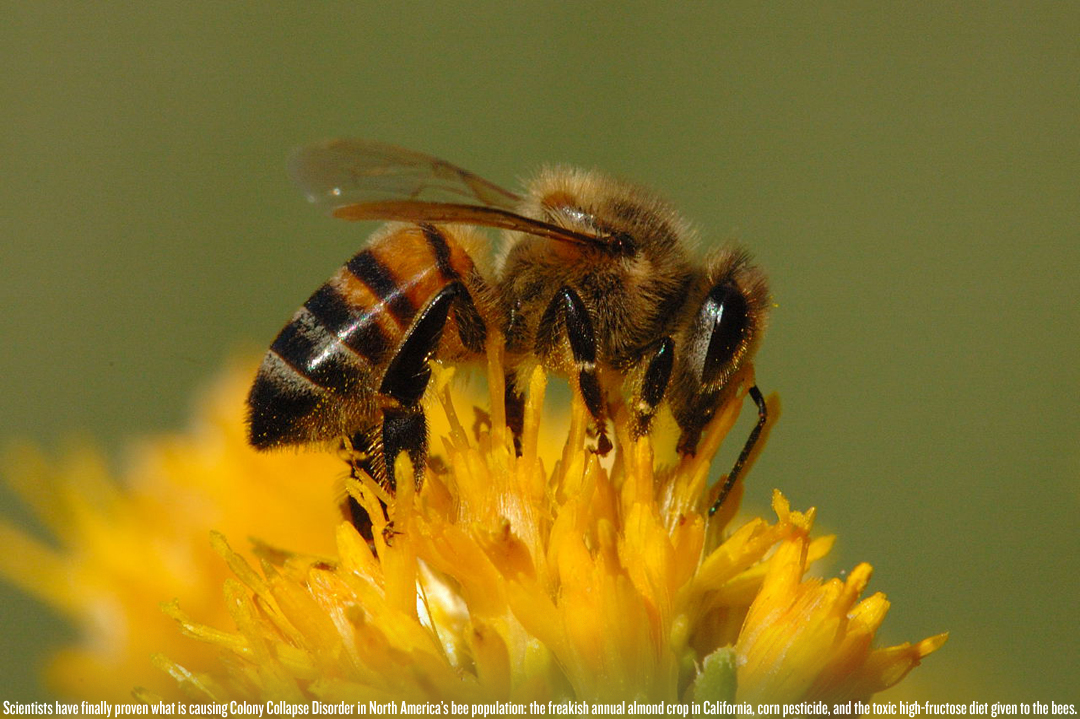