After a long, hard-fought battle with cancer, Beastie Boy Adam Yauch passed away Friday at the age of 47.  Yauch, also known as MCA, co-founded the hip-hop group The Beastie Boys, alongside his best buddies Mike “Mike D” Diamond and Adam “Ad-Rock” Horovitz in 1979. The band started off as a hardcore punk group, but soon began experimenting with hip-hop. The band broke huge with their first proper album, Licensed to Ill, in 1986; it was the biggest-selling rap album of the decade and the first to reach Number One on the Billboard chart. Further albums Paul’s Boutique, Check Your Head and Ill Communication cemented the Beasties as a true superstar act.  In addition to his career with the Beastie Boys, Yauch was heavily involved in the movement to free Tibet. A founder of the Milarepa Fund, Yauch was instrumental in the first Tibetan Freedom Concert in San Francisco’s Golden Gate Park 1996, which drew 100,000 people – the largest U.S. benefit concert since 1985’s Live Aid. After 9/11, Yauch and the Beastie Boys organized New Yorkers Against Violence, a concert benefit for some of the victims least likely to receive help from elsewhere.  Last night during a performance at the Hollywood Bowl, Coldplay paid a stunning tribute to Yauch with their touching rendition of “(You Gotta) Fight For Your Right (To Party)”.  Amazingness. 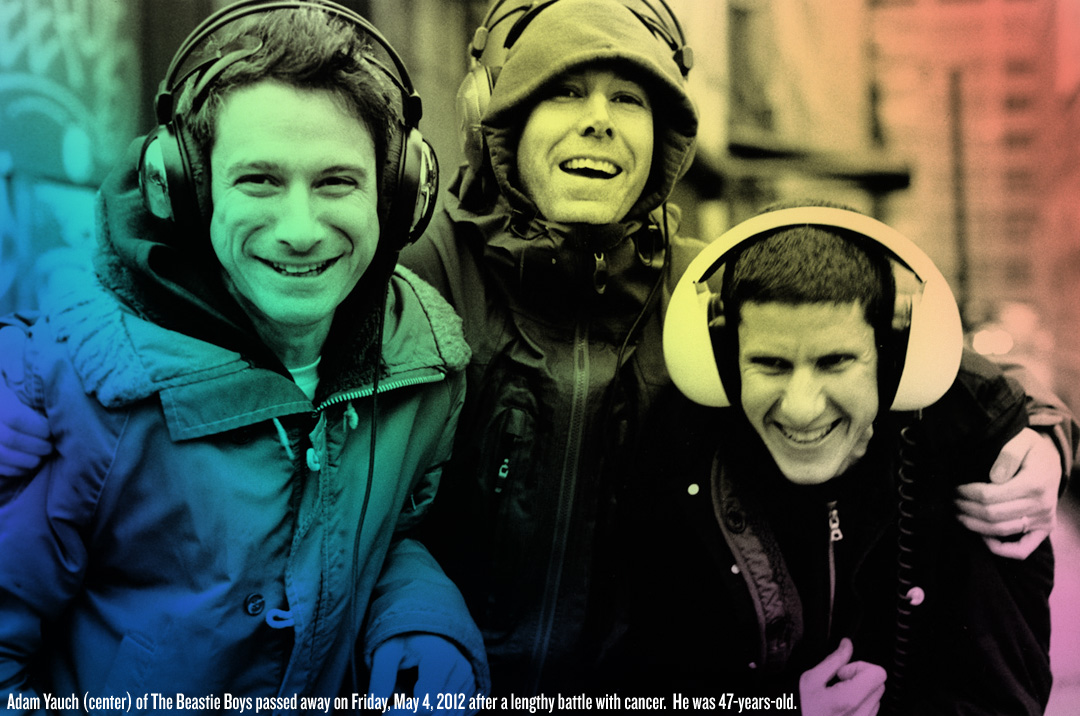 Previous post:
Watch As NASA Breaks Down Everything You Need To Know About Tonight’s Super Moon Next Post:
60 Minutes Meets Trotsky’s Great-Granddaughter, The Woman Revolutionizing The Science Of Addiction