If the gods of wind are kind to New York City on Monday morning, something remarkable is about to happen in the downtown core: a steel column will be hoisted atop the exoskeleton of 1 World Trade Center and New York will have a new tallest building.  More importantly, New York’s downtown will have reclaimed its pole star.  As The New York Times writes: “poking into the sky, the first column of the 100th floor of 1 World Trade Center will bring the tower to a height of 1,271 feet, making it 21 feet higher than the Empire State Building.  After several notorious false starts, a skyscraper has finally taken form at ground zero. At first, its twin cranes could be detected creeping over the jumbled tops of nearby towers. Then, at the rate of a new floor every week, it began reshaping the Manhattan skyline as seen from New Jersey. By late last fall, it could be spotted from the control tower at La Guardia Airport, eight and a half miles away.  A tower has again become an inescapable presence at the southern end of Manhattan.”  To read the entire story about the remarkable construction of this even more remarkable building be sure to visit The New York Times. 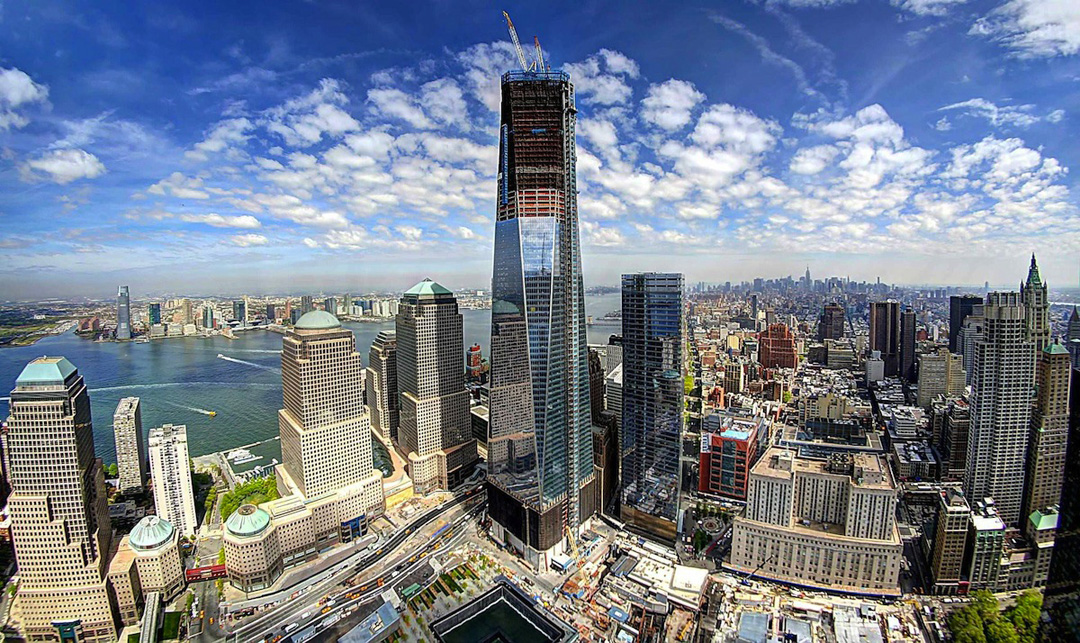