I’ve been a news junkie pretty much my entire life.  And over the past 36 years there has been one news broadcast that has provided not only me, but the entire world, with a constant source of profound information, insight, power, and wisdom: the legacy news magazine 60 Minutes which debuted in 1968.  At the bow of this cultural landmark has been the incomparable and legendary journalist Mike Wallace, who passed away on Sunday.  Mike’s longtime home network, CBS NEWS, was the first to make the announcement which came with a look back at Wallace’s extraordinary life and career:

For half a century, he took on corrupt politicians, scam artists and bureaucratic bumblers. His visits were preceded by the four dreaded words: Mike Wallace is here. Wallace took to heart the old reporter’s pledge to comfort the afflicted and afflict the comfortable. He characterized himself as “nosy and insistent.” So insistent, there were very few 20th century icons who didn’t submit to a Mike Wallace interview. He lectured Vladimir Putin, the President of Russia, on corruption. He lectured Yassir Arafat on violence. He asked the Ayatollah Khoumeini if he were crazy. He traveled with Martin Luther King (whom Wallace called his hero). He grappled with Louis Farrakhan. And he interviewed Malcolm X shortly before his assassination  …It was 65 years from Mike’s first appearance on camera – a World War II film for the Navy – to his last television appearance, a 60 Minutes interview with Roger Clemens, the baseball star trying to fight off accusations of steroid use. 65 years! It’s strange, but for such a tough guy, Mike’s all-time favorite interview was the one with another legend, pianist Vladimir Horowitz. The two of them, forces of nature both: Sly, manic, egos rampant. For Mike – a red, white and blue kind of guy – Horowitz played “The Stars and Stripes Forever.” It almost brought tears to the toughest guy on television. “It’s astonishing what you learn and feel and see along the way,” Wallace said. “That’s why a reporter’s job, as you know, is such a joy.”

You can read the entire story by visiting CBS NEWS.  To enter the world of 60 Minutes be sure to visit the show at 60Minutes.com and follow the show on Facebook.  I’ve also attached below CBS NEWS’ story, my favorite interview of Mike’s which he conducted with Frank Lloyd Wright in 1957, and Wallace’s own personal favorite interview of all time, which he conducted with pianist Vladimir Horowitz in 1977.  Fifty years of shutting down the villains and lifting up the heroes: through journalism Mike Wallace made the world a better place than the one he was given. There will never be anyone like him again. See you on the other side Mike! 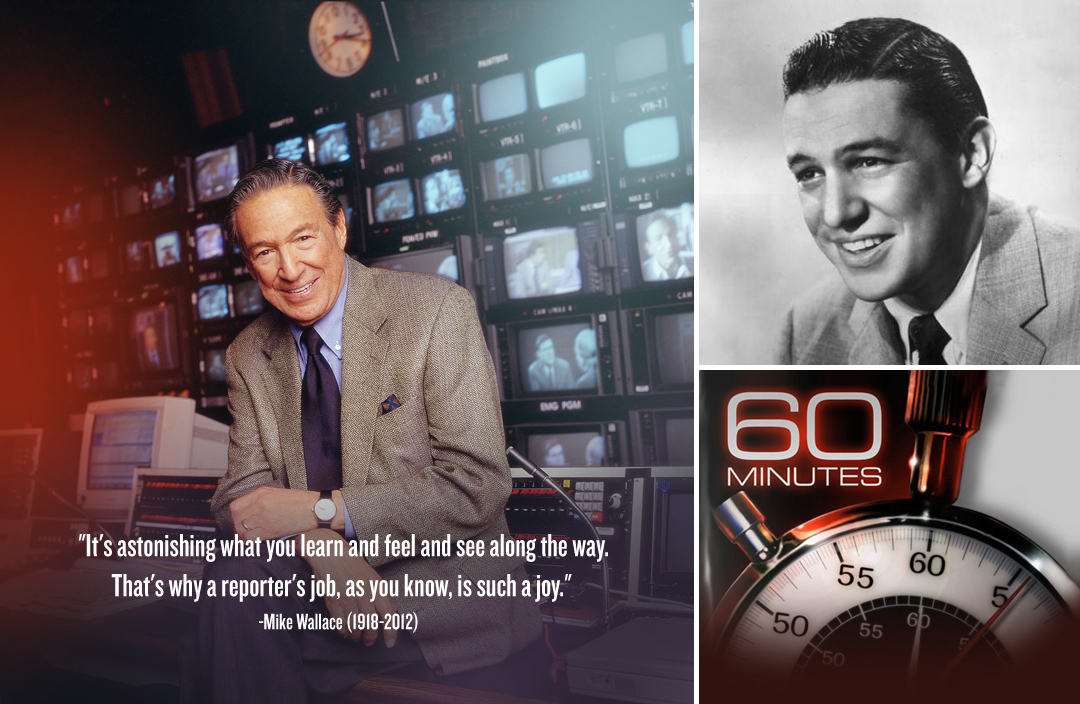