Between 1977-1980 a poltergeist terrorized a small family in Enfield, England, in North London, at 284 Green Street, a council house rented to Peggy Hodgson, a single mother with four children.  During this time furniture is said to have moved by itself, knockings on the walls were heard, and children’s toys were said to have been thrown around and to have been too hot to touch when picked up.  A police officer signed an affidavit to affirm that she saw a chair move violently across the room.  Reports of the activity attracted various visitors including mediums and members of the press. One photographer even reported being hit on the forehead with a flying object.  After visiting the house, George Fallows, a senior reporter for the Daily Mirror, suggested that the Society for Psychical Research (SPR) be called in to investigate. The police officers and journalists who experienced the traumatic paranormal encounter all remain shaken by what they experienced.  The Enfield Poltergeist remains the most famous case of poltergeist activity in the world.  And my underwear remains stained by the following documentary. 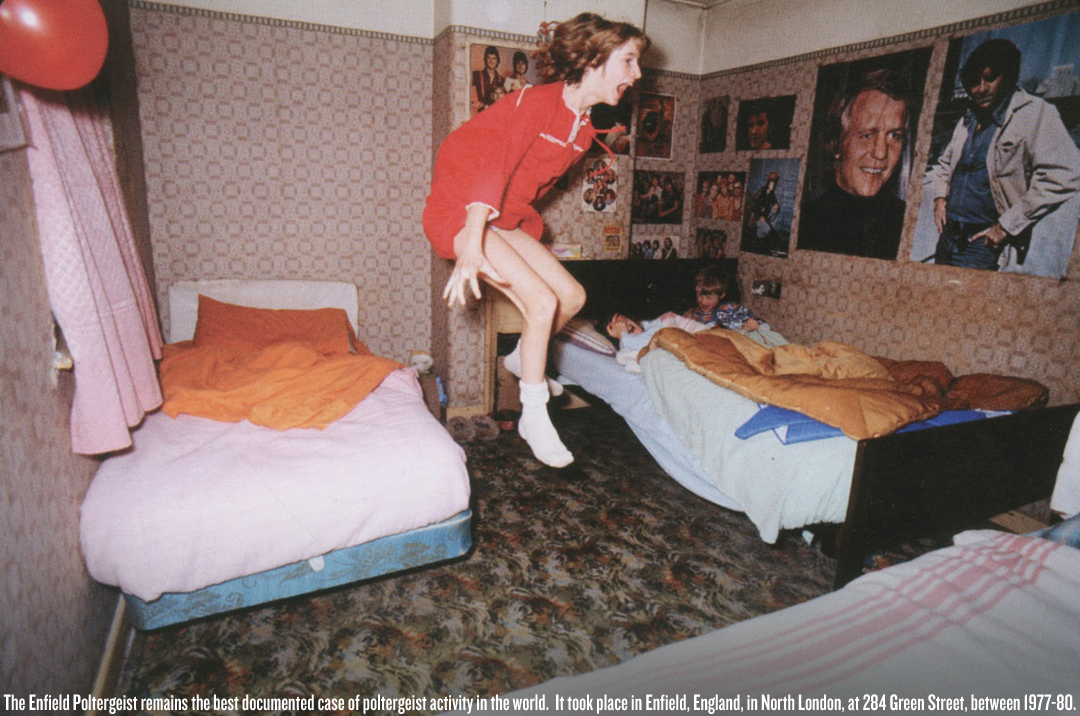