Using data captured over a 30-month period between June 2005 and December 2007, the team at The Scientific Visualization Studio located at NASA’s Goddard Space Flight Center assembled one of the most extraordinary timelapse videos I have ever seen.  Entitled “Perpetual Ocena”, the video visualizes the ocean’s surface currents, and was created using NASA and JPL’s high-res model of the world’s oceans, which is normally used for running simulations and predicting changes in the currents.  GIZMODO was the first to point out the similarities between the final result and the impressionist style of Van Gogh, which begs the question: perhaps Van Gogh was from another dimension where time moved much faster?  Makes sense to me. 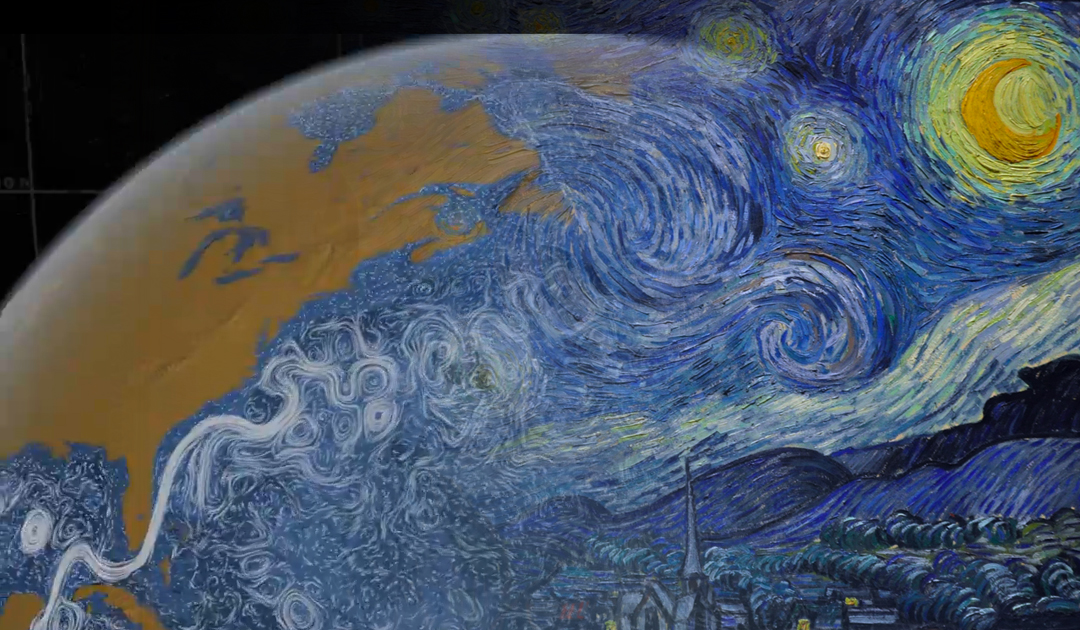 Previous post:
The 3-Year-Long 1977 Enfield Poltergeist Continues To Terrify Police & Journalists Who Witnessed It Next Post:
Angela Gheorghiu’s “Vissi d’Arte” From Puccini’s ‘TOSCA’ Will Give You Chills On Your Goosebumps