The Right Way & The Wrong Way To Pedestal: How To Idealize Your Spouse (Without Being A Fool)

A new study says that there’s a right way and a wrong way to put your partner on a pedestal.  Conventional wisdom tells us that entering a marriage with bright eyes and bushy tails is the number one way to guarantee future disappointment and future mega problems.  And a major new 13-year study from the University of Texas, Austin, has proven so much to be very true.  The giant body of research has revealed beyond a shadow of a doubt that couples with lengthy courtship periods — who have successfully managed to discover each others’ strengths and weaknesses — are far more likely to remain happily married in the long run.  The research has also proven that couples with “Hollywood Romances” (passionate courtships that result in marriage) quickly arrived at a state of dissatisfaction with each other. , and were more likely to divorce in seven years.  Adding to the complexity is a newly published longitudinal study in the journal Psychological Science (Murray, Griffin, Derrick, Harris, Aloni, and Leder, 2011) which tracked the marriage satisfaction of 193 newlywed couples over the course of three years.  The researchers were particularly interested in the role of partner idealization on subsequent marriage satisfaction — that is, how much each partner in the relationship idealized the other as “the perfect partner” and whether this was destructive for the relationship.  To find out what they discovered, and what it means to you, simply CLICK HERE.  For more great discoveries such as this be sure to visit The Greater Good: The Science Of A Meaningful Life, and follow The Greater Good Science Center on Facebook. 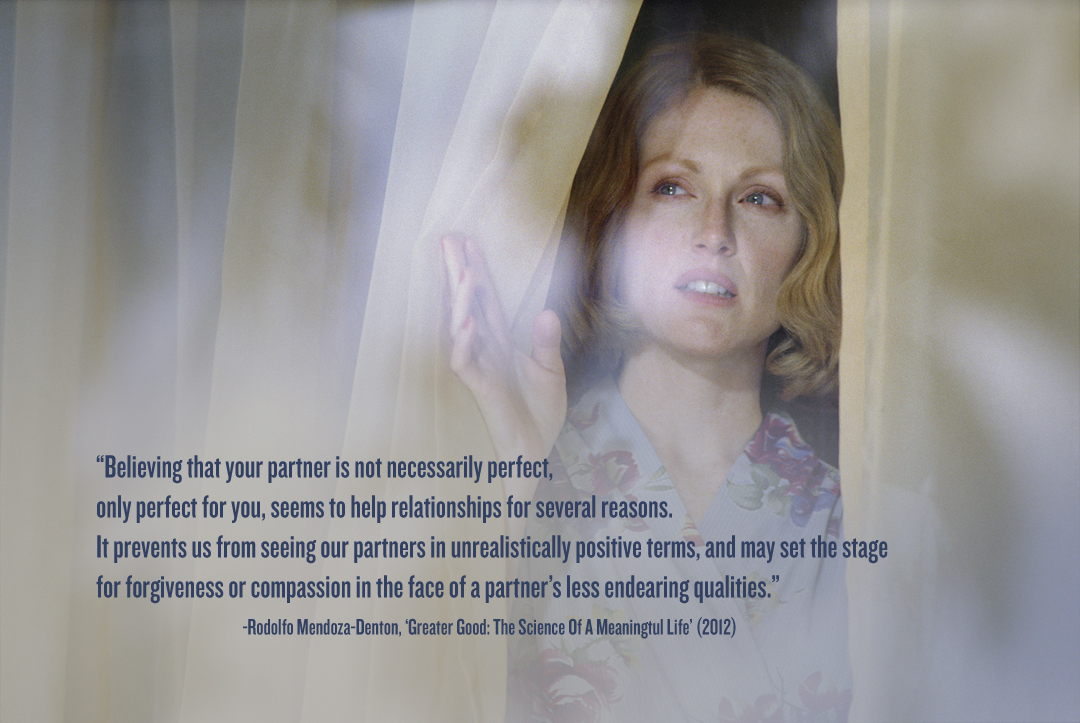