It’s March, which means the cinephiles of the world (yours truly included) are anxiously awaiting the lineup announcement of this year’s Cannes International Film Festival.  So far I have three Cannes films circled with a big red marker: 1) Wes Anderson’s Moonrise Kingdom,  2) Walter Salles’ On The Road, and 3) Xavier Dolan’s Laurence Anyways.  Exactly one week ago, Dolan released the very first trailer for Laurence Anyways and it absolutely blew me away (The Playlist‘s Kevin Jagernauth fell in love with it as well, calling it “effortlessly gorgeous.”)  Dolan, of course, is the prodigious — and freakishly young — Montreal director who captivated the world with his 2009 film J’ai Tué Ma Mère (I Killed My Mother) which bowed to explosive praise at the 2009 Cannes International Film Festival.  By the time Dolan had left the famed La Croisette that year he had taken away no less than three major awards: Cannes’ C.I.C.A.E. Award, Cannes’ Prix Regards Jeune, and Cannes’ SACD Prize (Director’s Fortnight).  To put things in perspective, this Cannes motherload took place a mere two months after his 20th birthday.  And the critical acclaim for didn’t stop in France either: Dolan went around the world collecting top prizes at various prestigious film festivals worldwide, and even took home a Genie Award (Canada’s Academy Award) for Best Film.

The most exciting thing about Xavier Dolan is that he’s just getting started.  Some directors spend their entire lifetimes searching for even a small portion of the acclaim that Dolan has earned in just a few short years.  And it looks as if Dolan is about to strike gold in Cannes once again with his highly anticipated Laurence Anyways.  The film stars Melvil Poupad, Nathalie Baye, Suzanne Clement and Monia Chokri, and tells the story of Laurence (Poupaud) who, on his 30th birthday, opens his heart to his girlfriend to confess his deepest hidden desire: he wants to become a woman.  Shocked at first, his girlfriend stays by his side for the journey of self discovery and self expression, and if the trailer is any indication, Laurence Anyways promises to be a feast in every possible way.

The Cannes International Film Festival kicks off on May 16th, 2012, and Laurence Anyways is set to open in Canadian cinemas in May as well.  A U.S. sale will happen almost immediately following the Cannes screening, so look for Laurence Anyways in American theaters around late summer / early fall.  To enter the world of Xavier Dolan be sure to visit his site at XAVIER-DOLAN.com, and follow him on Facebook.  Interview magazine sat down with Xavier a while back for a great feature interview and you can read it in full by visiting InterviewMagazine.com. 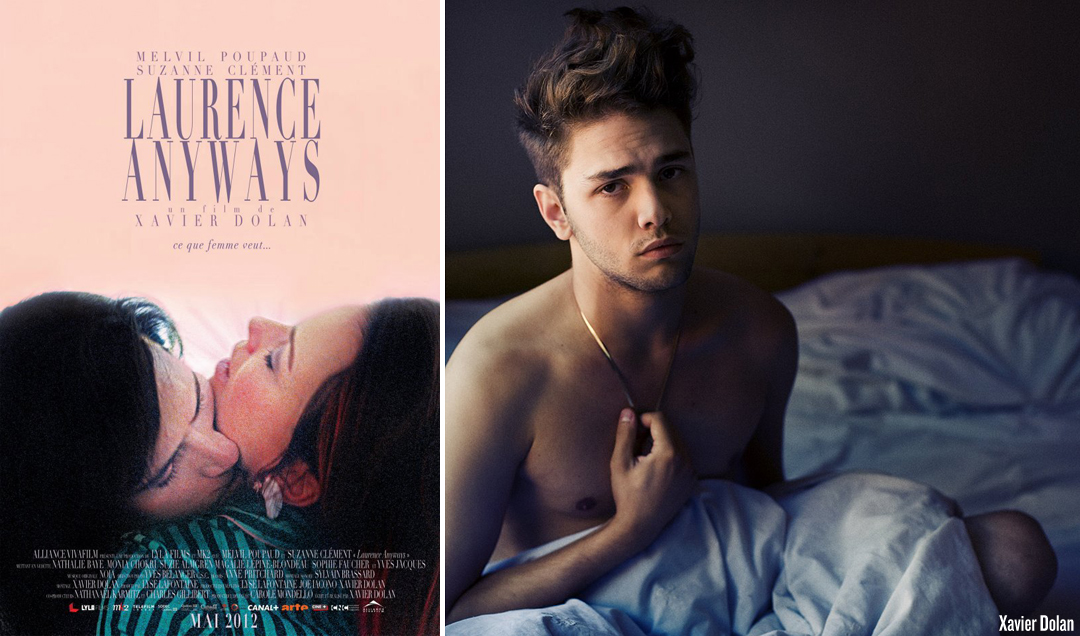