The Wall Street Journal reported yesterday on a new scientific discovery which confirms that sexual deprivation and sexual frustration drive males to drink.  It’s not as if this news would surprise anyone who eavesdrops on conversations at their favorite bar, but the fascinating part of the discovery comes in the form of a brain chemical called nanopeptide F (NPF).  In the experiment conducted on fruit flies, researchers confirmed that male fruit flies who mated regularly had much higher levels of NPF than their comrades who weren’t getting laid.  So what does this have to do with alcohol?  The scientists revealed how the male flies who weren’t getting it on — AND the male flies who were getting sex often, but whose NPF levels were lowered by the researchers — showed a huge preference for alcohol-laced food.  The following is a summary as well as a more complex abstract from the experiment:

SIMPLE SUMMARY: Sex is widely recognized as rewarding across the animal kingdom, but rejection of sexual advances or even deprivation can have negative effects. Behavioral studies indicate that sex can be positive—that is, viewed as a reward—in some learning experiments. Rejection of a sexual advance can also have lasting effects on physiology and behavior. How the success or failure of courtship behaviors are linked to other behaviors has been difficult to address. On page 1351 of this issue Shohat-Ophir et al.(1) assess the connection between the rewarding properties of sex and the effects of sex deprivation in the fly Drosophila melanogaster. The authors discover a neural system defined by a specific neuropeptide that unexpectedly couples courtship rejection or sex deprivation to a rewarding behavior—ethanol consumption.

SCIENTIFIC ABSTRACT: The brain’s reward systems reinforce behaviors required for species survival, including sex, food consumption, and social interaction. Drugs of abuse co-opt these neural pathways, which can lead to addiction. Here, we used Drosophila melanogaster to investigate the relationship between natural and drug rewards. In males, mating increased, whereas sexual deprivation reduced, neuropeptide F (NPF) levels. Activation or inhibition of the NPF system in turn reduced or enhanced ethanol preference. These results thus link sexual experience, NPF system activity, and ethanol consumption. Artificial activation of NPF neurons was in itself rewarding and precluded the ability of ethanol to act as a reward. We propose that activity of the NPF–NPF receptor axis represents the state of the fly reward system and modifies behavior accordingly.

The complete report is being published on March 16th in the journal Science.  As Bloomberg News notes, this confirmation could have major implications for the study of addiction, and its roots in the complicated dance between nature and nurture (to read the Bloomberg article CLICK HERE).  And as one of the researchers tells the Associated Press: “I think it’s a pretty good bet that it will translate to humans” (you can read the Associated Press article by CLICKING HERE).  The same study also showed that the fruit flies who curated their own blogs on a daily basis also lacked a sufficient amount of sex.  The scientists tried to coax these blogging fruit flies into the fly gym to get buffed up for a summer of more sex, but the blogging fruit flies consistently found excuses to not go.  These flies showed increased levels of a brain chemical called procrastineptide LAZ-Y. 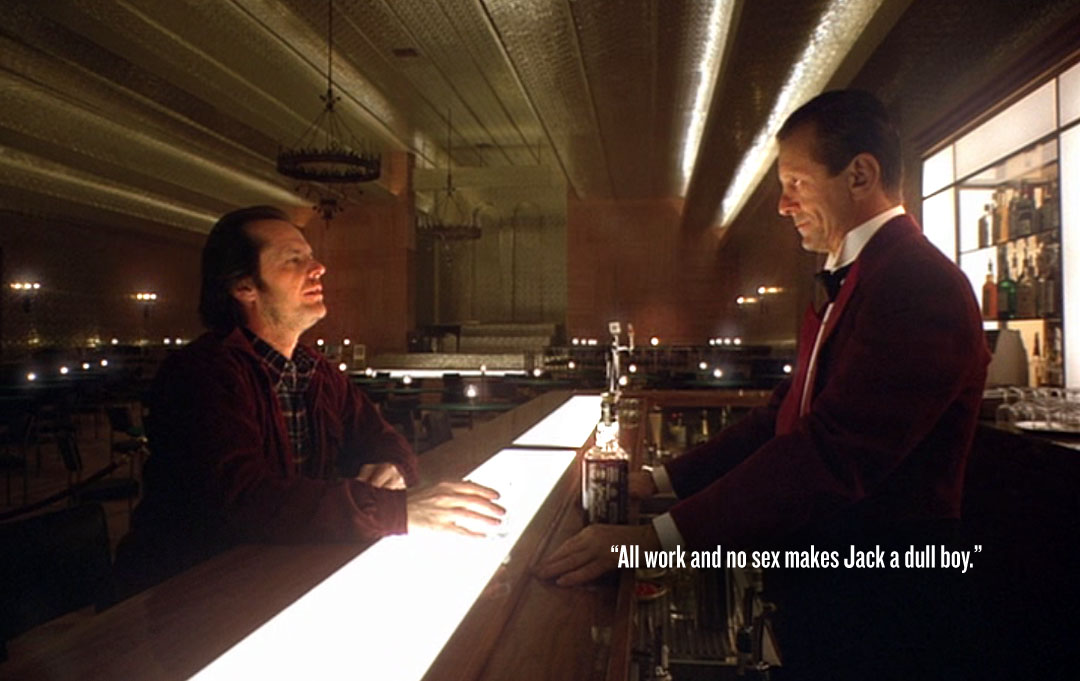