Explorers have known for more than 25 years now exactly where the bow and stern of the Titanic landed after the vessel struck an iceberg on April 15th, 1912 and sank approximately 375 miles south of Newfoundland, Canada, killing more than 1,517 people (it was traveling from Southampton, England to New York City, and more than 680 people survived the tragedy).  For years professional explorers visiting the site relied on old, incomplete maps, but this has changed forever thanks to the incredible work of an expedition team which used sonar imaging combined with more than 100,000 photos taken from underwater robots to painstakingly construct an unparalleled map which shows where hundreds of objects and pieces of the ship rested on the sea floor.  Parks Stephenson, a Titanic historian who consulted on the 2010 expedition, told The Telegraph in a recent interview that navigating the site previously was like trying to navigate a dark room with a weak flashlight: “With the sonar map, it’s like suddenly the entire room lit up and you can go from room to room with a magnifying glass and document it,” he said. “Nothing like this has ever been done for the Titanic site.”

The mapping took place in the summer of 2010 during an expedition to the Titanic led by RMS Titanic Inc., the legal custodian of the wreck, along with Woods Hole Oceanographic Institution in Falmouth, Massachusetts and the Waitt Institute of La Jolla, California.  They were joined by the cable History channel and the National Oceanic and Atmospheric Administration, and the National Park Service is involved in the mapping. Details on the new findings at the bottom of the ocean are not being revealed yet, but the network will air them in a two-hour documentary on April 15th, exactly 100 years after the Titanic sank.  As The Telegraph reports: “The expedition team ran two independently self-controlled robots known as autonomous underwater vehicles along the ocean bottom day and night. The torpedo-shaped AUVs surveyed the site with side-scan sonar, moving at a little more than 3 miles per hour as they traversed back and forth in a grid along the bottom, said Paul-Henry Nargeolet, the expedition’s co-leader with RMS Titanic Inc. Dave Gallo from the Woods Hole Oceanographic Institution was the other co-leader.”  The result is a map that looks something like the moon’s surface showing debris scattered across the ocean floor well beyond the large bow and stern sections that rest about half a mile apart.

The AUVs also took high-resolution photos – 130,000 of them in all – of a smaller 2 mile -by-3-mile area where most of the debris was concentrated. The photos were stitched together on a computer to provide a detailed photo mosaic of the debris.  The map provides a forensic tool with which scientists can examine the wreck site much the way an airplane wreck would be investigated on land, Nargeolet said.  To view the map CLICK HERE, and you can also click on any of the images below to enlarge them.  To learn more about the extraordinary achievement be sure to visit The Telegraph. 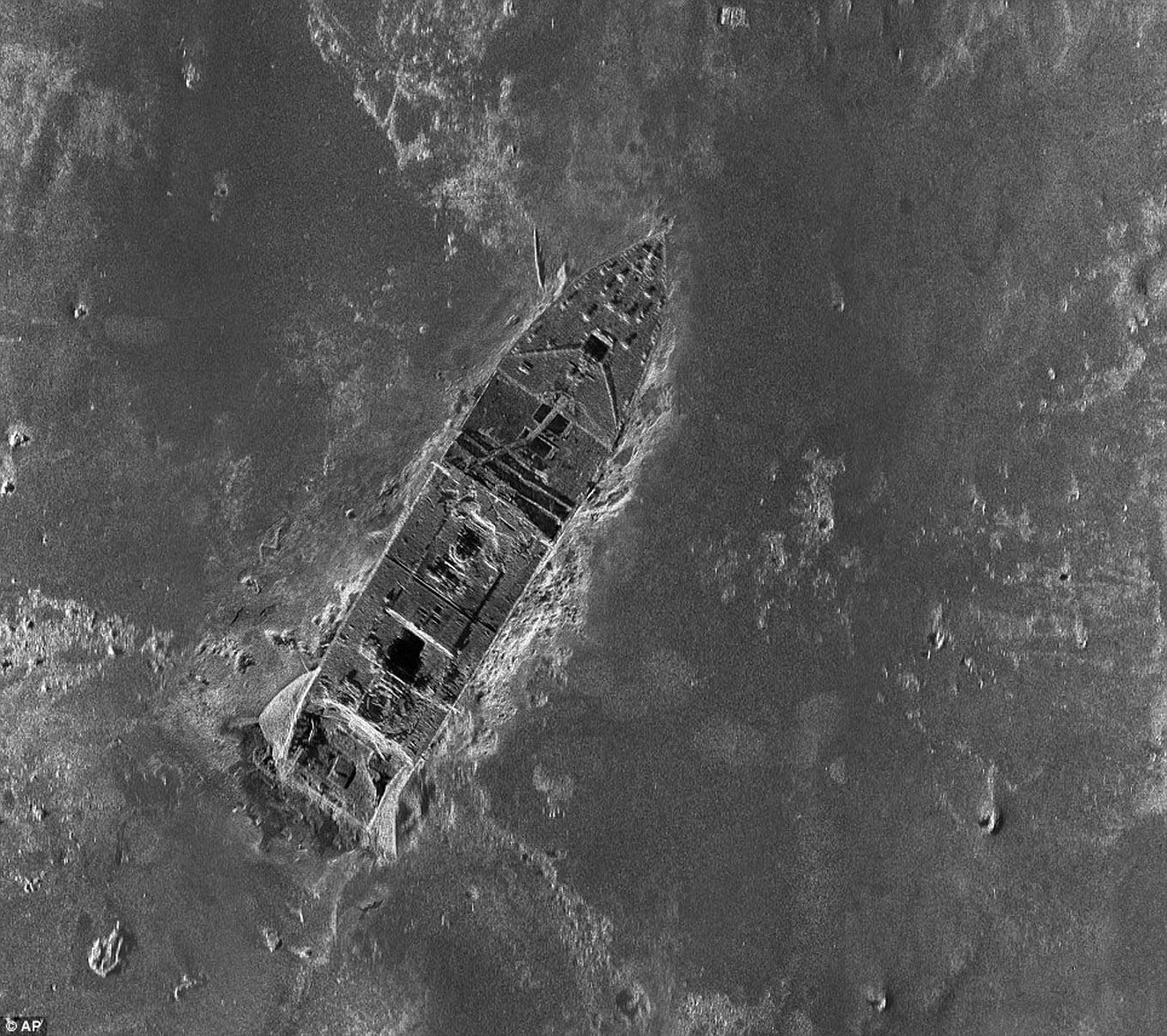 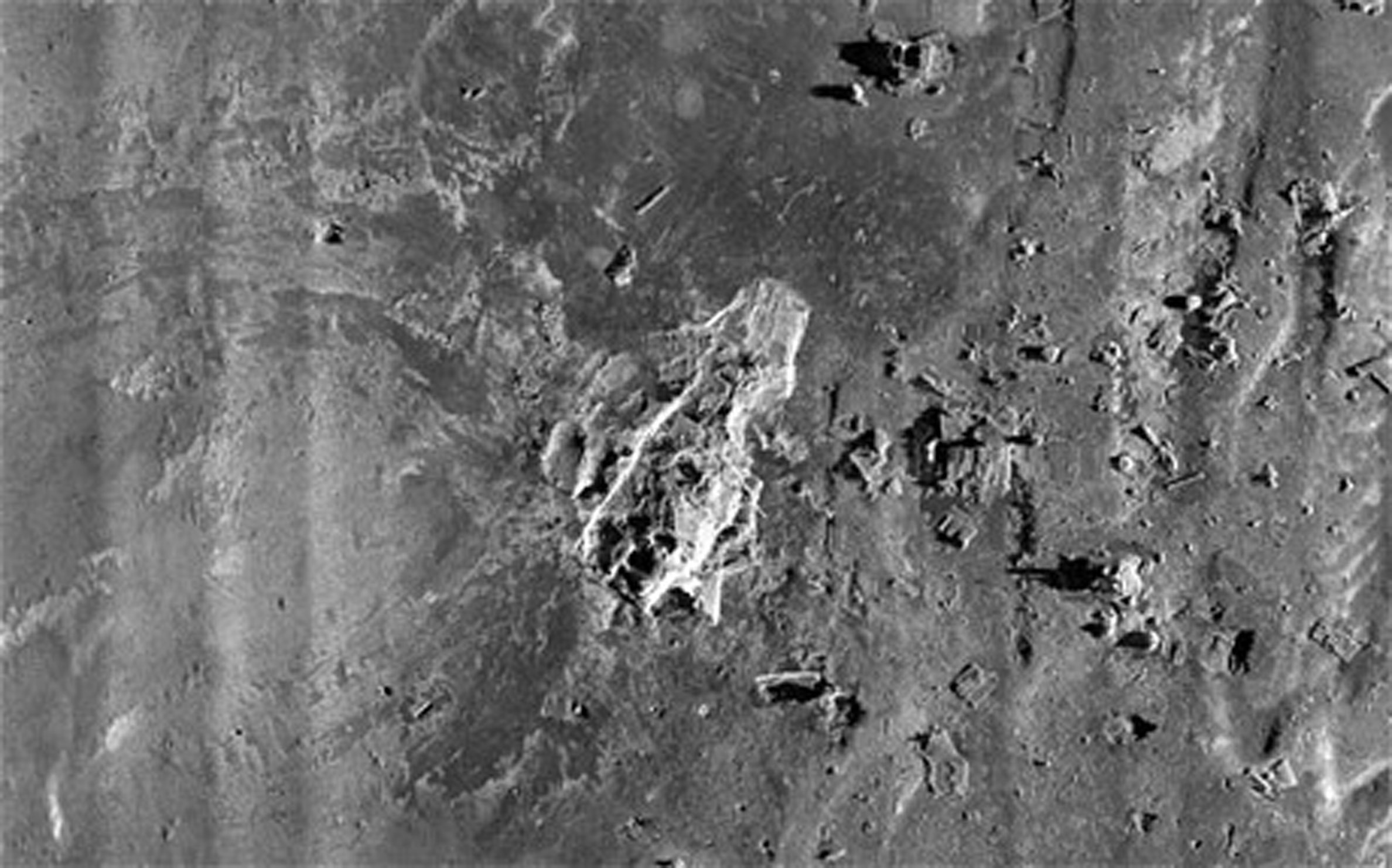 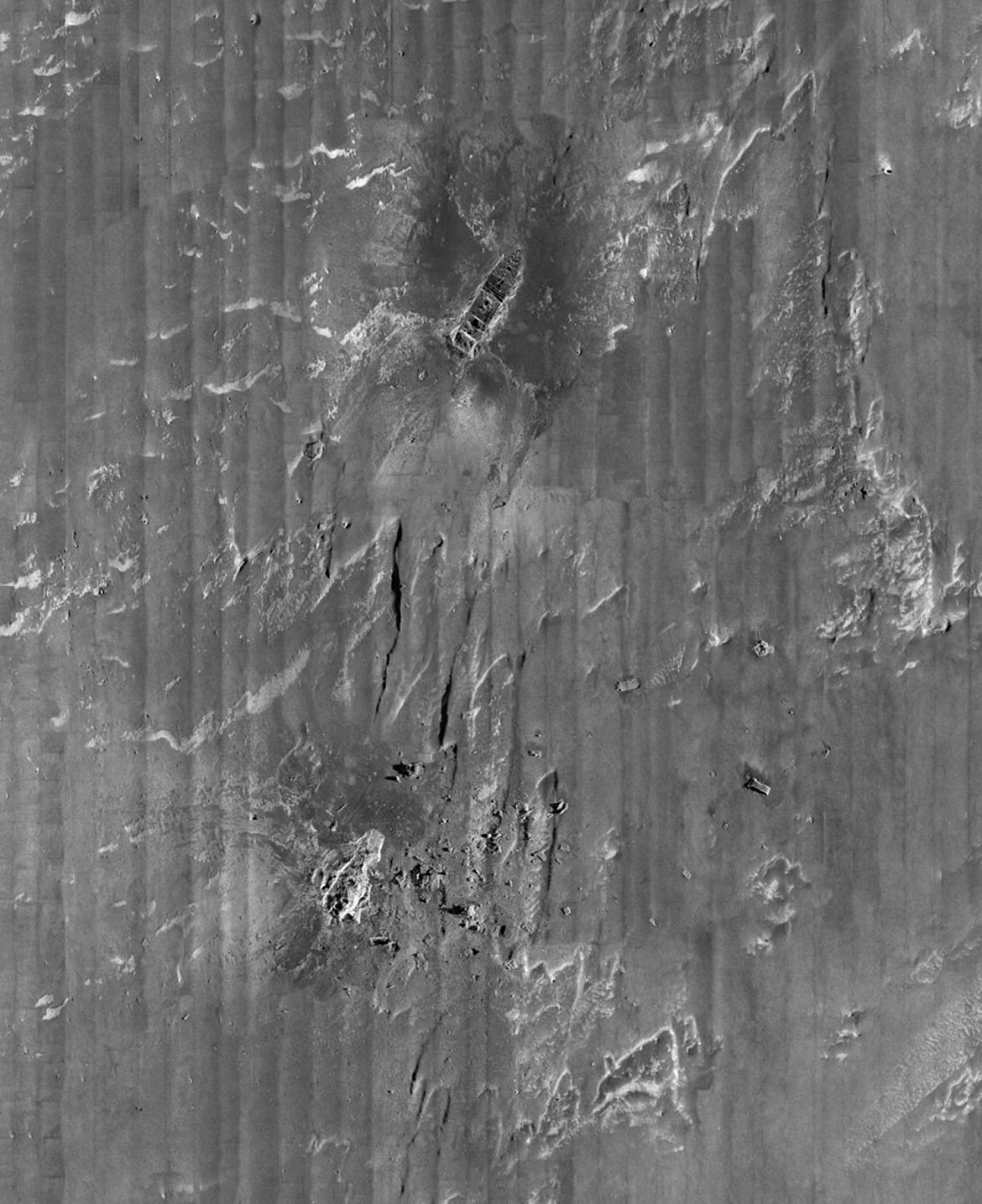