I am so impressed by director and activist Jennifer Siebel-Newsom‘s new documentary Miss Representation I challenge every single school board in the world to make this mandatory viewing.  This past Monday I selected CNN’s 6-week series on our world’s perception of beauty as this week’s Spotlight Of The Week here on FEELguide after reading their first installment entitled “Beholding Beauty: How It’s Been Studied” (read more about that HERE).  In part 2 of their series CNN brings Siebel-Newsom’s documentary into their own spotlight with the CNN feature entitled “Sex, Lies & Media: New Wave of Activists Challenge Notions of Beauty“.  CNN interviewed Siebel-Newsom about the powerful message of her film:

What’s the connection? We live in a sexualized society where the gap between fantasy and reality is vast and harmful, director and activist Jennifer Siebel-Newsom says.  “Women are aspiring to do great things in leadership, yet the glass ceiling is still there because of the way media depict women,” Siebel-Newsom said.  “It influences our culture and dictates our gender norms and values.”  Siebel-Newsom’s documentary, Miss Representation, is the latest cinematic foray in the movement to challenge portrayals of beauty in “the media,” a term used to describe all forms of mass communication, from the internet, TV, film, magazines, radio and advertising.  It may sound like some tired feminist rant to anyone who grew up with a smartphone. In fact, women are objectified more than ever, experts say, thanks to a constant barrage of images from all forms of media, many of them connecting products to a pair of breasts and a coy smile.

Among the leaders in media activism who appear in Miss Representation are: Jane Fonda, Rosario Dawson, Condoleeza Rice, Katie Couric, Rachel Maddow, Gloria Steinem and Newark, New Jersey, Mayor Cory Booker to make the argument at the heart of the media activist movement, that society measures a woman’s value by her physical attractiveness and not in her capacity for leadership.  The film has been screened in nearly every U.S. State, as well as the halls of power of such institutions as The World Bank and The British House Of Parliament, and more than 2,000 schools have purchased curricula based on the film for classroom discussions.  Since airing on the Oprah Winfrey Network in November 2011 , Miss Representation has evolved into a call-to-arms with more than 50,000 Facebook fans and 2,268 “social action representatives” as far away as Israel and Pakistan. They receive weekly action alerts on how to spread the message, from calling out sexist Super Bowl ads on social media under the hashtag #notbuyingit or talking to men in their lives about the social impact of the Sports Illustrated Swimsuit Edition.  Miss Representation is a fascinating film which not only sheds light on the disturbing portrayal of women in the media, it also articulates the steps which need to be taken immediately for women to set this right.  You can read CNN’s entire feature profile of the film by visiting CNN.com.

To learn how you can FIND or HOST a screening of Miss Representation in your city or town be sure to visit MissRepresentation.org.  And you can also use two of the most powerful tools of the 21st century to join the fight: Twitter and Facebook.  Miss Representation also has a terrific blog which you can visit by CLICKING HERE, as well as a great selection of videos on their YouTube channel.

SEE ALSO: What Do Gloria Steinem & Nirvana’s “Nevermind” Have In Common? 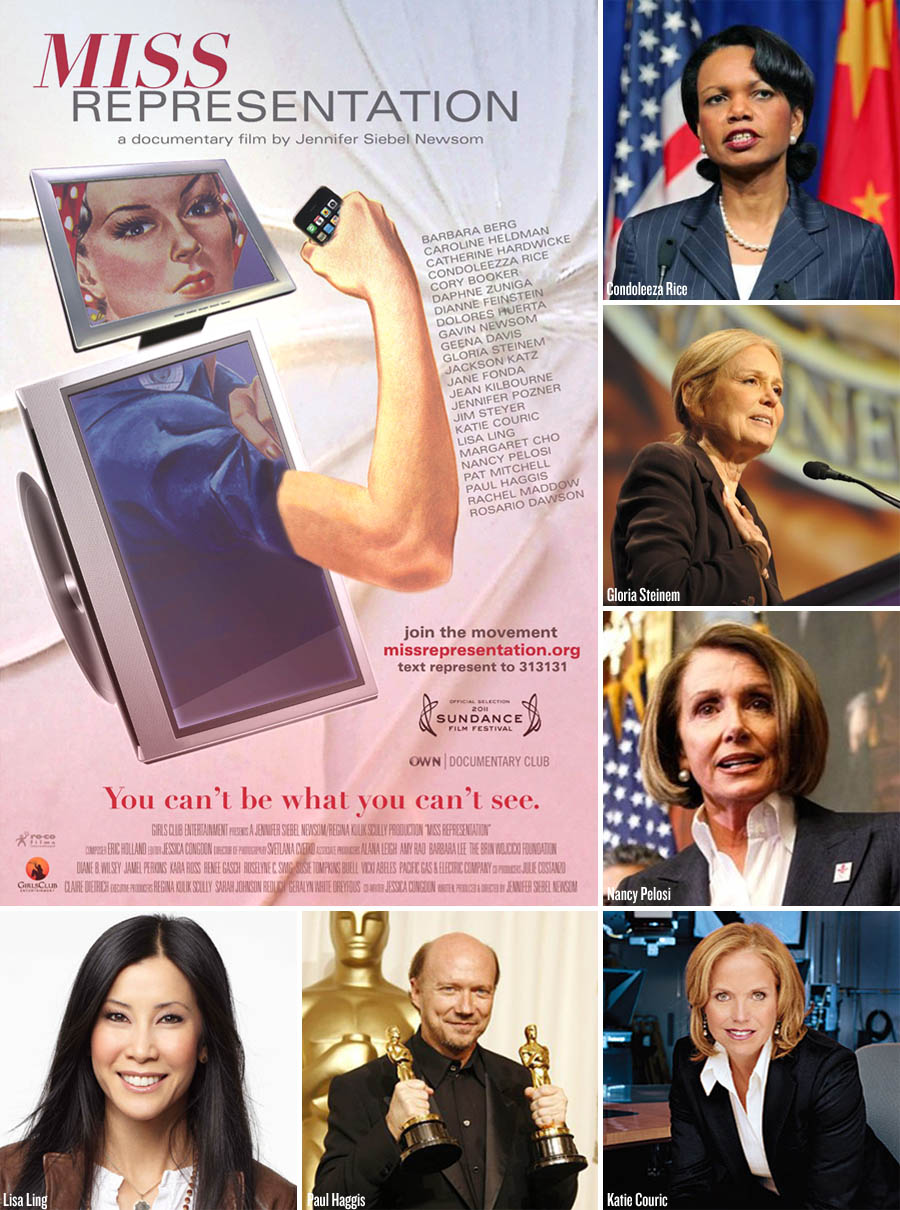 Previous post:
Britney Spears’ Agents Wrapping Up Contract Negotiations To Host “X FACTOR”, Could Sign Next Week Next Post:
I’m Not A Huge Adele Fan, But This DAFT PUNK Remix Could Be The Greatest Remix Of All Time